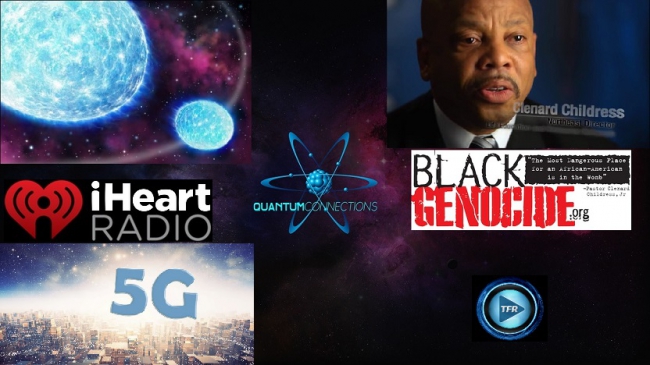 Rev Childress tells how Black Lives Matter #BLM should never be meeting with Planned Parenthood; if Black Lives Matter, then why would they coordinate with the group that is the number one killer of black children.

Millstone Report: Former northeast Ohio mayor admits to raping 4-year-old. Mayor asks FBI to investigate child sex-abuse claims against police. Rebublican Oklahoma State Senator Ralph Shortey charged with engaging in child prostitution. Recidivist drug dealer faces jail again after Obama commuted his last sentence. Can quantum theory explain why jokes are funny? Where is Michelle Obama? Barack Obama arrives in French Polynesia without wife. Turkey Says it Does Not Recognize Crimea’s Reintegration into Russia. Iota Orionis: Pulsating beacon of a constellation. The Same Frequencies Used for Pain-Inflicting Crowd Control Weapons Form the Foundation of the Network that Will Tie Together More Than 50 Billion Devices As Part of the Internet of Things. Like a tsunami: Giant waves kill 1 and injure 17 in Iran – 5 missing (video). There was a small tech issue due to the storms coming through Tennessee.

Rev. Dr. Clenard H. Childress, Jr., is the senior pastor of The New Calvary Baptist Church in Montclair, NJ. He is the founder of the website Blackgenocide.org and president of Life Education And Resource Network, Northeast. LEARN is the largest African-American pro-life group in the US. Rev. Childress is a leader in social activism and partners with the Center For Bioethical Reform, taking the Genocide Awareness Projects to college campuses around the country.

He voiced his hope for Wikileaks will expose how the Abortion industry is very responsible for the genocide of Black Americans. He exposes how the Academia is the grounds for the indoctrination of anti-children to the young adults. Representatives have sold out their constituents by working with and recruiting to abortion. Strangely, the best response the Reverend has gotten was from Louis Farrakhan and the Nation of Islam. And, surprisingly, there are mixed results from the Christian groups and Republican politicians. He speaks of the information about the problems being suppressed. The Reverend gave a very clear explanation and argument for the decision to not abort. He also discloses how the young black women going to college are the success story of the family and how the accolades by family and community for doing so well, will opt for abortion, rather than to disappoint them. All that in the first part of the discussion. There was so much he talked on. This is a must listen show.

Brooks and Luckee1 covers the breaking news and gives you the real scoop and why it is happening. Luckee also reminds folks to check out the archives, where she predicted the things that are coming true today. Yes there are Nazis in Ukraine, Children don’t do the Nazi salute just because it is cute, it...