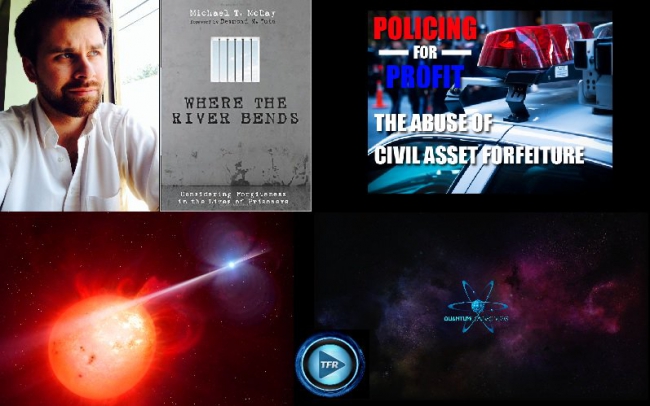 We took President Trump to the woodshed for the CAF violates the 4th, 5th, and 14th sect. 1 Amendments of the Constitution. Trump has not been apprised of the theft of assets of innocent Americans who are unjustly pulled over and considered criminals because they have cash. CAF is a bad rule written. If by due process of trial the person is guilty THEN they can lose the assets, not before the due process of law. If the president violates this, then he will find his personal wealth violated. Trump does not have to worry about a crooked cop pulling him over and having his cash taken.

Cynthia McKinney wrote: My Personal Experiences with Travel Detentions; Wrong Under Obama, Wrong Under Trump. No, Congress did not just vote to allow the mentally ill to buy guns. On Thursday, the U.S. House of Representatives voted 235-180 to repeal an Obama-era rule that required the Social Security Administration to report those who are on disability insurance and have a mental illness to the FBI’s background check system. Such information was then used to deny those people the right to buy a firearm. Triple treat: Eclipse, comet, full moon all coming Friday night. Newfound White Dwarf Pulsar Is 1st of Its Kind, Researchers Say. U.S. Visitors May Have to Hand Over Social Media Passwords: DHS

Michael McRay joins us in the 2nd hour and talks about
He works as an adjunct professor in forgiveness and reconciliation, restorative justice, international conflict resolution, and storytelling at Lipscomb University in Nashville, TN. Additionally, he has served as a volunteer prison chaplain, volunteer mediator, and organizes and co-hosts Tenx9 Nashville, a monthly community storytelling night for the sharing of true life stories. He holds an M.Phil. (with Distinction) in Conflict Resolution and Reconciliation Studies from Trinity College Dublin at Belfast, as well as a B.A. in History from Lipscomb University, where he earned a regional and national award for his senior thesis comparing historic European colonialism and the current Israeli occupation. He has worked with Riverbend prison, the Nashville Film Festival, the Scarritt-Bennett Center, and the Thomas H. Olbricht Christian Scholar’s Conference. We covered the absolute importance of forgiveness for those in the prison system and how we need to remember no one is today who they were in the past. We rounded the discussion of the world’s largest prison in of Gaza and Palestine and Israel. noexceptions.net

Tune In Get Connected

LACP Martinez on Gascón: ‘Fuck That Guy…He’s with the Blacks.’ Kyiv, Other Ukraine Cities Hit as Putin Orders Revenge for Crimea Bridge. An American in Ukraine Finds the War He’s Been Searching For. Hungary, Serbia agree to build pipeline to ship Russian oil to Serbia. California Bites Bullet of $1.8M Per Day for Failed High-Speed...