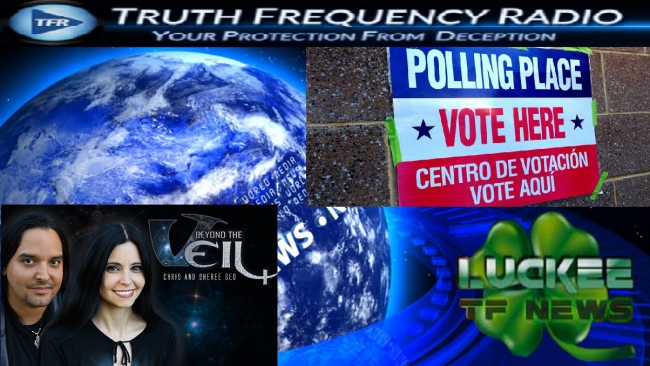 Today we covered the possibly rigged election, how easy it is for a third party to reflash the firmware on ballot machine. And how the criminals in DC not liking Trump and doing all they can to ruin him and those of us who are weary of tyranny we have in our country. Just look at who most hates Trump and see the articles many of us in the alternative media have been exposing as criminals. The lists look almost identical.

Back in September, Oklahoma Orders 37 Fracking Wells Shut Down In Wake of Record-Tying 5.6 Magnitude Quake. Last week Colonial Pipeline exploded. Water Protectors are still being abused and so much so that the so-called law enforcement from the contended DAPL site, and has caged them in animal cages after putting a number on their arms. (Does this not remind anyone of the tattooing and imprisoning done in Nazi Germany?)This has spurred an investigation by the U.N.! What is the common denominator here? Oil, gas, petroleum. This is real news that is affecting your neighbors, your kin, your countrymen. Truth about fracking and what the dangers really are.
Alternative Media accusing HRC of the Spirit Cooking crap until there is definitive proof PROOF! of her involvement. The people around her may have and (yes, I see there are many in her circle who are a part of it) but we have NO EVIDENCE of HRC directly involved

In the 2nd hour Chris and Sheree joined us for a round-table on our current situation of our country, We talked about the need for people to be free of the government controls and the controls of money or lack thereof, we talked about how our collective conscience is skewed from the negative energies from the news, elections, and wars. It is criminal to force people to bleach and throw away food because the ways laws are written. The certainty that Hillary stealing the election. We also talked about the military and those who will not like the idea of Hillary stealing the election. The ideas of the higher consciousness even if not implemented, need to be talked about.

We get a special appearance by Brooks Agnew who explained we need to have a society where the people should be allowed to do what we love to do and how this country was designed originally to be governed not to be ruled. We are supposed to have a rule OF law, instead of being ruled BY law. He also showed where we need. The system we have that creates a surplus and the politicians TAKE that surplus and give it away in exchange for VOTES.