Look! Up In The Sky! It’s 2013’s Most Bizarre UFOs And Paranormal Stories 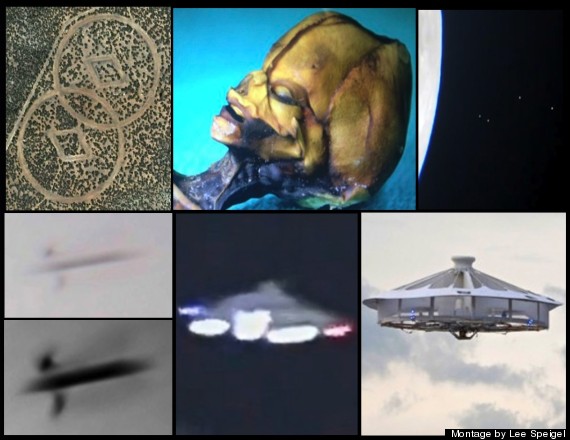 Whether you believe that UFOs are alien spaceships or travelers from another dimension or hoaxes or simply very easily explained objects, they were plentiful in 2013.

Over the past 12 months, we had it all, from a Scientology-created message to aliens; UFOs allegedly photographed near the moon; former members of Congress listening to UFO testimony of international eyewitnesses, military experts and scientists; deliberate hoaxes; and the Ata mummified humanoid who caused an international sensation.

By the end of the year, it was clear that, as we go forward, the new kid on the block that will certainly further confuse the UFO issue is none other than drone technology.

Check out our picks for some of the best UFO-alien stories as they unfolded during the year. We can’t wait to see what’s ahead.

In the New Mexico desert is an alleged secret Scientology installation that reportedly includes a giant message in the ground — looking like a crop circle from above. The church supposedly created the dual-circle design to guide other Scientologists returning from outer space.

UFOs Near The Moon – January

Earth isn’t the only place where people claim to see UFOs. Some report watching unusual lights and objects photographed near the International Space Station by NASA cameras. And there are also individuals who use cameras attached to telescopes that reveal, they say, UFOs flying away from and toward the moon. 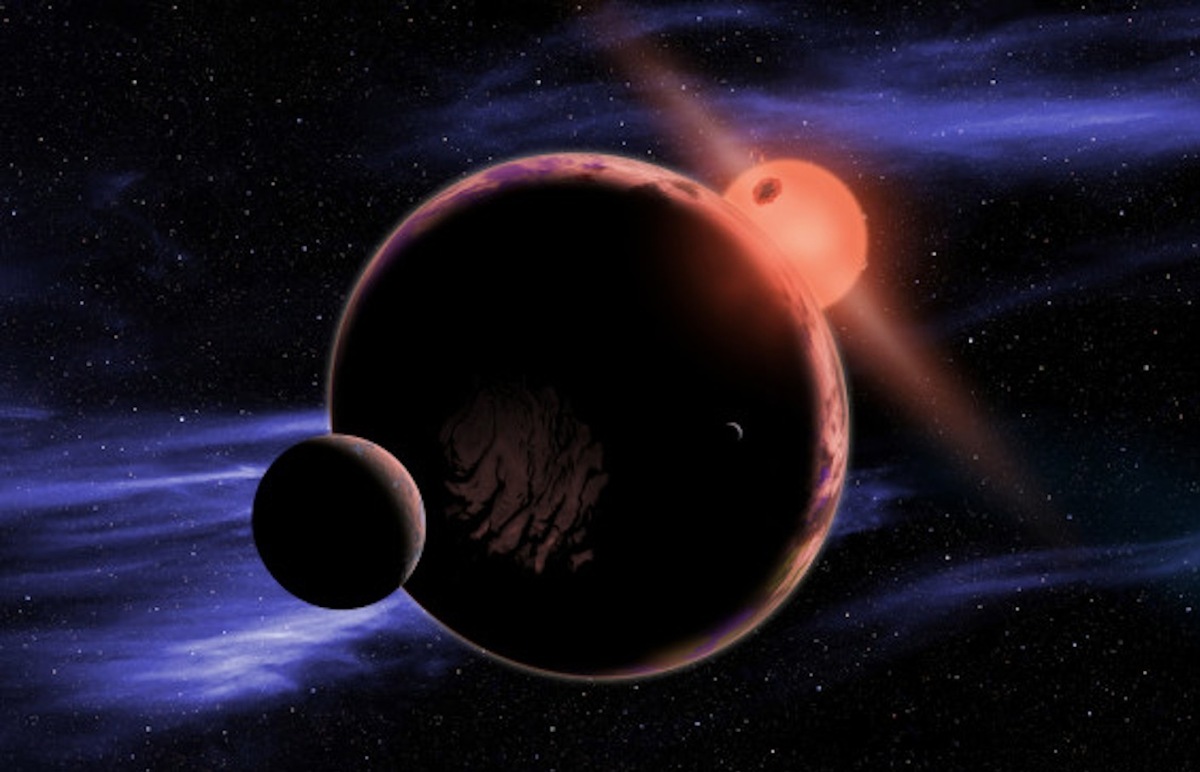 While this isn’t exactly a UFO story, it certainly touches on the enormous possibilities of other Earth-like planets that science now knows exist and could harbor other forms of like — perhaps even intelligent life. Thanks to the amazing Kepler spacecraft, NASA announced in November that more than 800 new planets may have been discovered by the “little spacecraft that could” — bringing its total up to 3,538 potential planets. In February, scientists suggested that billions of Earth-like planets are much closer than ever before imagined. The illustration at left depicts an Earth-like planet with two moons.

In 2011, the FBI created The Vault, an electronic reading room made available to the public. In March of 2013, the agency issued a memo, declaring that one particular UFO document had become — with more than a million views since 2011 — the most popular one with the public. The document tells a story from 1950 of how three flying saucers and alien bodies were allegedly recovered in New Mexico. There are quite a few discrepancies about this story, and the FBI ended its 2013 memo this way: “Sorry, no smoking gun on UFOs. The mystery remains…” 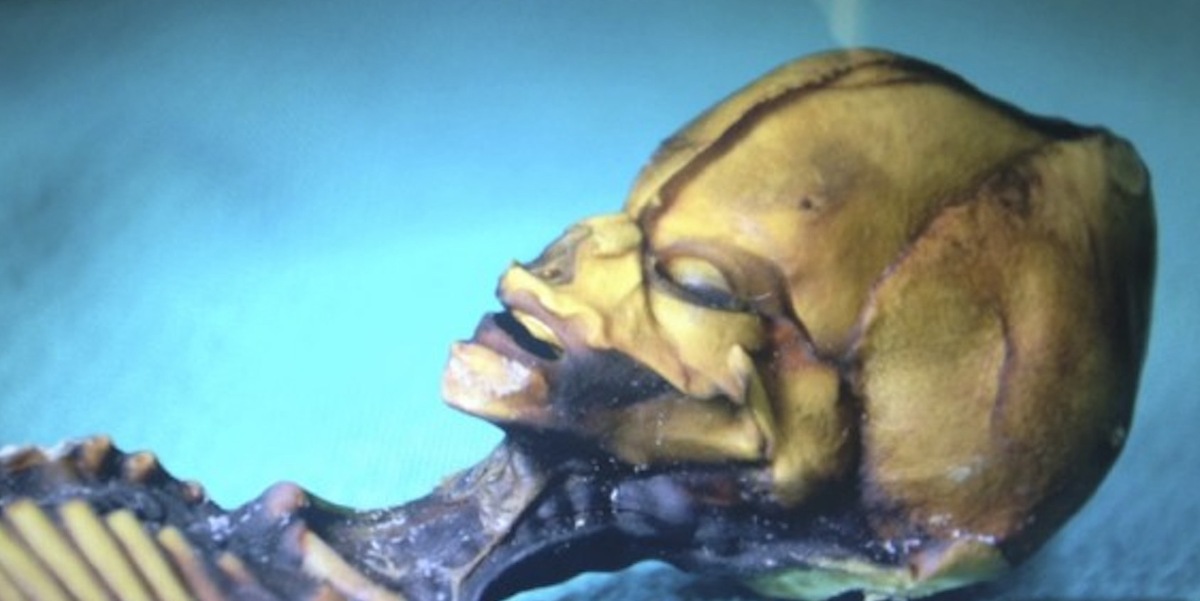 Ata, The Humanoid From Chile (Or Beyond) – April

The story of a 6-inch-tall mummified humanoid — nicknamed Ata (from Chile’s Atacama Desert where it was discovered 10 years ago) — was, by far, the most controversial and intriguing alien-related story of the year, and it’s ongoing. In early publicity for a documentary, “Sirius,” which featured the story of Ata, filmmakers claimed DNA analysis of the creature couldn’t be medically classified. But a stem cell biologist, who conducted DNA research on Ata, concluded the little humanoid was human and had lived to the age of 6 to 8. Others claimed Ata was an unborn fetus. The story is still evolving as researchers continue to look closely at Ata’s DNA. 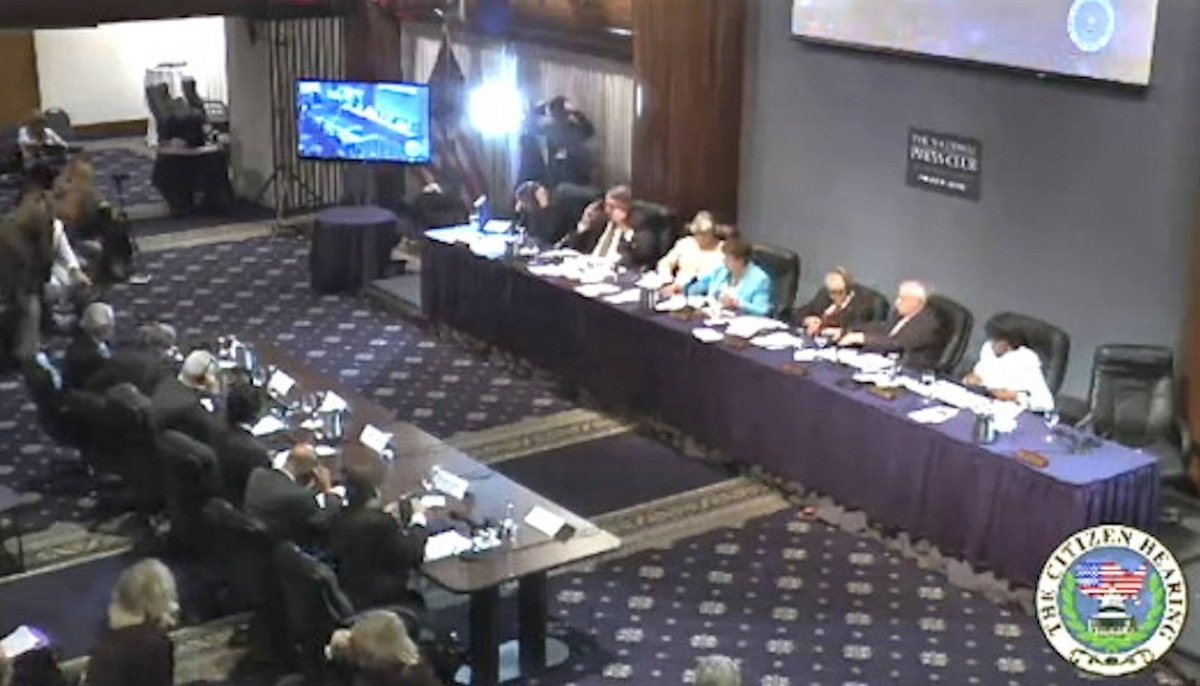 In what some called nothing more than a “mock” congressional hearing, others hailed as a step forward in getting political figures to pay more attention to UFOs. At the end of April and into May, six former members of Congress, assembled for five days at the National Press Club in Washington, D.C. They were part of the Citizen Hearing On Disclosure, a 30-hour event where 40 international researchers and military/agency witnesses testified about their own encounters and how serious other countries consider UFOs. In the end, the majority of the ex-congressional members felt there is enough credible information about UFOs that warrants a real investigation by Congress. 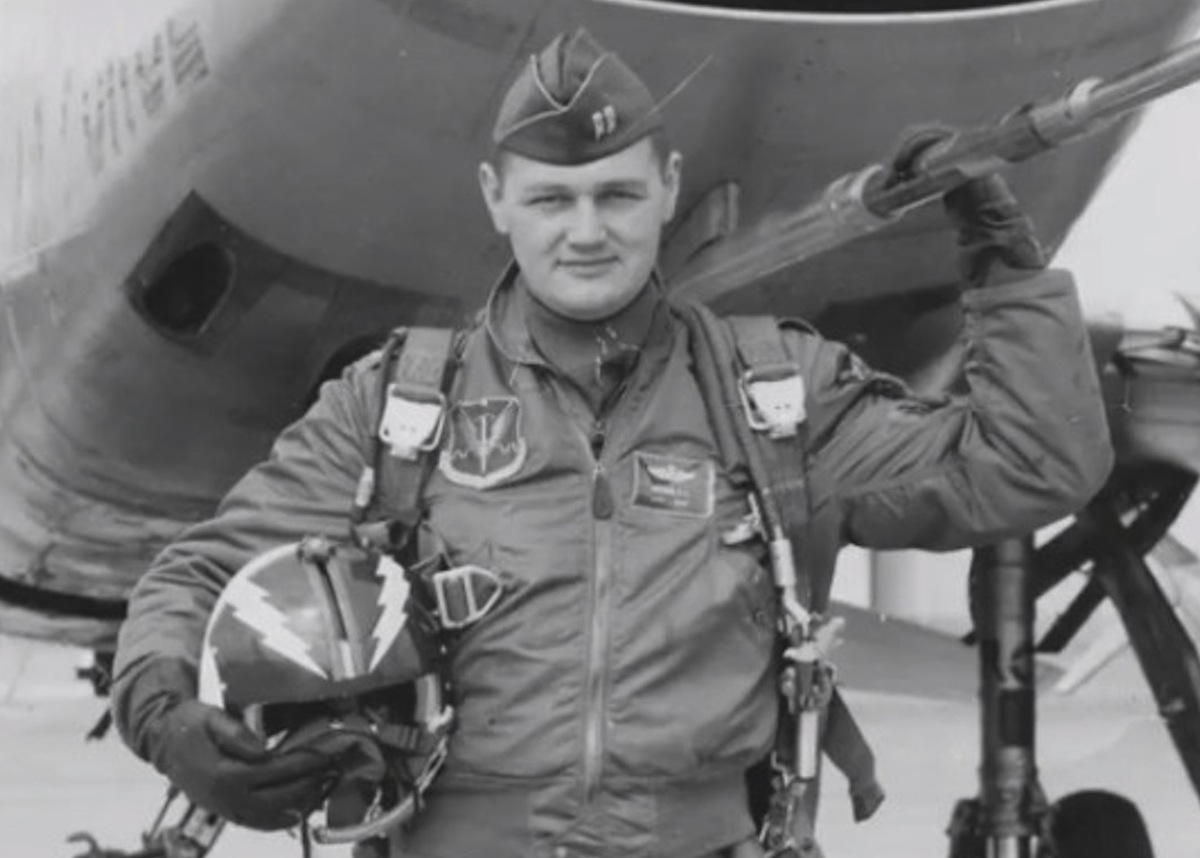 One of the highlights of the Citizen Hearing On Disclosure (from previous slide) was the appearance of retired Air Force Lt. Col. Richard French, who told the committee of former members of Congress a startling story. French explained how, in the 1950s, he was part of the Air Force’s Project Blue Book UFO study. He recounted how he was sent to Newfoundland to investigate two UFOs that had reportedly submerged in water. French claimed to have seen the two circular craft below the water surface, as well as two “beings” in the water near the ships. He felt the 3-feet-tall humanoids seemed to be performing repairs on one of the ships. Eventually, according to French, the two craft lifted out of the water and sped away. He told the Washington committee he was convinced that he saw alien beings that day.

UFO Over Muiderslot Castle – May

Faster than the eye could follow, an unusual object was photographed at the end of May above the landmark Muiderslot Castle in the Netherlands. When photographer Corinne Federer looked at images she took of the castle, she discovered an unexplained tubular shaped object that had an S-shaped fin on it. Former FBI Special Agent Ben Hansen looked at the images and suggested that this was merely an insect captured by the camera. What do YOU think?

It was the ultimate UFO video hoax of 2013. And it wasn’t perpetrated by an individual or group of kids flying a sophisticated build-it-yourself remote controlled device: this involved a science center’s deployment of a drone. On Sept. 3, during a baseball game in Vancouver, British Columbia, an object resembling a flying saucer, ringed by a row of bright lights, rose above some trees beyond the right field section and was briefly videotaped. In a press release subsequently issued by the nearby H.R. MacMillan Space Centre, they admitted building a drone in the shape of their new planetarium and flying it around Vancouver (including the baseball game) to create an “extreme teaser campaign” to get the public to visit the planetarium. The image here shows (left) how the drone looked at the baseball game; (center) the actual drone during a test flight; and (right) a digital promo version of the drone. As 2014 approaches, we can only wonder how many drone UFOs will be reported and filmed.
Source

5 Benefits Of Psychics Online That May Change Your Perspective

Established in 1999, Kasamba has become the planet ‘s biggest and most popular site for trusted psychic readings. At the moment , we need contract psychic readers to see during our very busy weekends. Psychic White Witch Sophia is the master of eliminating evil spells which were cast by an enemy, removing The Evil eye,...