Al-Baghdadi al-Mahmudi, the last premier of deposed Libyan leader Moamer Kadhafi, is in critical condition after being tortured in a Libyan prison, his Tunisian lawyer said on Wednesday.

Mahmudi “is in critical condition as a result of the torture he has suffered,” said Mabrouk Kourchid, adding that “he could die”.

The lawyer did not provide any further details nor reveal his sources for fear they could suffer reprisals.

In Other African News…..

US Troops to Niger: A New Stage in the Scramble for Africa 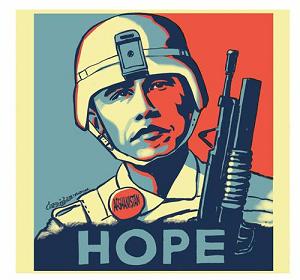 President Barack Obama’s terse notification to Congress last week that American troops are being deployed to the northwest African nation of Niger confirms that a whole new stage in the imperialist recolonization of Africa is now in progress.

The dispatch of the first 100 troops—with hundreds more reportedly to follow—is bound up with a deal signed last month between Washington and the Niger government allowing the US military to set up a drone base on the country’s territory, creating the conditions for spreading the Obama administration’s remote-control killing spree throughout the region.

The buildup of US forces in Niger comes in the immediate wake of last month’s French intervention in neighboring Mali, carried out with critical US logistical and intelligence support, and aimed, in the words of French Defense Minister Jean-Yves Le Drian, at the “total reconquest” of the former colony.

Both Paris and Washington have justified their military incursions into the African continent in the name of defeating Al Qaeda and associated organizations in Africa. British Prime Minister David Cameron chimed in last month, warning that the prosecution of this war in Africa could span “decades.”

Wed Feb 27, 2013 10:18PM GMT
PressTV
At least 52 Algerians have been wounded in clashes between security forces and angry people protesting against the allocation of subsidized housing in the northern city of Bordj Bou Arreridj.

The clashes broke out on Wednesday a day after the municipality, 230 kilometers (145 miles) from the capital, released a list of 935 people being allocated social housing.

“We published a list of beneficiaries for 935 homes, which people have a right to contest. But there are demonstrations because there are more than 26,000 people seeking social housing,” said local official Mamoun Belmouhou.

Wed Feb 27, 2013 9:52PM GMT
PressTV
At least 130 people have been injured in clashes between the Guinean police and opposition protesters, demanding a free and fair legislative poll in May.

On Wednesday, demonstrators took to the streets in the capital Conakry to demand a graft-free parliamentary election, AFP reported. RTAn estimated 10,000 to 20,000 Libyan firearms have been trafficked to other African nations, the UN reported. Ousted ruler Muammar Gaddafi’s uncontrolled arsenal is reportedly a major source of instability in Mali, and the entire region.The Monday report on organized crime in West Africa focused on the “flow of assault rifles from Libyan stocks to the rebels of Mali,” revealing that “2,000 Tuareg mercenaries recently returned from Libya, carrying at least their own weapons.”

The overthrow of the Gaddafi regime in 2011 left the stockpiles amassed by dictator during his 40-year rule uncontrolled and unaccounted for. The UN report could not detail the exact size of the arsenal, calling it “vast and sophisticated.”

These weapons are now being trafficked across the Libyan border to other African countries, threatening regional stability. A threat that “appears to have been realized in northern Mali,” the report said, echoing expert opinions previously voiced on RT.

“The rebel operations in northern Mali have existed for quite some time, but it was only in the aftermath of the overthrow of the Gaddafi government in Libya – which was promoted by France, Britain and the United States in particular – it was only after that that you had a massive flow of weapons out of Libya into the hands of the rebels, which basically took a low-intensity conflict and threw it into a much greater crisis where the rebels outgunned the Malian army,” Jeff Steinberg, senior editor of the Executive Intelligence Review said in an interview with RT.

The weapons trafficking report comes days after an announcement made by UNESCO that French president François Hollande will receive the United Nations cultural agency’s peace prize this year for his “valuable contribution to peace and stability in Africa.”

“Well, I think the intervention in Mali is another follow-up to the French role in other destabilizations that we’ve seen, especially in Libya last year with the toppling of the Gaddafi regime,” writer and political analyst William Engdahl said. “In a sense this is French neocolonialism in action.”

Two years after Gaddafi’s death, Libya appears to be on the brink of another revolution. Leaflets circulated in Tripoli calling for an end to the ruling regime through “popular revolt” and civil disobedience. Many Libyans blame the government for the economic hardships the country is facing. The southern regions of Libya are ruled by tribal militias and Islamists, with little regard for the country’s coastal authorities. The de facto independence of those areas also contributes to problems in neighboring countries.

(Reuters) – Seven people were killed in a suicide car bomb attack by suspected Islamist militants in the remote northern Malian town of Kidal on Tuesday, the MNLA Tuareg rebel group said, in the second such attack there in less than a week.

A spokesman for the Malian army, Modibo Nama Traore, confirmed that a car bomb had exploded in the town but was unable to provide further details.

French forces have been stationed in Kidal since driving out al Qaeda-linked fighters in late January as part of a military campaign to oust Islamist militants who seized the northern two-thirds of the West African country last year.

Kidal lies in the foothills of the Adrar des Ifoghas mountains where diehard al Qaeda-linked fighters are battling French and Chadian forces, which are being aided by the MNLA Tuaregs.

The Tuareg group had initially allied with the Islamists to seize control of northern Mali in April, taking advantage of a military coup in the capital Bamako. However, it was quickly pushed aside by the Islamist militants and now opposes them.

Russia’s foreign ministry said the international community must ramp up its efforts and stop the tide of violence from rising in Mali.

Foreign Minister Sergei Lavrov called for a more coordinated global response, along with U.N. Special Envoy to Mali, Romano Prodi, during a meeting in Moscow on Friday, the United International Press reports.

“It was agreed that a lack of control over the spread of weapons in the region after the Libya conflict has created the basis for an escalation in tensions throughout the Sahel region, Mr. Lavrov said, according to UPI.