Posted on January 2, 2013 by The Extinction Protocol 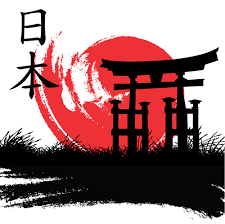 January 2, 2013 – TOKYO – Japan’s population logged a record drop in 2012, health ministry estimates showed Tuesday, highlighting concerns that an ever-dwindling pool of workers is having to pay for a growing number of pensioners. A record low 1,033,000 babies were born last year, against 1,245,000 deaths, resulting in a net drop of 212,000 in the nation’s population of about 126 million, according to figures from the ministry. The decline is sharper than in 2011 when the annual decline topped 200,000 for the first time as 19,000 people lost their lives in a 9.0 earthquake and massive tsunami that followed. Japan is rapidly greying, with more than 20 percent of the population aged 65 or over — one of the highest proportions of elderly people in the world. The country has very little immigration and any suggestion of opening its borders to young workers who could help plug the population gap provokes strong reactions among the public. –TD