Israel Shows It’s Love For Humanity By ‘Secretly Deporting’ 1,000 Sudanese Who May Face Persecution At Home

Israel ‘secretly deports’ 1,000 Sudanese who may face persecution at home Israel has deported at least 1,000 Sudanese on ‘voluntary leave,’ Haaretz reported. The UN Refugee agency said it was not informed of the move, and that the deportees were forced to return to Sudan where visiting or living in Israel is a crime.

The repatriation was reportedly carried out secretly over the last few months through a third country.

The UN high commissioner for refugees claimed he had no knowledge of the deportations, and that the repatriation was likely not voluntary because there is no “free will from inside a prison,” the newspaper reported.

Sudan is an outspoken enemy of the Jewish state; a visit to the country is punishable under Sudanese law, and residing in Israel is prosecuted as a grave crime. Sudanese passports state they are valid in every country except Israel. Human rights activists believe the persecution for visiting Israel is enough ground to grant refugee status to Sudanese immigrants. Israel arranged the deportations through a third country, supposedly to prevent the Sudanese from being persecuted upon returning home. Haaretz declined to name the third-party country in its report for security reasons. An official source confirmed to the newspaper that Israel paid for the deportation plane tickets.

The Sudanese are one of the biggest African refugee groups in Israel. They illegally enter the country through Egypt, fleeing poverty, numerous armed conflicts, and governmental persecution over tribal identity or faith. “Deporting Sudanese to Sudan would be the gravest violation possible of the refugee convention that Israel has signed – a crime never before committed,” UN representative in Israel Michael Bavli warned the Population, Immigration and Border Authority.

The Israeli government has recently taken a harsher stance against immigrants from Africa. Benjamin Netanyahu dubbed them “infiltrators” and a threat to state security, and encouraged that they be quickly deported to their native countries. Many immigrants face indefinite jail terms if they refuse to voluntarily return to their home countries. The biggest influxes of immigrants in Israel come from the nations of Libya, Sudan, South Sudan, Ethiopia and Eritrea.

Every new known deportation case in Israel has raised sharp criticism from international human rights organizations, and accusations of ‘unclean’ methods of managing the issue of illegal immigration.

While the west and the Israeli lobby lectures Iran about human rights, it censors Press TV from broadcasting in the west.

Israel Struck by Rocket From Gaza After a Death 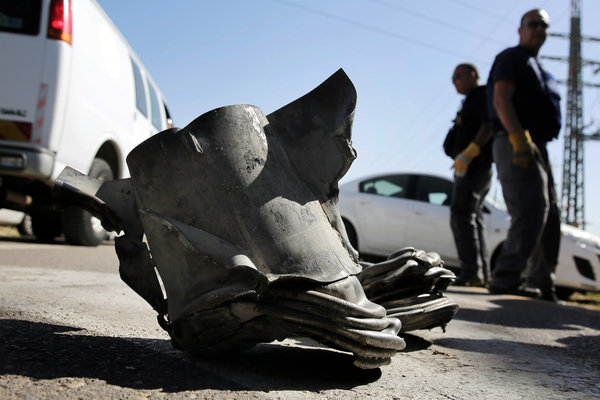 JERUSALEM — A Grad rocket fired from the Gaza Strip struck in southern Israel early Tuesday, threatening to further escalate tensions that have been mounting since Saturday, when a 30-year-old Palestinian prisoner died in an Israeli jail.

The rocket, which came down on a road outside the city of Ashkelon and caused no injuries, was the first from Gaza to hit Israel in the three months since a cease-fire agreement ended eight days of cross-border violence. Israel has violated the cease-fire several times by firing on fishermen and farmers approaching newly relaxed security perimeters, but the agreement has otherwise held. 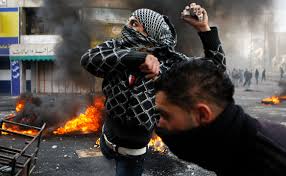 February 26, 2013 – ISRAEL – A rocket fired from Gaza exploded in Israel on Tuesday, the first such attack since a November truce and an apparent show of solidarity with West Bank protests after the death of a Palestinian in an Israeli jail. Al-Aqsa Martyrs Brigades, a militant group in Palestinian President Mahmoud Abbas’s West Bank-based Fatah movement, claimed responsibility for the rocket strike, the Palestinian Ma’an news agency said. No casualties were reported. Hamas, the Islamist group that controls the Gaza Strip, said it was investigating. There was no military response from Israel, hours after the rocket slammed into a road near its southern city of Ashkelon. The rocket was the first to hit Israel since a November 21 truce brokered by Egypt that ended eight days of cross-border air strikes and missile attacks in which 175 Palestinians and six Israelis were killed. Tuesday’s strike came after a surge of unrest in the occupied West Bank, that has raised fears in Israel of a new Palestinian Intifada (uprising). On Monday, thousands of Palestinians in the West Bank turned out for the funeral of Arafat Jaradat, 30, who died in disputed circumstances in an Israeli prison on Saturday. Israeli police shot and wounded five Palestinian youths during confrontations in Bethlehem and outside a West Bank prison later the same day, leaving a 15-year-old boy in critical condition, Israeli and Palestinian medical sources said. An Israeli military spokeswoman, commenting on the incident, said troops had opened fire at Palestinians who threw homemade hand grenades at a Jewish holy site called Rachel’s Tomb, in the Bethlehem area. Before the rocket attack from Gaza, media reports said Israeli officials had hoped the Palestinian protests were winding down a week after they were launched in sympathy with four prisoners on intermittent hunger strikes. The U.S. State Department said American diplomats have contacted Israeli and Palestinian leaders to appeal for calm. The United Nations coordinator for the Middle East peace process, Robert Serry, called for an investigation of Jaradat’s death. Jaradat had been arrested a week ago for throwing stones at Israeli cars in the West Bank. Palestinian officials said he had died after being tortured in prison. But Israel said an autopsy carried out in the presence of a Palestinian coroner was inconclusive. Palestinian frustration has also been fuelled by Israel’s expansion of Jewish settlements in territory captured in a 1967 war and deadlocked diplomacy for a peace agreement since 2010.

Tue Feb 26, 2013 7:18PM GMT
PressTV
An analyst says the US government is supporting the removal of Iranian channels off the air as Americans will always gain the approval of Israel if they mistreat the Islamic Republic.

The comment comes as the Franco-Israeli head of Eutelsat, Michel de Rosen, has begun a new wave of attacks against Iranian TV channels.

In a letter to Asian and European satellite companies, de Rosen has threatened the companies to drop Iranian entertainment and news channels.

In the letter obtained by Press TV, the Franco-Israeli Eutelsat chief has warned satellite companies to remove Iranian channels or prepare to face the consequences of defying his order. He stated the sanctions imposed by the European Union (EU) and the United States against the Islamic Republic of Iran Broadcasting (IRIB) chief, Ezzatollah Zarqami, as the reason for the push to stop broadcasting Iranian channels. – See more at: http://www.presstv.ir/detail/2013/02/26/290967/us-attacking-iran-media-to-woo-israel/#sthash.RYU2pyhP.dpuf

The Kerem Shalom crossing was closed Tuesday after a Palestinian rocket was fired at Ashkelon Monday night, the first in the three-month ceasefire which ended the Israeli operation in Gaza. Most of the goods crossing into the Gaza Strip from Israel goes through that crossing. The volume was substantially increased and diversified after the ceasefire. There were no casualties from the rocket whic exploded south of the town of Ashkelon – only damage to a road. Some witnesses reported two explosions.

PressTV
Tue Feb 26, 2013 7:32PM GMT
On Decemever 14, 2012, Dr. Eran Elhaik turned almost two generations of Jewish genome research upside down. But he went even further. The young Israeli-Ameican geneticist has charged former researchers with academic fraud, and he has the research to back it up.

How could those those eminent Jewish scientist before him have been so wrong? Easy says Dr. Elhaik, “First these researchers decided what conclusions they wanted to find, and then they set off to find evidence to support it.” I was not bashing Jewish scientists. What Elhaik has described is a slam dunk fraud.

But why? Why would Jews who take such pride in the academic achievement risk exposing themselves to a group deception which was bound to be discovered later? Dr. Elhaik does not delve into the quicksand of the politics, but I will gladly do so.

They perpetrated the fraud solely to support the bogus biblical claim to Palestine which was anchored in their being a separate people. This distinguished them from all others because they claimed a land title in their blood. They bet the farm on this DNA proof of purchase, a God given bar coded passport to the Palestine. Dr. Ehaik just erased the bar code. It was just stamped on anyway, because it was never in the blood.

‘My first bullet, his last breath’: Instagram reveals dark side of Israeli army RTDisturbing photos that show IDF soldiers enjoying their dominance over Palestinians in the occupied territories have caused a huge public outcry. They also triggered an online search for more such content posted by Israeli troops in social media.Days after the infamous picture of a Palestinian boy in the crosshairs of a rifle went viral on the web, similar photos made by Israeli troops in the West Bank have been discovered on Instagram by bloggers.

Several Instagram users who appear to have served in the IDF have posted galleries of photos, showing Israeli soldiers posing with weaponry, detaining Palestinians and raiding homes at night, which are accompanied by rousing tags or commentary.

Instagram user ‘ybaruch’ claims to be 21 years old, describing himself as a “retired operations sergeant at the Israeli army, now just a student.” Among the 144 images he uploaded on his page, there’s a photo showing an Israeli soldier playing a “card game” using Palestinian IDs at one of the military checkpoints. There’s an Israeli troop posing in a t-shirt, which says “My first bullet, his last breath” in Hebrew on another photo, while the image of a turned over car is followed by a caption: “Oops … one less Arab. Let’s see if he’ll try to escape from us again.” Some more provocative pictures can be seen on the page of another Israeli soldier, ‘Orif Binder’, who posted an image of an obscene gesture towards Palestinian flag with the words “Hamas Patrol” written on it. Another user ‘dk_1988_,’ who appears to have been a border guard, has uploaded a photo of detained Palestinians, which is followed by a caption: “Don’t fuc* with the Israeli army!” Such images show the abuse of power and reveal the level of contempt the IDF soldiers have towards Palestinians, the Electronic Intifada blogger Ali Abunimah said, commenting on them in his post.

The IDF has already launched an investigation over an Instagram picture of a Palestinian boy made through his weapons sight, which an Israeli soldier Mor Ostrovski uploaded.

This is hardly the first scandal to have gripped the IDF. In 2010 a former Israeli soldier Eden Abergil, who posted photos on Facebook, in which she was shown posing next to handcuffed and blindfolded Palestinian detainees, sparked outcry. The woman has since dismissed any criticism of her actions, and her smiling photos went viral.