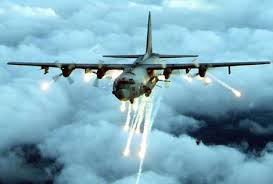 In testimony Wednesday before the Senate Appropriations subcommittee on defence, the chairman of the US Joint Chiefs of Staff, Gen. Martin Dempsey, said the Iraqi government of Nouri al-Maliki had formally requested that the United States assist its military operations against Sunni rebels with “air power.”

In barely ten days, a coalition consisting of the Sunni extremist Islamic State of Iraq and Syria (ISIS) and Iraqi Sunni militias has taken control of a swathe of Iraqi territory including the city of Mosul in the northern province of Nineveh, Tikrit in Salah ad Din province, and suburbs of Baqubah in Diyala province, just 60 kilometres from Baghdad.

The main factor in the success of the Sunni uprising has been the influx into Iraq over the past year of ISIS fighters who were financed and armed with Washington’s support to overthrow the pro-Russian and pro-Iranian government in Syria. Facing setbacks in Syria, ISIS shifted its focus over the past year to waging war on the US-backed government in Baghdad, with the perspective of carving out a new Islamic-based state from parts of Syria, Iraq and Lebanon.

At the beginning of the year, in alliance with local tribal militias that once collaborated with the US occupation but are utterly hostile to the Shiite-dominated Maliki government, ISIS seized most of the western Iraqi province of Anbar, including the major cities of Fallujah and Ramadi. It has now launched an offensive aimed directly at Baghdad itself. 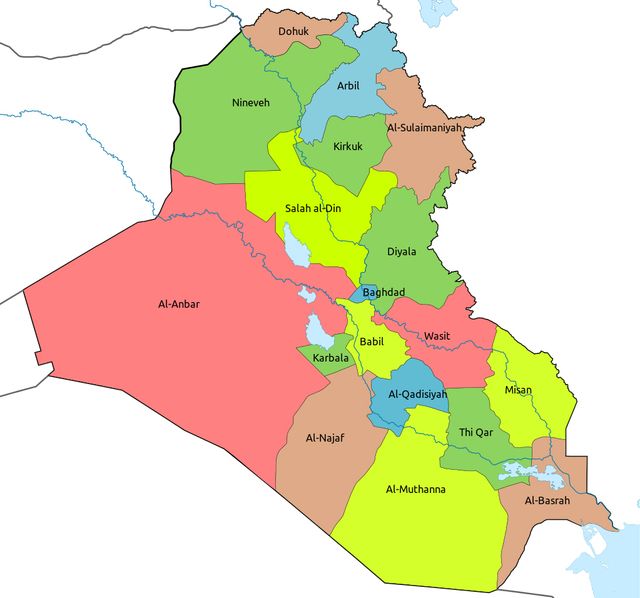 It has been strengthened by the capture in Mosul of vast quantities of armoured vehicles, guns, ammunition and even helicopter gun ships from US-trained and equipped Iraqi Army and police personnel who fled in the face of the Sunni forces.

Overnight, fierce battles between Sunni fighters and Army units loyal to the government continued for control of Iraq’s largest oil refinery near the Salah ad Din city of Baiji. There was also fighting on the outskirts of Baqubah and around the city of Samarra.

Sectarian passions have been inflamed by threats by ISIS to destroy Shiite holy sites, and indications that it murdered hundreds and possibly thousands of Shiite prisoners it captured in Tikrit.

Tens of thousands of armed Shiite fighters, called into action by Maliki and the Shiite religious authorities, have taken to the streets and established barricades and roadblocks to defend Shiite shrines in Samarra, Karbala, Najaf and Baghdad itself. The murder of a Sunni cleric and his aides in Baghdad has raised fears of sectarian pogroms against Sunni civilians on the same scale as 2006-2007, when thousands were slaughtered by Shiite death squads.

The Kurdish Regional Government, which rules the three majority-Kurdish northern provinces as an autonomous region, is continuing to send its peshmerga armed forces to seize territory that has been abandoned by government forces. Having already taken the city of Kirkuk and Iraq’s major northern oil fields, Kurdish troops, operating independently of the Iraqi government, are now seeking to drive Sunni forces from parts of Diyala province.

In northern Iraq, government reinforcements have been rushed to the city of Tal Afar, close to the Syrian border, to prevent its complete capture by ISIS. Kurdish peshmerga are also operating in and around Tal Afar. They are continuing to hold the major Iraqi-Syrian border crossing in Rabia, 40 kilometres to the west of the city. By doing so, the Iraqi Kurdish forces have established a direct link with the Syrian “Western Kurdistan” militias that are fighting both the Damascus government and ISIS in the majority-Kurdish areas of northeastern Syria.

Before the Senate committee, Dempsey, who spoke alongside Defense Secretary Chuck Hagel, expressed the bewilderment and shock in American ruling circles at the rapid turn of events in Iraq and the broader Middle East. General Dempsey told the Senate committee that amid the chaotic ebb and flow of developments, air strikes would be complicated because the military did not have an “intelligence picture” of which armed faction controlled what area.

“It’s not as easy as looking at an iPhone video of a convoy and then striking it,” he said. He referred to the situation in Tal Afar, where a building held by Shiite government troops was seized by ISIS and 36 hours later taken from them by Kurdish peshmerga.

US imperialism confronts the incendiary consequences of its own policies. For well over two decades, it has utilised intrigue, provocation and violence to prevent any other power or group of powers gaining strategic influence over the resources and the nations of the oil-rich regions of the Middle East and the Caspian Sea. It has proceeded with utter indifference to the vast human suffering it has caused or the long-term impact of its encouragement of ethnic and sectarian conflicts to weaken governments it wanted to remove or gain proxy forces it could use to advance its interests.

The people of Iraq have paid the greatest price. The 2003 invasion was prepared and followed by the strengthening of the Kurdish nationalist parties in the north and the promotion of sectarian Shiite forces in the south to provide the basis of a puppet state. Sunnis and secular Iraqis of all backgrounds who were suspected of supporting resistance were subjected to brutal persecution by the US military and government forces.

Sunni fanatics, spawned by US policy, retaliated with murderous attacks on Shiite civilians. Both Sunni and Shiite extremists sought the destruction of the country’s Christian minorities.

As many as one million Iraqis lost their lives in the first five years of the US occupation. Millions more were displaced from their homes or forced to flee the country as refugees by sectarian “cleansing.” The country had been all but destroyed, economically, politically and socially, by the time US forces were withdrawn in 2011.

Iraq is now disintegrating, along with Syria, which has also been shattered as a result of a civil war fomented by Washington and the European powers. Eleven years after it invaded Iraq in order to impose US dominance over the entire Middle East, Washington faces a debacle of its own making. A regional war threatens to erupt over which it has no control.

The Iranian Shiite fundamentalist regime, which has close links with the ruling Iraqi Shiite parties, has already sent military advisors to Baghdad. On Tuesday, Iranian President Hassan Rouhani declared on national television that the Iranian military would be sent into Iraq if the Shiite religious sites came under threat.

“Regarding the holy Shia shrines in Karbala, Najaf, Kadhimiya [in Baghdad] and Samarra, we announce to the killers and terrorists that the great Iranian nation will not hesitate to protect holy sites,” he said.

The Saudi monarchy, a linchpin of US interests in the region, responded with veiled threats that it would not stand by and allow Iranian forces to prop up the Maliki government against what is being portrayed in the Gulf states’ media as a Sunni “revolution” against Shiite tyranny.

The dilemma confronting the United States was pointed to by David Petraeus, the former commander of the US occupation. Opposing any US support for the Maliki government, Petraeus told a conference in London on Wednesday:

“This cannot be the United States being the air force for Shia militias, or in a Shia on Sunni Arab fight… If America is to support, then it would be in support of a government against extremists, rather than one side of what could be a sectarian civil war.”

What exists, however, is sectarian civil war across both Iraq and Syria.