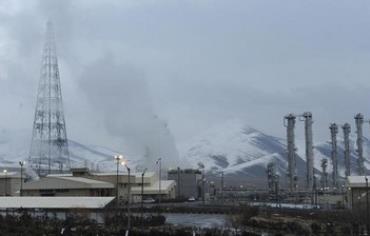 Iran published a study this week that said it would take years for the Islamic Republic to produce nuclear weapon with its current infrastructure, The New York Times cited a report published by the government in Tehran as stating.

According to the Times, Iran described the estimates as hypothetical on the amount of time it would take scientists and engineers to assemble a nuclear bomb.

The Iranian government issued the study in a move seemingly intended to downplay the West’s fear that Iran’s nuclear program is not solely intended for peaceful purposes.

American officials have disputed the Iranian report’s assessment, according to the Times.

The report, titled “How Long Would an Iranian ‘Breakout’ Really Take?” was the first public acknowledgement by the country that it has studied the necessary measures needed to fuel an atomic bomb.

The West is worried that Arak, once operational, could provide a supply of plutonium – one of two materials, along with highly enriched uranium, that can trigger a nuclear explosion.

Israel has argued that any nuclear deal with Iran should demand the complete shutdown of the Arak reactor.

On Monday and Tuesday, senior American and Iranian officials held private meetings to discuss advancing talks with world powers over Tehran’s disputed nuclear program, only six weeks before a self-imposed deadline on talks aimed at ending the crisis.

At the bilateral meeting, and in quotes placed in state-run Iranian media, Islamic Republic officials suggested world powers may have “no choice” but to extend the negotiations past the July 20 deadline.

In April, US Secretary of State John Kerry told a Senate hearing that negotiators working on the Iranian nuclear issue were facing a time frame of “about two months” before a possible Iranian breakout.

Israelis have threatened to attack Iran unilaterally if they deem diplomacy incapable of denying it the bomb.

Michael Wilner and Reuters contributed to this report.