Iran Still Engaging In Diplomacy, While U.S. Continues To Spit On Them

TEHRAN – Tehran said Sunday it will keep talking with world powers on its disputed nuclear programme despite a US move to blacklist Iranian companies for evading sanctions. “We are pursuing the negotiations seriously and of course we will give a well-considered, purposeful, smart and proper reaction to any inappropriate and unconstructive move,” Foreign Minister Mohammad Javad Zarif wrote on his Facebook page.
This was despite the Americans having made “inappropriate moves to which we gave the appropriate response by considering all aspects of the issue”. “The negotiations and achieving a result are a difficult task and will definitely have a lot of ups and downs. We have predicted that from the very beginning.” He later told CBS television in the United States: “The process has been derailed, the process has not died.”
Zarif also told the network’s Face the Nation programme that Iran is committed to the Geneva accord, adding however: “It takes two to tango.” The United States blacklisted a dozen overseas companies and individuals on Thursday for evading its sanctions imposed on Iran to halt what the West sees as its bid to build a nuclear bomb. Senior US officials argued the move was taken under an existing sanctions regime.

which had forced Tehran to negotiations that led to an interim deal under which it agreed last month to freeze parts of its nuclear programme.
The measures, which angered Iran and prompted its negotiating team to withdraw from the talks in Vienna, have drawn strong criticism in the Islamic republic. Since Saturday, conservative newspapers have condemned the “violation of the Geneva deal” by the American administration. Some hardline students from the Islamist militia (Basij) have written an open letter to Zarif urging him to “defend the dignity” of Iran “by giving a firm response.” In the letter, published Sunday by Iranian newspapers, they also backed the decision of the negotiating team to quit the Vienna talks. Zarif vowed to answer at the right time domestic critics who were using his “necessary silence” to voice their displeasure at the nuclear deal reached with the six world powers in Geneva on November 24.
“Some friends who were not happy with the Geneva joint action programme have already announced its premature death, which is more the expression of their desire rather than the truth,” he said on Facebook. “The negotiating team has a more important responsibility… and is ready to remain silent against unjust and unfair accusations for the sake of national interests, but will answer to all the criticism and ambiguity at the right time.” Sadegh Zibakalam, a reformist political analyst, said anti-American slogans were part of the political strategy of the conservatives. “If we pull the rug of anti-Americanism from under the feet of the conservatives, they would have nothing left to say,” Ilna news agency quoted him as saying.
Under the interim deal reached in Geneva, Iran agreed to freeze parts of its suspect nuclear programme in return for some relief from Western sanctions as it negotiates a comprehensive accord to allay suspicions that it seeks a weapons capability. The United States also agreed to refrain from slapping new sanctions on Iran.

US Hawks Want War on Iran

No respectable editors would touch this trash. Responsible ones would denounce it. Journal editors embrace it. More on this below.

Podhoretz isn’t America’s only lunatic hawk. Others favor cruise missile diplomacy. In April 2008, a Wall Street Journal editorial headlined “Bush and Iran, Again.” It spuriously said Tehran “is contributing to the death of GIs, is arming our enemies in Iraq, and is proceeding to ignore the world by enriching uranium for a nuclear weapon.”

“Is the Bush Administration merely going to slink out of office with that legacy,” it asked?

“The Iranians aren’t likely to stop unless the US starts doing something about it,” it claimed.

In 2008, then presidential candidate John McCain advocated bombing Iran. “Bomb bomb bomb, bomb bomb Iran,” he sang on his “Straight Talk” tour. He did so to the tune of a popular Beach Boys song.

Then presidential aspirant Hillary Clinton was just as abhorrent. She remains a deplorable profile of imperial arrogance and lawlessness. She threatened to murder around 75 million people, saying:

I want the Iranians to know that if I’m president, we will attack Iran.

In the next 10 years, during which they might foolishly consider launching an attack on Israel, we would be able to totally obliterate them.

Iranophobe Dick Cheney wants war on Iran. He urged it as vice president. He does again now. He favors cruise missile diplomacy. He gets major media air time promoting it.

Podhoretz met privately with Bush when he was president. He urged him to strike Iran’s nuclear facilities. He lied saying:

You have an awesome responsibility to prevent another holocaust. You’re the only one with the guts to do so.

Now he says he agrees with McCain, saying “the only thing worse than bombing is letting Iran get the bomb.”

He claims “hardly anyone disagrees with those who say” this. His notion of consensus is what neocons say. Rule of law supporters don’t matter. Nor do anti-war advocates.

Podhoretz claimed Iran “l(ied) when it denied that its nuclear facilities were working to build a bomb.”

After all, with its vast reserves of oil and gas, the country had no need for nuclear energy.

In 1957, Reza Shah Pahlevi signed an Atoms for Peace agreement with the Eisenhower administration.

In 1967, Washington provided a research reactor. In 1974, the Shah created the Atomic Energy Organization of Iran.

It was tasked with developing commercial nuclear power. Doing so got America’s blessing. Don’t expect Podhoretz to explain. He promotes his own version of history. He reinvents it with evil intent.

It’s “an inducement. We know they do not give a damn about killing their own people in great numbers. They are giving them a quick free pass to heaven and all its delights.”

Iranian leaders aren’t “deterred by the fear that their country would be destroyed in a nuclear war,” claims Podhoretz.

Podhoretz’s ideas reflect lunatic fringe fanaticism. He’s a poor liar. He makes stuff up. He does so supporting his case. He gets his facts wrong. Myths substitute for truth. Racist hate defines his world view. So does supporting the worst of imperial lawlessness.

Iran’s nuclear program is entirely peaceful. It has no military component. US officials know it. So do Israelis.

Podhoretz knows full well Iran threatens no one. He claims otherwise. He does so maliciously.

He one-sidedly supports Israel. He turns a blind eye to its worst crimes. He ignores its regional threat. It’s the only Middle East country with nuclear weapons.

…Saudi Arabia, Egypt and (other countries) throughout the region (are) terrified at the prospect of being lorded over and held hostage by an Iran ruled by their ancestral enemies the Shiites, (so) those regimes would rush to equip themselves with their own nuclear arsenals.

False! Iran threatens no one. It seeks friendly relations will all regional nations. It does so globally. Podhoretz knows it. He lied claiming otherwise.

It’s the only nation without fixed borders. It wants them extended. It wants Arab states Balkanized and controlled. It wants regional hegemony. Don’t expect Podhoretz to explain.

He wants Iran’s sovereignty destroyed. Claiming an Iranian nuclear threat rings hollow. He said he once belonged to the give diplomacy and sanctions camp. No longer.

Iran won’t “be stopped either by increasingly harsh sanctions – or by endless negotiations,” he claims.

The Obama administration tells us that (Geneva) puts Iran on a track that will lead to the abandonment of its quest for a nuclear arsenal.

But the Iranians are jubilant because they know that the only abandonment going on is of our own effort to keep them from getting the bomb.

Containing Iran is “impossible,” he added. One choice alone remains, he maintains. Either “a conventional war now or a nuclear war later.” He sees no in between.

Given Obama’s current reluctance to attack, “the only hope rests with Israel,” he claims. “If (it) fails to strike now, Iran will get the bomb.”

And when it does, the Israelis will be forced to decide whether to wait for a nuclear attack and then to retaliate out of the rubble, or to pre-empt with a nuclear strike of their own.

He claims Iranians face “the same dilemma. Under these unprecedentedly hair-trigger circumstances, it will take no time before one of them tries to beat the other to the punch.”

Podhoretz is a longstanding neocon lunatic. He’s not alone. America has many others like him. Earlier ones were notorious. General Curtis LeMay stands out.

In July 1961, he called nuclear war with Soviet Russia inevitable. He said it would erupt later that year.

He argued for preemptively launching thousands of missiles to destroy Russia’s nuclear capability.

He urged doing it despite likely retaliatory strikes against major US cities.

At the same time, General Lyman Lemnitzer prepared a surprise nuclear attack strategy. He urged Kennedy to back it.

He chose the wrong president. In disgust, he told Secretary of State Dean Rusk: “And we call ourselves the human race.”

LeMay’s views w(ere) very simple. He thought the West, and the US in particular, was going to have to fight a nuclear war with the Soviet Union, and he was absolutely certain of that.

Therefore, he believed that we should fight it sooner rather than later, when we had a greater advantage in nuclear power, and it would result in fewer casualties in the United States.

Kennedy categorically rejected the idea. So did McNamara and other cooler heads. A potential nuclear holocaust was averted.

Global war remains possible. Nuclear weapons could end life on earth. Imagine their potential use risking it. Imagine a leader taking that great a chance.

Today is the most perilous time in world history. As long as nuclear weapons and other mass destruction ones exist, humanity’s survival is very much up for grabs.

Stephen Lendman lives in Chicago and can be reached at [email protected] His new book is titled How Wall Street Fleeces America: Privatized Banking, Government Collusion and Class War. Also visit his blog site at sjlendman.blogspot.com and listen to cutting-edge discussions with distinguished guests on the Progressive Radio News Hour on the Progressive Radio Network Thursdays at 10AM US Central time and Saturdays and Sundays at noon. All programs are archived for easy listening. http://www.progressiveradionetwork.com/the-progressive-news-hour/ 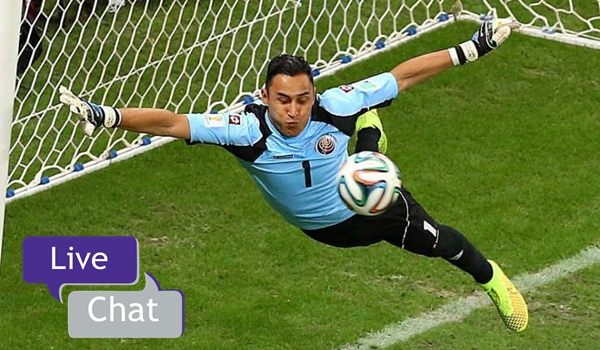