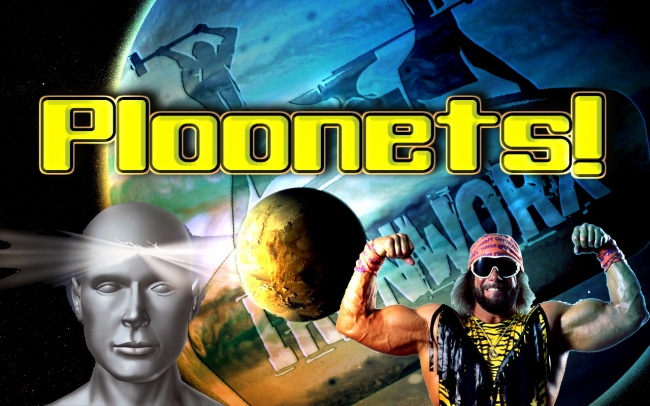 No, that is NOT a list of new prog-metal bands. Nor is it a list of prog-metal band MEMBERS (although “member” DOES come to mind while reading these names…). Perhaps Shazam took a REALLY hard hit from Black Adam and forgot his List of Elders??
Not even warm. WRESTLERS!! It’s GOTTA be the new WWF WEW NWO pay-per-v…oh, nope, that ain’t it. Well, then, it just HAS to be a list of Foretni…ok, I give up…what the HELL is that list???

–An international team of researchers has proposed a hypothetical new type of world it calls a “ploonet”: a former moon that escaped its host planet’s orbit and began circling its host star instead. It escaped from a Hot Jupiter…Hot…Jupiter. That migrated…from the outer areas…to the inner…but our Moon…is moving AWAY from Earth…4cm per year…’cause it is NOT a Hot Jupiter…nor is it a moonmoon…yet…but, it may have a dust moon. WAIT, Earth has the dust moon. Right? Yes?? I’m THINKING here!! They call all this: Theory Of Some Things. Truly. It’s in the article. I promise.
–Scientists think they’ve found all the ‘missing’ iron in the universe. We know iron is abundant on Earth as well as in stars, where the intense heat allows it to exist in the form of gas. That suggests that the element should also exist in relative abundance in the interstellar medium — the space between star systems in galaxies such as the Milky Way — but scientists haven’t detected much of it there. So, where is it? If the theory proves to be correct, the iron that scientists have been looking for between star systems is essentially hiding in plain sight, we just can’t see it. Kinda like Dark Matter!!
–Daryl Bem Proved ESP Is Real. Which means science is broken. And we ALL agree, my good sir!!
–We went to the Moon. AP says so!! Uh-huh!! We DID!! For REAL!! See the link.
— Fuck Virts. That’s it. Just fuck Virts.

AlanHolman:
I have always had this odd memory that seems to come from right before my life, where two angels were guiding me through a room filled with objects that symbolized different things and experiences I’d encounter in life. The story is quite detailed, and I keep the details private because it’s personal. One thing I will say about that experience … for anyone who’s still here and remembers what I typed earlier … is that I walked to a music box that played beautiful music, and one of the angels said to me, “The music is you.”