If Mercury/Health Connection Worries Even The UN, Why Aren’t CFL Bulbs Illegal? 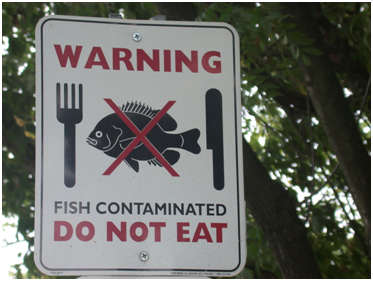 GENEVA–Negotiators from more than 130 countries are hoping to finalize by Jan. 18 the first international legal instrument on reducing the use of mercury and limiting emissions into the environment, but officials said difficult issues must be resolved before a deal can be reached.

The meeting in Geneva comes amid new warnings from environmental groups about the cost of inaction, with two reports issued Jan. 9 citing “ubiquitous” mercury contamination in marine and freshwater systems as well as the emergence of global “hot spots” where elevated levels of mercury pose serious threats to both ecosystems and human health.

The negotiations on the mercury treaty were launched in 2009, with the fifth International Negotiating Committee meeting (INC5) that began Jan. 13 in Geneva set to be the final round of talks. A diplomatic conference has already been scheduled for October in Japan to open the text for signature.

Senior officials involved in the talks said differences to be resolved include the selection of products and processes in which the current use of mercury will be phased out and the deadline for achieving this, whether primary mercury mining should be banned completely, and what compliance and financial assistance provisions should be included in the treaty.

In a note to delegations circulated Jan. 3, United Nations Environment Program (UNEP) Executive Director Achim Steiner said he has been “encouraged by the determination and commitment that governments have demonstrated to the future convention.”

“I continue to be confident that, even though there still are difficult areas to be negotiated, governments will be able to arrive at a successful outcome by the end of INC5,” Steiner said.

With the government moving to ban incandescent light bulbsin favor energy-saving compact fluorescent lights, or CFLs, it’s important to remember what this means for your health. A German Study that found that compact fluorescent lights emit cancer-causing chemicals such as phenol, naphthalene, and styrene when switched on. Inspired by these findings, researchers at Stony Brook University in New York have released a study on the effects that UV radiation from CFL bulbs can have on human skin cells.Researchers summarized their findings, “… [we] measured the amount of UV emissions and the integrity of each bulb’s phosphor coatings. Results revealed significant levels of UVC and UVA, which appeared to originate from cracks in the phosphor coatings, present in all CFL bulbs studied”

Abundant research has shown that UVA radiation can penetrate to the deepest levels of skin tissue. It is known to contribute greatly to skin wrinkling, and according to a US-Australian study, UVA radiation causes the greatest amount of damage to skin cells where most skin cancers start. These cells are called keratinocytes, and they are the same cells the researchers at Stony Brook exposed to radiation from CFL bulbs.

These levels were then reviewed by the IESNA, another member based organization comprised of lighting industry manufacturers and employers. Their president Chip Israel is the owner of Lighting Design Alliance, one of the worlds leading lighting design firms with offices in Chicago, Los Angeles, Fort Collins, and Dubai.

The IESNA then created the currently used RP 27, which sets the standards for acceptable levels of radiation emissions from all light sources. If a CFL bulb is found to exceed these levels, the maker of the bulb is required to place a warning on the package. There is no accountability however, as manufacturers are expected to self-police.

This is particularly troubling in light of new laws emerging all over the planet phasing out traditional and even halogen incandescent bulbs in favor of CFLs. The most noteworthy being a ban adopted by the European Union around September of 2012.

Some states are adopting these same types of regulation, albeit more slowly. For example, California no longer allows residents to purchase traditional incandescent bulbs – opting instead for halogen incandescent bulbs that use about 25% less energy – but encourages people to use CFLs instead regardless.

To protect your skin from being harmed by these bulbs, researchers recommend that you stay at least two feet away from them at all times, as radiation levels drop with distance. Additionally, the more filters between a person and the bulb – such as a glass cover or shade – the less radiation will reach your skin.

House Mold Could be Making You Sick, and You Might Not Know It

Mold may not be seen as a threat by many homeowners, but experts have estimated that mold may be present in up to 25% of homes, and 40% of American schools.

The growing prevalence of house mold and mold in schools may lead to an increase in respiratory disease and other rare life-threatening conditions.

In 2010, Fisk et al published a meta-analysis showing a substantially significant association between residential dampness and mold with respiratory infections and bronchitis.

Some mycotoxins (toxic substances produced by mold) are actually far more toxic than more common toxins such as heavy metals and pesticides.

With mold being more prevalent than most people might suspect, there’s a chance you could be exposed to it without even realizing. Worse, you don’t even have to smell the tell-tale musty odor for mold to be present. Because it can vary in appearance and grow behind walls and appliances, it sometimes goes undetected until someone becomes ill.

Mold is Making You Sick

Molds are responsible for many different physical symptoms, from depression to respiratory distress (typically the most common sign of exposure to mold). The presence of mold has been tied to an increased occurrence of childhood asthma and coughing and wheezing in otherwise healthy people.

Part of these physical reactions can be explained by a sensitivity or even an allergy to mold spores. Some, however, are tied to toxic substances within the mold called mycotoxins.

Mycotoxins don’t only affect your airways, but can impact all organs. According to Dr. Joseph Mercola, some can cause nervous system effects including those that resemble radiation exposure or cause cognitive and behavioral changes and convulsions.

They enter the body through the respiratory system but can also enter through the skin and even affect the brain by entering through the optic muscles and nerves (in the eyes). These toxins can also cause DNA damage.

More than 200 mycotoxins have been identified from common molds. This means there is a good chance that your in-house mold has them. And because they can survive on “dead” mold spores, even old mold could be contaminated with them.
Preventing and Cleansing Your Home of House Mold

The best way to prevent such horrific side effects is to find and eliminate mold in your home. According to Advanced Mold Inspections, there are over 400,000 types of mold, with approximately 1,000 types appearing in homes.

While not all are toxic (about 80 are tied to causing illness), it’s still very important to ensure your house is mold-free. If a pipe breaks, a basement floods, or if there is little air circulation in particularly damp areas, your home could be a breeding ground for mold.

Take the time to inspect those little-seen places including crawl-spaces and behind washers, refrigerators, and dishwashers.

If you find mold, clean it up using a bleach solution, being cautious to wear protective gloves and a mask. Also, fix the problem that led to mold in the first place. If you don’t, the problem will be reoccurring.

Here are just a few other tips for getting rid of house mold:

Traces of dangerous radon are found in all homes, but there are ways to protect yourself from it.

Radon — a tasteless, colorless, odorless gas — is everywhere. It comes from the decay of uranium in soil and then accumulates in homes, where it can become dangerous.

According to the Environmental Protection Agency (EPA), “elevated levels of [radon] are the leading cause of lung cancer among non-smokers.”

Radon in buildings is measured in picocuries per liter (pCi/L). What that actually means is less important than knowing when your home has exceeded the safety threshold of radon pCi/L. EPA standards place the “take action” level at 4 pCi/L, meaning if radon levels reach or surpass that in a home, business, school or other building, the stewards of that building should do something about it.

The national indoor average radon level is 1.3 pCi/L, far below the level necessary to take action. In Santa Clara County, according to the website California Radon Information, the average level is exactly the same, 1.3 pCi/L. Over the hill in Santa Cruz County, they are much closer to the danger zone at 3.6 pCi/L. Six percent of homes in Santa Clara County are above the 4 pCi/L threshold.

In a recent radon testing sweep of the county, Los Gatos and Saratoga proved to be problem areas for radon with 25.3 and 16.3 percent of homes testing in the danger zone respectively. Elsewhere, Palo Alto had a 16.3 percent rate above 4 pCi/L and Sunnyvale came in at 13.5 percent. Areas like Gilroy, Morgan Hill and Milpitas did not have a single home test at alarming rates.

But high radon levels do not doom us all to cancer. There are a few steps that can be taken to prevent risks presented by radon: