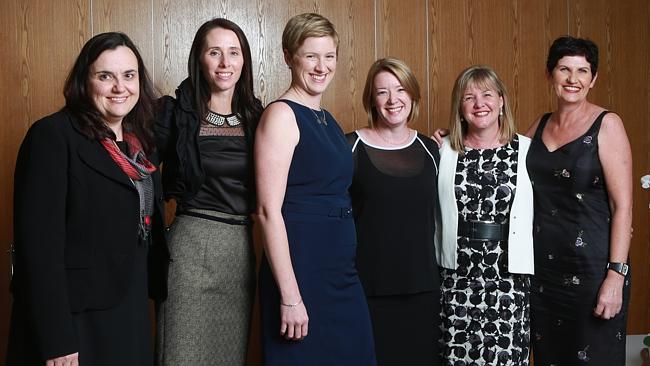 IF expectation has become the Australian way – where we wallow in a culture of entitlement fuelled by government hand-outs – then a group of Queenslanders is challenging us to follow a different path; a circle, in fact.

Just a week after social analyst David Chalke told The Sunday Mail that Australians had become “emotionally dependent” on government, with nearly three-quarters of households getting financial assistance, Queensland’s first “giving circle” was launched in Brisbane on Friday.

Women & Change is a clever concept: each member donates a fixed amount, which becomes part of a bigger grant to a community organisation.

Beneficiaries might include a domestic violence shelter or an arts program for children with disabilities, and each member gets an equal vote on where the money goes.

Giving circles began in the US just more than a decade ago and today there are more than 800, amassing hundreds of millions of dollars to address social disadvantage.

But it’s not just about giving; it’s about raising awareness and building relationships.

“You come together to discuss and tackle a cause – as you might a book you’d never read if not for your book club – and the great thing is that it’s collaborative, not competitive.”

As state manager for Philanthropy Australia, Maxwell knows how incredibly generous Queenslanders can be with their time.

We are brilliant volunteers as the recovery effort after the 2010-11 floods proved. Yet when it comes to financial donations, we’re less inclined to give, not necessarily because we can’t afford to or, as some reports would have us believe, we’re stingy.

“Australia is one of the most giving nations in the world based on volunteerism,” says Maxwell. “But we don’t have the philanthropic culture that exists in America.

“There is a stigma here that philanthropists are rich people and everyone below that is not expected to give, so we rely on the Government to support the things we want to change.

“Just as we are seeing a state and federal government shift away from a grant culture towards payment by outcomes, there will be more pressure (on citizens) to support the community than ever before,” Maxwell says.

“We’ve already seen cuts and changes of strategy in the community sector over the last 18 months; the community is going to have to pick up.”

She believes women are ideally placed to drive grassroots philanthropy.

“Women want to be effective as funders and they like making decisions. For many, a giving circle will be their first foray into organised philanthropy.”

Ray admits the $1000 annual Women & Change donation might be a stretch for some, but others “can give that many times over”.

Women dig deeper for charity than men, even though men earn much more, according to a 2013 report by the Australian Centre for Philanthropy and Nonprofit Studies at QUT.

This is because they more readily sympathise with, and identify with, issues, says centre director Professor Myles McGregor-Lowndes.

Values such as altruism and awareness of need also tend to be higher. That’s not to say men are tight-fisted. Look at the largesse of Clive Berghofer, Graham Wood, Graham Tuckwell and American Chuck Feeney.

But when women have such a propensity to give, why not? Even small acts of generosity serve people well.

University of California, Berkeley, psychologist Dacher Keltner says the act of giving boosts dopamine, the pleasure chemical in our brain. It also activates the parts of our nervous system that calm stress, so people who help others live longer.

And guess what else? Generosity is contagious.

Keltner says workplace studies show that if someone moves to a part of an organisation where people give a lot to charity, that person starts donating more too.

So when giving is good for us and for our community, instead of whingeing about problems we expect others to fix, let’s roll up our sleeves and get stuck in. Every bit helps.

As the inspirational Mahatma Gandhi said: “You must be the change you wish to see in the world.”

Kylie Lang is the editor of Qweekend magazine, every Saturday in The Courier-Mail [email protected]
Twitter: @kylie_lang