HAVE YOUR CAKE AND EAT IT TOO RICHARD PATTERSON >> 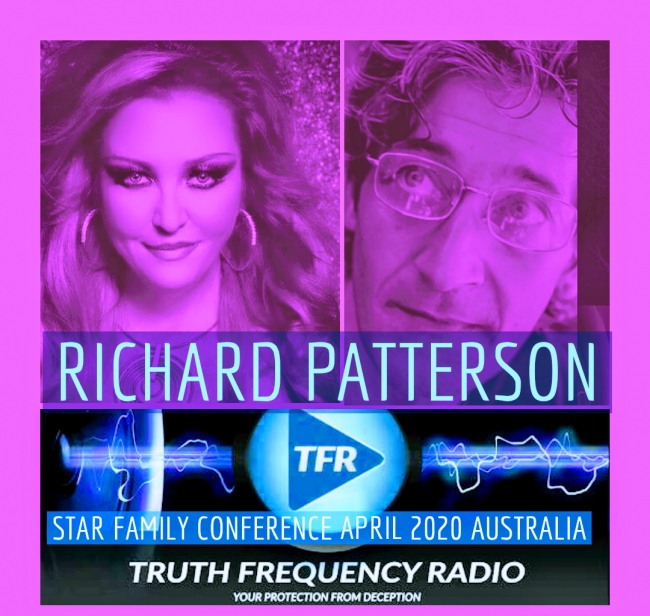 Starseeds Lightworkers Indigos and the Awakenend now is the time to pamper yourselves as we go through this energy because later we will be so busy . I talk to Richard Patterson who discovered Australia Stone Hedge near Mullinbinby and his insights into what to do right now . In his search for answers to the Earth’s enigmas, Richard Patterson has been dubbed a literary sleuth. His discoveries, which include solving baffling crimes and finding lost civilizations, have been reported worldwide by the BBC, CNN, ABC, Fox News, The UK Daily Mail, The UK Express, The New York Daily News, The UK Huffington Post, and New Dawn Magazine.

Patterson was born, Richard Patestos, in Melbourne, Australia in 1970. His parents were immigrants with a background of Latvian, German, Greek and Egyptian. His childhood was beset by tragedy. Before the age of 9, Patterson suffered a cardiac arrest on three separate occasions.

​He was rescued from a house fire at the age of 3, and resuscitated. He ‘died’ of blood loss, the victim of hit and run vehicle, on two occasions, at the ages of 5 and 8. It took him several years to recover from speech loss and partial paralysis and he still walks with a slight limp. These childhood events and other interesting experiences have given Patterson a unique of the world.

Patterson majored in philosophy at La Trobe University for his Bachelor of Arts degree. He also gained a postgraduate Diploma of Education at the University of Melbourne.

Patterson has spent most of his working life as an English and Drama teacher but he has also worked in the fields of marketing, banking, catering, entertainment, the military, journalism and digital art.

His non-fiction book, ‘Jack the Ripper, The Works of Francis Thompson’, published by Austin & Macauley offers a solution to one of the greatest murder mysteries.

Patterson powers of deduction caused his discovery of what is popularly known as ‘Australia’s Stonehenge’ a giant stone arrangement, said to date back to the Stone Age which experts call the most significant sight in history.

Patterson has travelled the globe in research and is asked to speak at conferences both locally and internationally.

WHAT IS A VULNERABLE NARCISSIST – GAV MACCA?

WARNING ALL LADIES First of all, this expose is not coming from revenge but as a public person with access to the media and Truth Frequency Radio , the Nikki Colombo Show tfrlive.com, I feel it’s important for women to be aware of the differences of narcissistic behaviour and how dangerous a Vulnerable Narcissist really...