Has The U.S. Been Using Biowarfare In Third World Countries, Again? 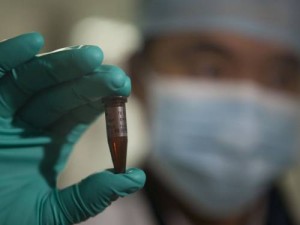 As the world cheers on the mad scientists who are now claiming they’ve developed a super-technique that can magically deactivate bird flu completely and make gain-of-function research “totally safe”, we’re getting reports from Nepal and India that not only contradict this wild-eyed claim, but also implicate the U.S. – and other Western nations – in conducting bioterrorism through one of its’ main “philanthropic” organizations: The Bill and Melinda Gates Foundation.

Third-world nations are already angry with Monsanto, for instance, for pushing GMO cotton seeds on their illiterate farmers using “Bollywood actors and aggressive, unscrupulous, and false advertising” ; However, when 47,500 of their children contracted polio/poliomyelitic paralysis after being exposed to polio after a live polio vaccine was used in their country, I think this was their breaking point. Live, oral vaccines are incredibly dangerous due to their “reversion to virulence” ; In any given population, a virus can sustain itself by living in the intestines of the child who swallowed it, and can spread for weeks on end to care workers, parents, and siblings during a diaper change if handwashing is not strictly enforced.

“In 2011 there were an extra 47500 new cases of NPAFP [non-polio acute flaccid paralysis]. Clinically indistinguishable from polio paralysis but twice as deadly, the incidence of NPAFP was directly proportional to doses of oral polio received. Through this data was collected within the polio surveillance system, it was not investigated.”

According to Think Twice Global Vaccine Initiative, this is exactly the reason why the CDC dropped the Oral Polio Vaccine from its’ schedule.

“In 1976, Dr. Jonas Salk, creator of the killed-virus vaccine used in the 1950s, testified that the live-virus vaccine (used almost exclusively in the U.S. from the early 1960s to 2000) was the ‘principal if not sole cause’ of all reported polio cases in the U.S. since 1961 [44]. (The virus remains in the throat for one to two weeks and in the feces for up to two months. Thus, vaccine recipients are at risk, and can potentially spread the disease, as long as fecal excretion of the virus continues [45].) In 1992, the Federal Centers for Disease Control and Prevention (CDC) published an admission that the live-virus vaccine had become the dominant cause of polio in the United States [36]. In fact, according to CDC figures, every case of polio in the U.S. since 1979 was caused by the oral polio vaccine [36]. 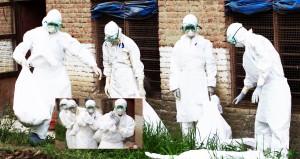 Then, a true indicator of bioterrorism itself reared its’ ugly head last week, when Nepalese authorities flat-out accused the U.S. of creating a “bird flu vaccine” that actually causes bird flu, which is nowhere outside the realm of possibility at this point. What’s worse (for the U.S., at least), the Nepalese seem to be smart enough to realize that their poor country is being used as a giant test tube for the West:

He said vaccines must have caused outbreak of bird flu in many places all at once. Dhukkhwa said powerful countries have been using poor countries like Nepal as a laboratory. “If Nepal has been used to test vaccine developed against bird flu in the USA, it is a misfortune,” he said. Dhukkhwa claimed that samples of dead birds have already reached America.

Also, the Hepatitis B vaccine we graciously supplied the Vietnamese government with has killed 5 babies in a row. Not to mention that two Cambodian children were hospitalized this week with H5N1. Globally, H7N9 seems to be reaching more of a climax, with dormant transmission and silent carriers coming to light. We may very well see a biological threat from this virus. These flu viruses – and especially the novel vaccines that “prevent” them – are of great interest to the scientific community right now, indicating an upsurge in the world of research in hardkill weaponry.

MERS seems to have its’ own methods of transportation, as well, being carried in camels as well before being transmitted to humans, and seems to be quite deadly to certain populations. Inter-species transmission of pathogens is also a topic of great interest to Livermore scientists and other organizations that have a military industrial complex background. All of these viruses, I believe, have been genetically-engineered in labs sponsored by Western nations and Israel for the purpose of population reduction through biowarfare. Researchers in the biotech field are even bragging about their bravado in creating new hybrid viruses to “deliver gene therapy” (Is that what they call it, nowadays?):

“We’re working on a hybrid approach,” he said. “Instead of making a random library (of viruses) or computationally designing a single virus, which has a low frequency of working, we’re trying to make smart libraries. We’re learning to adapt computer programs used for small proteins with a few thousand atoms for viruses with more than 100,000 atoms.”

Rather than target mutations in particular viruses, the researchers used the program to compare parts from different but related viruses to see if they would combine together to form new viruses.

“We’re treating them like Legos,” Silberg said. “We’re taking distantly related viruses that nature might not recombine very efficiently and looking for self-contained pieces of these proteins that can be swapped.” 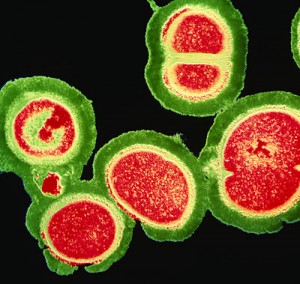 Many people still can’t seem to wrap their minds around the fact that viruses cause cancer, in up to 40% of cancers, actually. The Western-funded scientists seem to be keenly interested in how certain people evade these “rapidly-mutating viruses”, and that means something. And let’s not forget bacterial warfare, as well: MRSA is still being played around with in the lab, with no signs of that stopping anytime soon. The official reason for “studying” these microbes is “eradication and prevention”, but when more people are getting hurt by it, and more harshly than before, then we have to ask the question, “Are they really trying to eradicate/prevent these diseases? Or are they trying to promote bigger and badder ones?”

Some people might say, “Well, they’re really close to eradicating malaria and polio…” This is, unfortunately, a big lie that’s being fed to the dumbed-down Americans to make them feel better about what the Gates Foundation (through GAVI) is doing to third-world countries in our name:

The charade about polio eradication and the great savings it will bring has persisted to date. It is a paradox that while the director general of WHO, Margret Chan, and Bill Gates are trying to muster support for polio eradication (22) it has been known to the scientific community, for over 10 years, that eradication of polio is impossible.

And let’s not even get into how much “work” has been done on dengue “vaccines” and the new S. Korea/U.S. initiative to “study neglected diseases”. Meanwhile, vaccines are still “all the rage” here in the United States, at least in the public health sector and in schools: Indiana’s school districts are offering free school supplies to children if they – not their parents – consent to be vaccinated. This must mean that their vaccination rates have gotten so outrageously low, they’ve started targeting the children themselves with free stuff if they take shots their parents didn’t see fit to give them themselves. This is on top of new information that the basic scientific information regarding Gardasil, the leading “cancer preventative” vaccine, is totally and completely fraudulent, and has been responsible for hundreds of deaths and thousands of adverse reactions.  Better warn your kids, folks: Don’t take the vaccines!