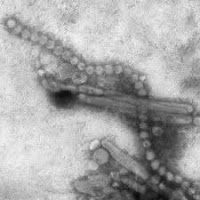 It’s common knowledge that influenza viruses mutate. They change and adapt quickly. One of these mutations, the one that enables them to become drug resistant, comes at a high price to the virus. It weakens it.

This is not the case with H7N9. Patients suffering with H7N9 have been treated with Oseltamivir (Tamiflu) and the virus has shown it is resistant in several patients. Normally this would improve the prognosis for the patient, but it hasn’t. Patients have still suffered a long duration of illness and poor clinical outcomes generally, with some patients still dying from the disease.

In this outbreak, we saw some differences in the behavior of H7N9 and other avian influenza strains that can infect humans, beginning with the rapid development of antiviral resistance in some people who were treated with oseltamivir and the persistence of high viral loads in those patients.”

But surprisingly, transmission of the drug-resistant virus was no less efficient than that of the drug-sensitive version. Many of the people infected with H7N9 during the outbreak in China were elderly or had other conditions that predisposed them to severe influenza illness,” observed Dr. Bouvier. “Nevertheless, our study suggests that flu viruses can indeed develop drug-resistant mutations without suffering a penalty in terms of their own fitness. (source)

The Icahn School of Medicine at Mount Saini has had their report published in Nature Communications. You can read the full report here.

The fact that the virus does not weaken once it develops resistance has caused grave concern amongst scientists. The speed and virulence with which H7N9 strikes have had doctors worried since the disease first surfaced in China just a few months ago.

Although the disease has been proven to pass from person to person it does not, at this point, do so easily. Scientists are concerned that should H7N9 infect a person who is suffering from seasonal, easily transmissible flu, that genetic reassortment will take place allowing the H7N9 virus to be easily passed from person to person.

With H7N9 developing drug resistance so fast, and with that drug resistance not altering the ‘fitness’ of the virus, the race is on to find something that will reduce its virulence.

The World Health Organization has so far recorded 139 cases and 45 deaths from H7N9, a fatality rate of almost 33%. If H7N9 does make the leap and become routinely transmissible, a pandemic would result in millions of deaths worldwide.

All flu viruses mutate. Eventually the reassortment takes place that enables them to move rapidly through the population. It really isn’t a matter of if, it’s a matter of when.

Let’s hope the scientists, doctors and researchers find the answer to the H7N9 problem before the virus makes that inevitable leap.

Chris Carrington is a writer, researcher and lecturer with a background in science, technology and environmental studies. Chris is an editor for The Daily Sheeple, where this first appeared. Wake the flock up!