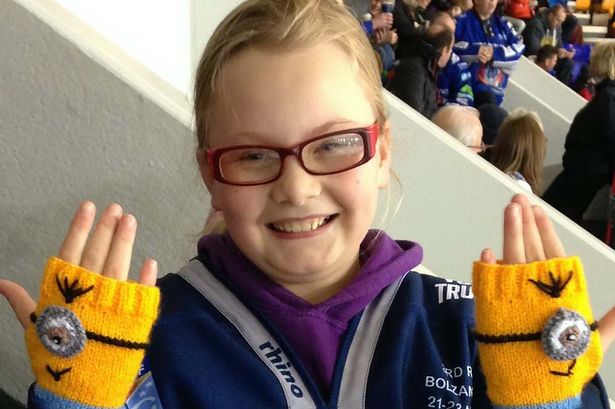 Heartless teachers stopped a 11-year-old going on an end-of-term restaurant treat because she went to her mother’s funeral.

Maddie Stevens was left sobbing after missing the outing to Frankie & Benny’s with pals as only pupils with 100% attendance records were permitted.

Mum Gail, 48, died in January after a two-year battle with breast cancer and her daughter took the day off to be at the funeral.

Maddie’s dad Andy is furious with St Giles’ Junior School in Bedworth, Warks, as teachers still refuse to apologise even after being told the reason behind her absence.

Finance manager Andy, 48, fumed: “It’s so insensitive after everything Maddie has been through.

“She has been absolutely amazing since her mum died. She took only one day off to go the funeral, because we wanted to keep things as normal as we could.

“Then she gets this kick in the face. Her school should be celebrating what she has achieved. Instead she’s been punished for going to her mum’s funeral. It’s a big moment leaving junior school.”

Maddie said: “It made me feel sad not to go – it would have been a nice treat. Helping my mum for the past two years has been hard.”

St Giles said: “Following concerns raised, the rewarding of pupils for 100% attendance has been withdrawn.”