Fire It Up: Fungibility of Feathers, Floods & Fine Art >> 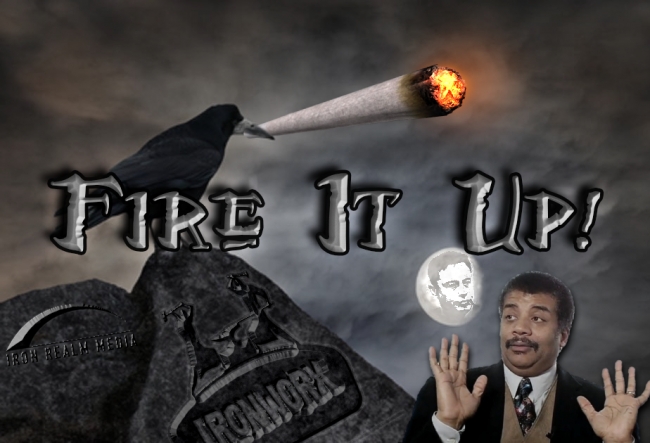 Today we are ALL OVER the Plane! We start out with concerns for Liz, our very own Iron Maiden, due to the heavy flooding and thunder(?) reported in Fife on the Land o’ The Scotts. She is ok, not washed away, so we turn our attention to the kid-cooking heat-wave hitting Texas in the US. 108 degrees is a bit toasty this early in the summer, even for Tejas! But, then, weather warfare tends to do that to folks.
–“We are your oracles—your Ammon, Delphi, Dodona, and your Apollo. You don’t start on anything without first consulting the birds, whether it’s about business affairs, making a living, or getting married. Every prophecy that involves a decision you classify as a bird. To you, a significant remark is a bird; you call a sneeze a bird, a chance meeting is a bird, a sound, a servant, or a donkey—all birds. So clearly, we are your gods of prophecy.” -Aristophanes, Birds 716–24. No, Hitchcock didn’t rip him off. But we learn a bit about birds as omens and auguries.
–A group of students, their teacher, and some community members launched a weather balloon into the sky above Annapolis Royal, N.S., early Saturday morning. The balloon was toting a Styrofoam box containing a canvas and a smaller balloon filled with paint. When the large weather balloon exploded almost 33 kilometres above the Earth’s surface, the whole package began plummeting. The launch and descent of the weather balloon went off without a hitch, said Derick Smith, the school’s physics and art teacher.
Sometime during the journey, the small balloon also popped — and the paint began to cover the canvas. “It’s crazy to think that that painting was made in space,” said Finn Hafting, a Grade 12 student at Annapolis West Education Centre. “It’s crazy that the motion of the balloon was the thing that made that painting. We didn’t touch it at all.” Hafting described the painting as “kind of wavy” with “a lot of streaky lines.” Crazy. Agreed, Finn, agreed.
–Turns out that roach has been burning for quite a WHILE…2500 years long…or so they say…dank, indeed.