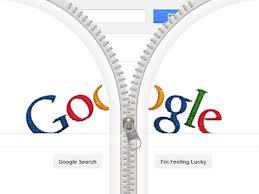 In what would make a really good episode of the Twilight Zone, a Federal Judge has ordered Google to hand over customer documentation for an FBI warrantless search. Google has been the leader in the private spy industry for years, well-surpassing the Federal Government’s spying capabilities. But in a turn of events, Google actually petitioned the court to refuse disclose of their data mining schemes to the FBI.

U.S. District Court Judge Susan Illston ordered Google to comply with the FBI’s request to disclose information based on (you guessed it) “National Security”. It’s always based on national security! Well, I don’t feel very secure in this ever-growing police state, do you? In fact the only people who have really harmed me are the guys with badges waving guns around who want to throw me in a cage. Sure, bad guys exist but not in the capacity that the police state does. And let me tell you, I’ll take an Islamic Jihadist waving a Butcher’s Knife in the street over a jackboot thug cop in my face any day!

Google claims that the information demanded by the FBI was “unconstitutional” and “unnecessary”. The ruling is on hold until the  9th so Google can appeal this decision. In 2007, the Justice Department ruled that the FBI has misused these “national security” demand letters on many occasions. This comes of course in the light of Obama’s warantless seizure of Associated Press emails in his new war against journalists.

These letters are primarily used to obtain private phone records, e-mails and other communications, many of whom are American citizens. It seems like the war of terror will not end against the people of the world. To make matters worse, it was revealed that on April 22 the same judge filed a petition to compel Google to comply with the FBI’s demands. If that isn’t a conflict of interest, I don’t know what is.