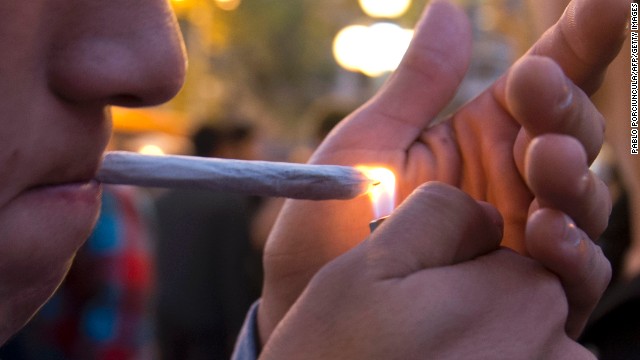 (CNN) — The latest data suggest that it’s possible to be a pot head.

Teens who were heavy marijuana smokers, smoking every day for about three years, had more difficulty performing memory tasks and had abnormal brain structure changes compared to those who had never used the drug.

The findings, published in the journal Schizophrenia Bulletin, add to the debate over how potentially damaging marijuana can be on the brain, and how long lasting cannabis’ influence on brain structures is.

Previous studies found memory loss among marijuana users, but scientists continue to struggle with teasing apart whether marijuana contributes to these memory problems, or whether those with memory issues tend to turn to marijuana more frequently.

The results are especially troubling for those with mental health issues, or may be at greater risk of them.

“The abuse of popular street drugs, such as marijuana, may have dangerous implications for young people who are developing or have developed mental disorders,” said study author Dr. John Csernansky, the chair of psychiatry and behavioral sciences at Northwestern University Feinberg School of Medicine and Northwestern Memorial Hospital, in a statement.

“This paper is among the first to reveal that the use of marijuana may contribute to the changes in brain structure that have been associated with having schizophrenia.”

While the study doesn’t establish that smoking pot can cause schizophrenia, it does suggest that marijuana use should be investigated as a possible contributor to brain changes that can mirror those linked to the psychotic disorder. The authors also acknowledge that further research — conducted on a population of people over an extended period of time — is needed to better understand whether certain structural differences make it more likely that people will abuse marijuana, or whether cannabis can actually contribute to these anatomical differences.

This article was originally published on TIME.com.