October 20, 2012 – EGYPT – A 5.3 (5.0 USGS) magnitude earthquake hit Alexandria early on Friday morning. Hatem Oada, head of the National Institute for Astronomical and Geophysical Research, said in a statement to the state-run MENA news agency that regional seismic networks indicate the tremor hit at 5:35 am, Cairo time. No damages or injuries have been reported. The epicenter of the quake was in the Mediterranean Sea, north of the Delta. This region is not typically seismically active, Oada said.

October 20, 2012 – PERU – At least 11 Peruvians were killed and 10 more are missing after a mudslide Wednesday slammed into a small village in a mountainous jungle region, officials said. Those killed in the landslide include five children, Ronald Garcia, the provincial mayor, told RPP national radio network. The avalanche of mud and rocks swept away 24 homes when it crashed into the village of El Porvenir, in the northern department of San Martin, at dawn. The head of Peru’s Civil Defense Institute, Alfredo Murgueytio, told the daily El Comercio in an interview posted online that rescuers pulled 11 bodies from the rubble, and that 10 people are still missing. Mayor Garcia said that some of the missing people may have fled into the hills to save their lives. “Whole families are missing,” said Garcia. More than 80 families live in the village, he said. El Porvenir residents are mostly coffee farmers, officials said. Heavy rain in Peru’s Andean region in recent weeks has triggered several landslides. 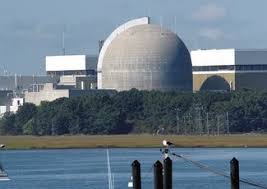 October 18, 2012 – New Hampshire — An “unusual event” indeed. The 4.0 magnitude earthquake that rumbled across the Seacoast and beyond Tuesday evening triggered normal safety protocols at the Seabrook Station nuclear power plant. The Nuclear Regulatory Commission declared an “unusual event” — NRC-speak for the lowest of its four levels of emergency classifications — at 7:20 p.m. Tuesday. The declaration was prompted by on-site ground motion resulting from an earthquake centered near Hollis, Maine — about 50 miles from the plant. “There was absolutely no impact to the plant from the earthquake,” said Al Griffith, spokesman for NextEra Energy, the plant’s owner. Griffith said a series of mandated safety checks were conducted at the plant, concluding at 1:49 a.m., some six and a half hours after the tremor. Citing the “robustness” of the plant’s design, Griffith assured that it is capable of withstanding a far, far greater impact than Tuesday’s quake. There are seismic monitors on site and Griffith said officials will be conducting “a very thorough examination and analysis of all of our data.” An NRC resident inspector assigned to Seabrook responded to the site last night to confirm that there were no immediate safety issues at the plant, which is currently shut down for a scheduled refueling and maintenance outage. “The reactor was fully shut down at the time the earthquake occurred,” said Neil Sheehan, regional public officer for the NRC. “Following procedures used when there is seismic activity affecting the plant, NextEra personnel conducted initial walkdowns, i.e., visual inspections, and confirmed that all key safety systems were functioning properly and that there was no significant structural damage,” Sheehan said in a statement. “The company will subsequently gather more seismic data and perform more detailed inspections.” Asked about the need to be vigilant in preparing for and reacting to any seismic activity, particularly in the wake of the March 2011 disaster following an earthquake and tsunami at the Fukushima Nuclear Power Plant in Japan, Sheehan said, “What happened at Fukushima served as a vivid reminder” of why the highest safety protocols are put in place and enforced. Last April, NextEra Energy conducted a tsunami drill Tuesday at the Seabrook Station plant in order to identify strengths and weaknesses of the plant in case of such a disaster.

October 18, 2012 – DOMINCIAN REPUBLIC – A 4.7 magnitude quake rattled the Central Mountain towns of Padre las Casas and Constanza Tuesday night, panicking residents. It’s the third moderate tremor in as many days in the country’s south-central region, felt in several towns in the area. According to the United States Geodetic Survey, the quake occurred at 11:30pm, at a depth of 12.7 kilometers (around 8 miles). Inhabitants of the villages of Guayabal and Sabana Yegua also felt the shake and another, less intense aftershock minutes later. No damages have been reported thus far.

A 4.0-magnitude earthquake struck the northeastern US state of Maine and was felt as far south as Boston and throughout New England, shocking residents unaccustomed to such tremors.

There were no reports of damage or casualties following the quake, which struck shortly after 7:00 pm local time (2300 GMT), with its epicenter recorded at a relatively shallow 3.1 miles (five kilometers), six kilometres northeast of Waterboro, Maine .

Twitter users in Montpelier, the capital of the state of Vermont, reported feeling “sustained shaking for 10 seconds,” according to the Burlington Free Press newspaper.

Experts at the US Geological Survey put the quake as high as 4.6 on the Moment Magnitude scale before recalibrating it down to 4.0.

October 17, 2012 – INDONESIA – Jakarta: An earthquake measuring 6.0 on the Richter scale jolted off North Sulawesi province in eastern Indonesia on Wednesday but neither tsunami alert was triggered nor casualties or damages were reported. Indonesian Meteorology and Geophysics Agency said that the quake happened at 11:42 a.m. Jakarta time (04:42 GMT) with epicenter at 113 km northwest of Kepulauan Sangihe in the province at the depth of 308 km under sea bed. The U.S. Geological Survey said that the earthquake measuring 6. 0 on the Richter scale jolted Celebes Sea between Sulawesi and Mindanao. Head of Disaster Management and Mitigation Agency in Sangihe district, Rintj Sambato, said that there was no building damages or casualties. Indonesia sits on the so called “Pacific Ring of Fire” vulnerable to seismic and volcanic activity.

October 12, 2012 – INDONESIA – A magnitude 6.7 earthquake has struck eastern Indonesia near the Aru Islands. The US Geological Survey (USGS) said the quake was originally measured at 6.9. It struck at a depth of 33 kilometers, 80 kilometers north-northwest of Dobo on the Aru Islands. The US Pacific Tsunami Warning Center said a destructive widespread tsunami was not likely to be generated by the earthquake. However, it said there was a small possibility of a local tsunami. People in the northern Australian city of Darwin reported feeling the tremors. Today’s earthquake is the fifth 6.0+ magnitude earthquake recorded in the month of October. 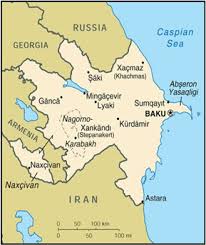 October 9, 2012 – AZERBAIJAN – At the International Seismology Conference taking place in Baku American scientist and seismologist Robert King has informed that in Baku and Absheron peninsula it is expected an increase in seismic activity as a result of compression fracture between the Minor and the Greater Caucasus. “Our research showed that the Arabian and Eurasian lithospheric plate is characterized by high strength, and as a result they do not deform internally, and tremors are the result of oceanic activity, located between these territories. In the entire Caucasus a fault is observed, in the south and the north there is some movement and deformation in the lowlands between the Minor and the Greater Caucasus. In the Baku seismic zone the speed of fault is 12 mm a year over 100 km. At that, to the south of Baku it is observed fracture and displacement of the Earth’s crust in the direction of the Caspian Sea, where compression takes place that will lead to a narrowing of the Caspian Sea. At the same time, we find it difficult to predict the results of all the occurring processes,” he said. According to Mr. King, in order to predict the results of the occurring processes it is needed to determine whether a similar contraction is in the depths of the earth, develop a range of different geodetic models, neo-tectonics, a map of faults that will be possible as the installation of 25 new seismic stations. “To continue the research, stations should be installed at a distance of 5-10 km from each other on the perimeter of the fault. It is necessary to invest in this as much money as has already been invested in the purchase and installation of stations in order to study the processes occurring in the soil, as well as raising of the level of oil reservoirs. All these studies are important in order to determine possible effects of very large deformations that occur to the south of Baku, in order to prepare for a possible earthquake,” he said. October 9, 2012 – PAKISTAN – At least 15 families have abandoned their houses due to landslides triggered by tremors in two villages of Hunza-Nagar District. The landslides damaged a main water channel and other public and private property in Mayoon and Hussainabad villages. “At least 15 families have moved in with their relatives in view of the looming threat,” Shahzad Hussain, a resident of the area told The Express Tribune on Monday. He said that the landslides started two weeks ago. So far a main water channel, a link road and 12 electricity polls have been damaged. The landslides have also destroyed wild fruit trees. “There is no light or no water in the area,” Hussain said, adding that the remaining villagers are also considering moving due to the tremors. Complaints to officials over the disrupted water and electricity supply yielded no result. Another resident said fissures have already appeared in the ground in some parts. He said the villagers who had moved away did so on the advice of experts sent by a non-governmental organization. Another villager said, “We hope the government will act swiftly to minimize our losses.” Others were not as hopeful, saying that past landslides have devastated several houses, orchards and standing crops in Shinaki area, but the government did not do anything for the people. Gilgit-Baltistan Disaster Management Authority Director Burhan Afandi said that the government is planning to conduct a survey in the area to find the cause behind landslides and tremors. “Thirteen families have been relocated as a precautionary measure and we will be conducting a survey to find out the causes,” he said. In 2010, the government had shifted 55 families from Hussainabad village to safer places due to landslides, but later the villages returned as the situation turned back to normal. According to the then Hunza deputy commissioner, fissures had developed on some parts of the surface, causing landslide in the region, which is on a fault line.