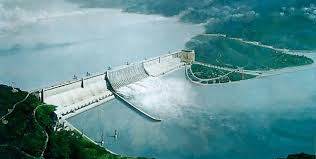 November 1, 2012 – CHINA – An earthquake measuring 3.2 on the Richter scale hit a central China region where the world’s biggest water reservoir the Three Gorges Dam is located, though no harm to the structure was reported. The tremor hit Zigui County of Yichang City in Hubei Province at 3:42 am and its epicentre was located at five km below ground, according to the China Earthquake Networks Center. No casualties were reported though the earthquake was felt across Zigui, state-run Xinhua news agency said. “The minor earthquake has not affected the Three Gorges Dam, which can endure far stronger earthquakes,” Hu Xing’e, vice head of the management bureau of the project with the China Three Gorges Corporation said. She said that no earthquake-triggered landslides have been reported in the reservoir area and all power generating units and ship locks are working normally. The dam, the world’s largest water control and hydropower project which spans the Yangtze River, China’s longest waterway, was unaffected by the 8.0-magnitude earthquake that hit the country’s southwestern Sichuan Province in 2008. On Tuesday, the water level of the hydropower project reached its designed full capacity of 175 metres in a storage test that allow experts to observe, research and validate the dam’s original design and to test its hydropower turbo-generators. The test marked the third round of the full-capacity storage test conducted since 2010. “Wednesday’s earthquake was a shallow-focus earthquake rather than a structural one,” said Zhang Shuguang, head of the project’s management bureau. “It was not very destructive.” Zhang said the earthquake could have been triggered by water pouring into caves or the excavation of coal mine shafts in the region. Since the dam started to hold water in 2003, about 19,000 earthquakes, most of which have been slight or ultra-slight, have been reported in the reservoir region, according Niu Xinqiang, head of the Yangtze River Institute of Survey, Planning and Design. “No structural earthquake has been reported,” he said. “The frequency of earthquakes and landslides in this region has been lessening over the past years,” he said. However, critics of the dam allege that most of the tremors were caused by the weight of the mammoth water storage.

October 30, 2012 – ICELAND – The earthquake swarm in the Tjörnes Fracture Zone north off Iceland continues into its 10th day. After a decline in intensity during 25-28 Oct, the frequency of quakes has again picked up. There are often more than 100 quakes a day including some above magnitude 3. The Icelandic Met Office maintains a warning for a possible larger quake in the area. 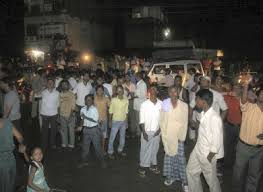 October 29, 2012 – INDIA – Panic spread across several villages in five districts in the state due to mild tremors on Monday. People ran out of their houses when the earth shook for a few seconds. Though no casualties were reported from any of the districts, there was panic in many places in Krishna, Guntur, Prakasam, Nalgonda, and Khammam. There were reports of tremors even at Hayathnagar in Rangareddy district around the same time. The earth quake monitoring centre at Vijayawada termed the incident as ‘very minor’ and said there was nothing to worry about. “It’s common to experience such tremors when the rocky layers of earth make adjustments within themselves,” said RDO S Venkata Rao. According to information, some houses and structures suffered minor damages due to the tremors in Nalgonda district. However, officials admitted that it was for the first time that the tremors were felt in so many villages almost simultaneously. Many of these villages which are closer to the Krishna river bank were put in the tremor zone long back. Not much damage occurred though these areas often experienced tremors. In fact, a few villages in Krishna and Guntur districts experience tremors frequently. Monday’s tremors put people on the edge because they were felt in several villages. “I was shocked when I felt the earth moving under my feet,” said Shaik Meera Hussain of Chandarlapadu village near Nandigama. He said he ran out of his house shouting that all the family members should come out. Hundreds of villagers ran out of their houses and spent nearly an hour on the streets fearing that the tremors might occur again. The quake measuring 3.8 on the Richter scale epicentered 25 km west of Narsaraopet and north of Vinukonda, according to seismologists of the National Geophysical Research Institute (NGRI) in Hyderabad. Seismologist D Srinagesh of NGRI said that as a result of the quake, tremors were felt at several places within 100-km radius of the epicentre. “There is nothing to worry about as it cannot be described as a big quake. However, we are monitoring the situation,” Srinagesh said.

7.7 magnitude earthquake strikes Queen Charlotte region of BC: strongest earthquake in the region in 63 years