A 34-YEAR-OLD man who died after his body was severely burnt during an explosion at a country pub, used his hard hat to scoop water over his injured mate before helping himself.

Barry Purtell and Dave Lobb, 52, were in the cellar of the Rochester Hotel, north of Bendigo, when a flash fire erupted yesterday afternoon.

The men were wearing shirts and shorts and had much of their skin exposed while removing a refrigeration unit in the cellar of the Moore St building, when the explosion occurred about 1.30pm.

Mr Lobb remains in a critical condition in The Alfred hospital.

It’s believed there may have been an undetected gas leak in the pub.

Mr Purtell, a dad-of-two who moved to Rochester a year ago and was living at the pub, has been remembered as a “generous, eccentric, energetic hurricane” who was “always on the go” lending a hand.

It was his last act of kindness that ultimately lead to his death. 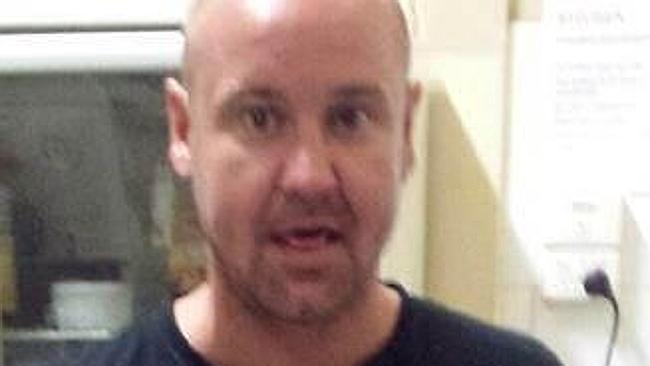 A group of friends had gathered for a working bee yesterday after the family had decided to close the pub for good.

Close friend Ashley Conway, whose parents own the pub, said she and others didn’t realise that “Bazza” was seriously injured because his focus was on the safety of others.

“None of us could see that Barry was so hurt — from what I believe (his injuries) were more internal,” Ms Conway said.

“He was wearing shorts so I don’t know how I didn’t see the burns on his skin.

“Barry was sitting on a chair, police were already on scene, and Dave was sitting in a pool of water.

“He (Barry) had a hard hat on, this ridiculous hard hat he loved that wore for the fun of it,” Ms Conway said.

“He was using it, scooping it out of the water that was running off Dave and pouring it back on to him from the puddles on the ground.” 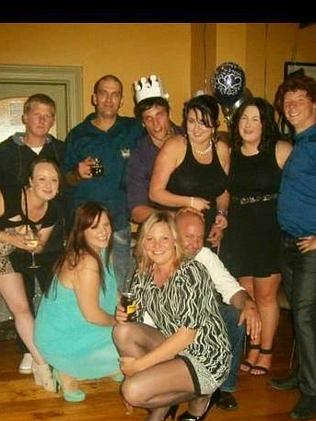 Barry Purtell in white shirt, with members of the Conway family. Source: Supplied

Having separated from his partner, Mr Purtell was apart from his young children.

But he spoke of them often, showing friends photos and talking about how he hoped his kids would live an outdoor life, as he had growing up.

Another friend, Shellie Crouch, said he was a “cheeky, fun-loving guy” who always had time for everyone.

“He was constantly mucking around, always had high spirits,” Ms Conway said.

“He would sneak through windows and play jokes in the middle of the night.

“He set off the smoke alarms in the hotel room when the hotel was full of guests for my engagement party.

“He evacuated half the hotel before we realised it was a prank.”

A motor mechanic by trade, Mr Purtell was preparing to set up his own business in his new home town.

Ms Conway and her fiancé Michael Delben recently asked their friend to be a groomsman at their wedding.

“I called him my brother, he called my parents ‘mum and dad’,” Ms Conway said.

“We didn’t realise our family was incomplete, until Barry walked through our doors.”

On Saturday night Mr Purcell gave a speech at a party to celebrate the last-ever drinks at the pub.

“He was just starting to get his life together again.”

Emergency services rushed to help Mr Purtell and Mr Lobb. Both men were flown to The Alfred in a critical condition.

“He always said he wanted to be a helicopter pilot so it’s uncanny that he had to be flown,” Ms Conway said.

“I think he’ll be thrilled he got a helicopter ride — it will be one last hurrah.”

Worksafe spokesman Peter Flaherty said an investigation was under way.