Drugs As A Weapon Against Us w/John Potash >> 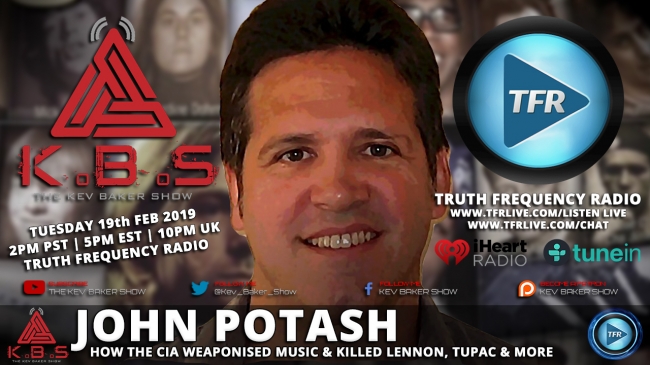 John Potash, author of “Drugs As A Weapon Against Us” joins me to discuss the CIA’s role in weaponising music & the role they played in the rise & fall of so many household names from the 60’s onwards. We discuss the MK-Ultra programs including the use of LSD & get into how the CIA played a pivotal role in the music industry & counter culture movements.

We also get into the untimely demise of characters including John Lennon, Tupac, Kurt Kobain & many more…

John Potash has been featured on C-Span’s American History TV, A&E, The Reelz Channel, The Real News Network, and RT television networks. He has also been featured on hundreds of radio programs in the U.S, England and New Zealand, including Coast to Coast AM. He has published articles in Z magazine, Covert Action Quarterly, The Baltimore Chronicle, Rock Creek Free Press, and The Free Press. He has worked counseling people with mental health problems and addictions for over 25 years.

In May 2015, Potash released his book: Drugs as Weapons Against Us: The CIA’s Murderous Targeting of SDS, Panthers, Hendrix, Lennon, Cobain, Tupac and other Activists. Potash completed graduate studies at Columbia University. He published his first book, The FBI War on Tupac Shakur and Black Leaders, in 2007.