Did Somebody Intentionally Set California Wildfires?

Calmer winds and cooler temperatures are aiding firefighters battling blazes in Southern California today, with arson being investigated as a possible cause.

But the fires continue to burn, with at least one person dead and more than 10,000 acres scorched. Conditions remain problematic, as the entire state is experiencing drought conditions, leaving dry brush to fuel the flames.

It’s unclear how many houses have been damaged. Investigators are still trying to figure out what caused the fires.

“We all have suspicions like the public does when we have nine fires that started all over the county,” San Diego County Sheriff Bill Gore said. “We are actively investigating the start of those fires.”

A 19-year-old and 17-year-old were arrested Thursday, accused of starting a pair of smaller fires in Escondido. But authorities say those fires were quickly extinguished, and authorities don’t believe there is any connection to the larger fires that remain burning.

Firefighters found a body in a transient camp Thursday. The body was so badly burned that officials have been unable to make a positive identification.

Air and ground crews continue fighting the fires, trying to contain the flames. Jack Whitling’s aunt lost all her possessions in the fire. Her home had been in the family for nearly half a century.

“It’s just devastation. It’s irreplaceable, you know, when somebody grows up in a house,” Whitling said, looking at the destruction.

As the flames inched closer, he tried to save the home, but the smoke was too thick.

“It was too late,” he said. “It just jumped straight in and you couldn’t do nothing.” 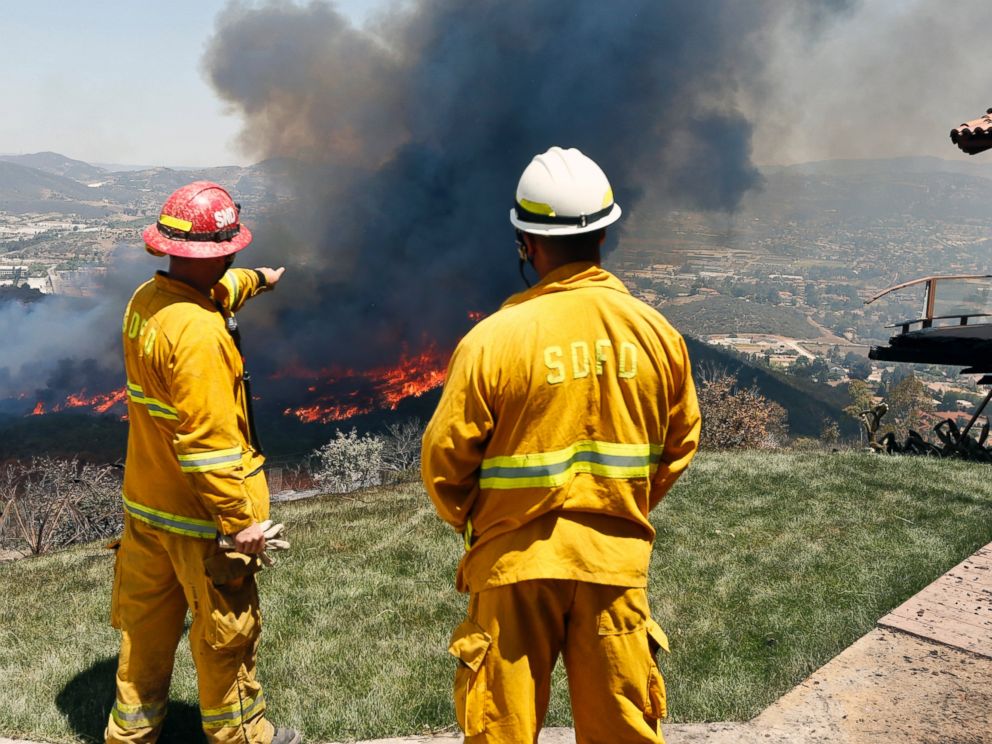 AP Photo
PHOTO: Firefighters plan their attack as the brush fire flares up heading toward homes, May 15, 2014, in San Marcos, Calif. 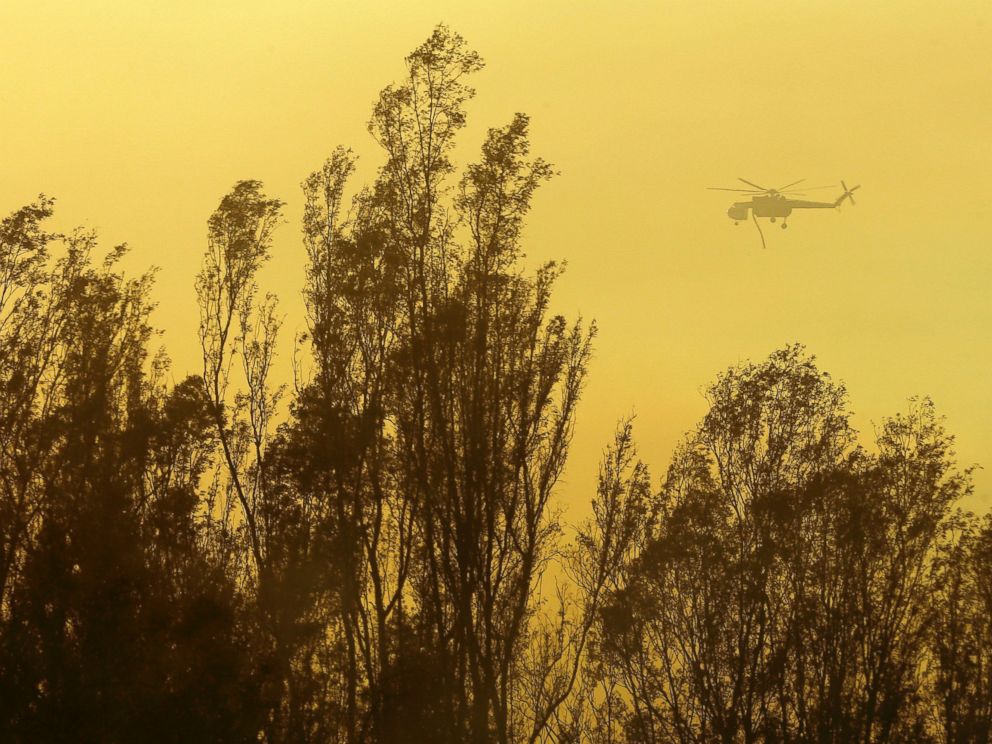 Veronica Navarro and her mother, now evacuated, watched as homes across the street shot up in flames.

“The fire was actually really close, like I could feel the heat actually rub against my skin. It was really hot,” Navarro said.

Displaced residents such as Mari Ruiz are holding out hope that the flames won’t damage their homes.

“We’re sitting here waiting to see what happens, if we’re going to be able to go back and see if the houses are destroyed or not,” Ruiz said. 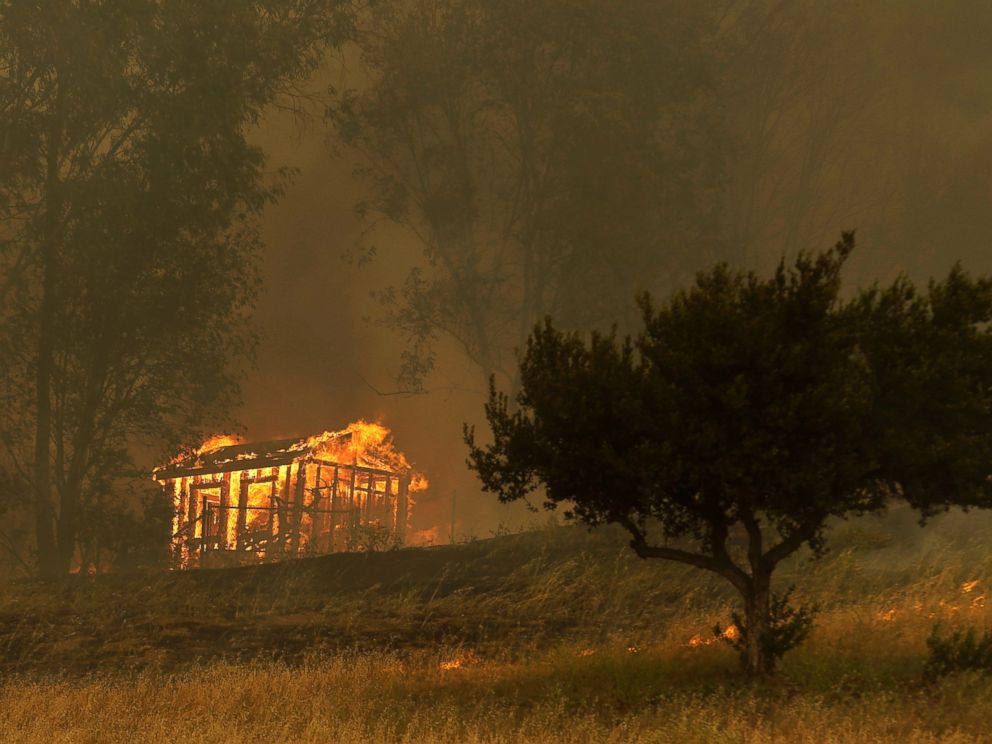 Gregory Bull/AP Photo
PHOTO: Fire engulfs a structure during a wildfire, May 15, 2014, in Escondido, Calif.
Source