DEMONS: Why They Want Women MORE Than Men–the Facts May Surprise You! 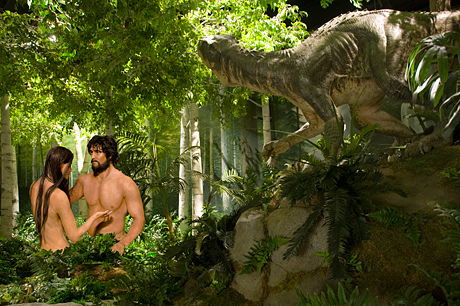 When Adam and Eve were in the Garden of Eden, Satan came to Eve in the form of a serpent and enticed her.  When Eve gave into the serpent, she then went to her husband, Adam, and enticed him.  At this point, both Adam and Eve gave into temptation and sinned. As a result, sin entered the world and corrupted the perfection God had originally blessed humanity with.

Later, the fallen angels began taking notice of their beautiful daughters and decided they would be good ‘hosts’ for their serpent seed, in order to infiltrate the human race, thus, providing them with a body in order to further fulfill their plan of global domination in the human race.

And it came to pass, when men began to multiply on the face of the earth, and daughters were born unto them,

2 That the sons of God saw the daughters of men that they were fair; and they took them wives of all which they chose.

3 And the Lord said, My spirit shall not always strive with man, for that he also is flesh: yet his days shall be an hundred and twenty years.

4 There were giants in the earth in those days; and also after that, when the sons of God came in unto the daughters of men, and they bare children to them, the same became mighty men which were of old, men of renown.

First of all, I would like to point out that they ‘took’ for themselves wives ‘whom of ALL which THEY CHOSE.’  It doesn’t sound like the women had a choice; rather, they ‘took’ the women they chose.  With that being said, it would appear they were forced.  Secondly, when it says in v. 4 that the sons of God (fallen angels) came in unto the daughters of men, and they bare children to them, (who were the nephilim/giants)…does it positively mean they had sex with them?

Jesus answered and said to them, “You are mistaken, not knowing the Scriptures nor the power of God. For in the resurrection they neither marry nor are given in marriage, but are like angels of God in heaven.

This verse is used frequently by people to say that humans can’t have sex with ‘angels’. But why? Upon closer investigation, the verse does not say this at all.  It says that ANGELS OF GOD IN HEAVEN do not marry nor are given in marriage. In Jesus’ own words, He clearly specified the angels of God in heaven.  He is not talking about demonic fallen angels.

Nonetheless, one of two things happened here in Genesis 6:

(A) the fallen angels had sexual relations with the women, and the women then gave birth to the nephilim/giants.  Or,

(B) the fallen angels somehow genetically implanted their serpent seed into these women, thus using them as a host in which to birth their corrupted race.  Is it possible they were not attracted to them sexually speaking; rather, these women met their qualifications for the bringing forth of their demonic race? 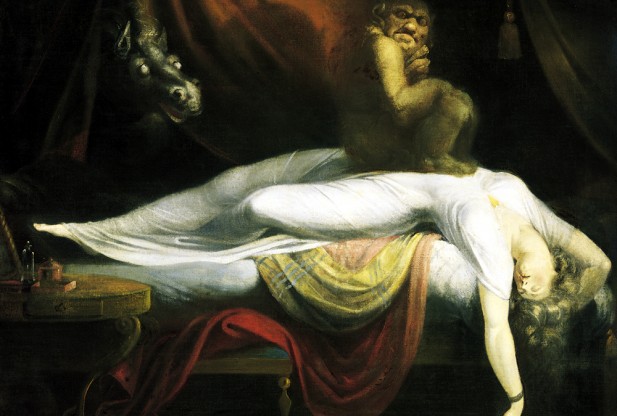 But what does this have to do with the headline, you ask?  It has much to do with the headline.  Women, since the beginning of time, were the doorways to corruption in the human race.  Does this mean women are evil, or that women can’t be used of God? Heavens no! I am not implying that women are any different than men when it comes to wickedness.  What I am saying is that because more women tend to be ruled by emotions rather than facts (not all women, but MORE women), women can oftentimes be more receptive, or open, to demonic attacks than what men are.

Why Do Demons Oppress Women More Than Men?

Men and women alike, since the fall of man, are both hunted, stalked, and tormented by demonic entities. In fact, just as God assigns angels to us, Satan assigns demons to us as stumbling blocks to persuade us, lure us, and pull us away from God.  Whether we are possessed or oppressed, they will be there to try and get back in as long as we live in a body of flesh. This is why it is important to keep all the doors in your own spirit securely shut!  You do this by accepting Jesus as your Savior, obeying God, staying in His Word, communicating daily with God, fellowship with other believers, and actively practicing spiritual warfare each and every day against the enemy—rebuke him using God’s Word and the name of Jesus all throughout your day.

However, when we give place to the enemy in our life, we are willfully opening doors into our spirit and letting him walk right in.

A Christian can’t be possessed, as to be possessed means to be owned.  One who has invited Christ into his or her own spirit to dwell can only be oppressed. To be oppressed is no different than to be possessed, except that the victim is not owned because they have been bought with the blood of Jesus Christ. Sometimes, whether we are oppressed or possessed, we require deliverance. Certain demonic spirits are more difficult to get rid of than others, but they can be cast out.

In regards to a specific type of demon the disciples had no success casting out, Jesus said, in Matthew 17:18-21,

18 And Jesus rebuked the devil; and he departed out of him: and the child was cured from that very hour.

19 Then came the disciples to Jesus apart, and said, Why could not we cast him out?

20 And Jesus said unto them, Because of your unbelief: for verily I say unto you, If ye have faith as a grain of mustard seed, ye shall say unto this mountain, Remove hence to yonder place; and it shall remove; and nothing shall be impossible unto you.

21 Howbeit this kind goeth not out but by prayer and fasting.

Men and women alike are emotional beings, however, as I’ve mentioend above, women are naturally more emotional creatures than what men are. That is how God made us, to complement one another with our strengths.  Where a woman lacks, the man complements and vice versa. As a result of sin in this world, men and women disagree, argue, fight and even split up over these differences daily—the very differences God intentionally created, yet Satan, once again, has corrupted.

This is one of the main ways Satan has broken down society as a whole—through the family!  Sadly, it is oftentimes us women who lure men, whether through acts of lust, seduction (what we wear, how we walk, talk, gesture, etc.). The enemy is well aware of this and will use us to tempt men, (who are supposed to be the ‘spiritual’ head of the household—the God figure of the home, spiritual leader) into sin in order to destroy the family. When he can get in and attack the family, he can get in and manipulate and destroy the body of Christ, society, school systems, media, pervert every family and moral value there ever was, and much more! This is the plan. That is why we are seeing less moral values, less family values and more corruption than ever—homosexuality, adultery, fornication, domestic violence, abortion, crimes against children, addiction, hatred, strife, etc. Overall, there is a great amount of moral decay, and not just on a national level, but on a global level!

According to the Spiritual Science Research foundation, In 2012, 70% more women were affected by demonic entities while only 30% of men were affected. But how can we put a number on something like this? I believe just about everybody is oppressed or possessed by demonic entities.  However, I do agree that women may very well be more of a target due to their emotional nature, and we can see it in the Bible with Adam and Eve, as well as with the daughters of men and the fallen angels. The woman was targeted firsthand by Satan himself—he went through the woman first to get to Adam!

To find out the rest of the details, listen to the above video which will you give you more information.