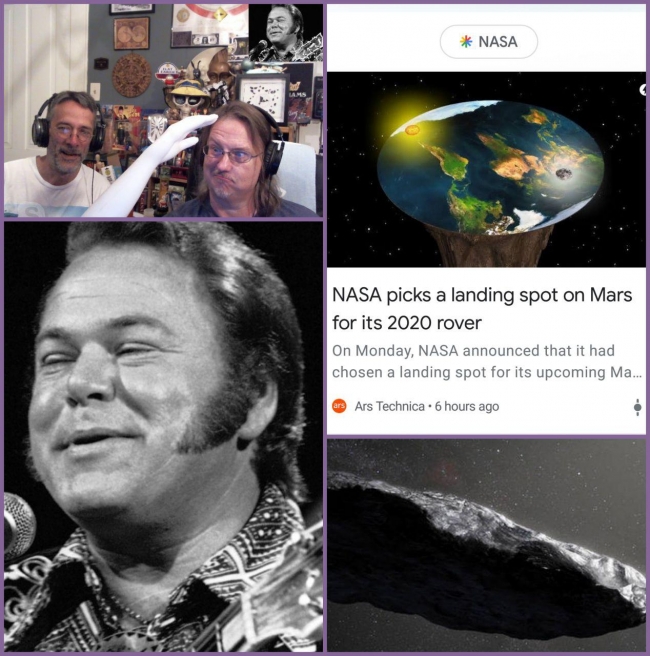 Let’s all whooooosh together. No REALLY whooooooooooooooosh! Think I’m being silly?? Well, rather than me going on about the silliness of the Space Lettuce today, enjoy it verbatim:

“Scientists think there’s a “dark matter hurricane” heading toward Earth. In fact, it might even be blowing through us already.

But don’t worry — it’s definitely not going to kill you. Mostly, it’s just a bunch of normal dark matter with especially good branding. And it really is headed (more or less) this way.

Here’s what’s going on: Back in 2017, astronomers spotted a stretched-out line of stars passing through our solar system’s general region of the Milky Way. The scientists named this group the “S1 stream,” identifying it as the nearest of several stellar streams moving through the galaxy. Parades of stars like these form when the Milky Way gobbles up a dwarf galaxy, stretching the smaller object out in the process. In a new paper, published Nov. 7 in the journal Physical Review D, researchers argued that S1 might be carrying with it a hefty load of dark matter from the original dwarf galaxy. And they gave that baggage the snazzy name “dark matter hurricane.”

Again, that hurricane is not going to kill you. Or blow the door off your house. But it just may cause some local spikes in dark matter, which would help researchers hunting dark matter actually find the stuff, the researchers wrote.

That’s because all galaxies, but especially dwarf galaxies, are held together by dark matter, physicists believe. So, the galaxy that was torn to shreds birthing the S1 stream likely dumped a bunch of dark matter into the stream’s path.

The problem is, no existing dark matter-detection devices have actually worked, in part because they’ve all been designed based on educated guesses as to what dark matter really is. (Scientists have very good reason to believe dark matter exists but are still guessing about its composition.)

So, the physicists behind the recent paper calculated how dense S1’s dark matter would have to be to influence signals at several soon-to-be-built dark matter detectors. When those detectors come online, scientists will know a lot more about the “hurricane” and whether it’s really blowing through our stellar neighborhood.

Until then, it’s fun to think about, isn’t it? A dense cloud of dark matter from a dead galaxy blasting invisibly through us as it follows the remaining stars on their doomed parade.

–Syllamo was here, in studio…he brought an arm!!
–Ommomma….wait, Oummoommmua….okay, THIS time for sure…Oumuamua is here. Harvard sees aliens. Do you? Hope not!!
–RIP ROY!! We miss and muse over the music and magic that was Roy Clark!
–And what the HELL is with that pic that NASA used as a thumbnail for a Mars story???