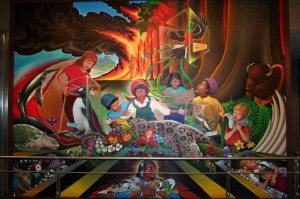 In May of 2013, we at Truth Frequency Radio set out to prove that Crisis Actors are very real. I managed to secure an audition with a Crisis Actor Studio that was holding auditions for an upcoming event. After making the right contacts and dropping the appropriate names,  I was able to ascertain directly from FEMA that an event is scheduled for the Denver International Airport. We initially dismissed this as a “drill”, but recent events have prompted us to release this information now, rather than waiting to include it in the film.

On July 29, I was contacted by mypatriotsupply.com and asked my thoughts on the validity of an e-mail they received from FEMA, who is currently inventorying the survival capabilities of the private sector. I contacted a source within FEMA, who confirmed that they are preparing for a wide range of situations including: man-make attacks, attacks on international airports and major disasters encompassing several states.

On August 2, we were given authorization to release this information here. Coincidentally, the US State Department issued a worldwide terror alert and closed down 22 of it’s embassies the same day.

On August 3, the US State Department included domestic international airports as potential targets. The same day, we played the telephone call with our FEMA insider on Truth Frequency.

On August 4, we released the telephone call with our FEMA insider.

Today, we are releasing the following video that has both the conversation with FEMA and the Crisis Actor Studio combined. It’s important to note, a large-scale disaster drill was ran in June 2013 at DIA. However, this drill was not run by FEMA but rather U.S. Department of Veterans Affairs Eastern Colorado Health Care System. This event dated June 5th, took place just a few days after the telephone call with the Crisis Actors studio. If this was the drill they were referring to, it doesn’t quite seem like enough time to audition actors to play the roles.

While all of this information has come from government sources and could very well be a “distraction” from something greater, the data-points thus far paint a picture that a coming crisis, or series of crises, may be well underway. The event at the Denver International Airport may very well be “just another drill”. FEMA may be sincere when they say they are “worried about their capabilities in the event of a major disaster”.  Therefore, it is, (as it’s always been), up to you to decide for yourself.

They represent a potential destination for a Bitcoin transfer or payment. Addresses can be generated for free within most Bitcoin wallets or exchanges. One can have many different Bitcoin addresses, and for ultimate security, should use a unique address per transaction. Despite this, its market capital still only comes in at a fraction of Bitcoin....