According to BBC News, Lady Butler-Sloss has stepped down as the head of the investigation into rampant child sexual abuse at Kincora Boys’ Home in Belfast, Ireland in the 1980’s.

Zac Goldsmith (a conservative minister of Parliament) has “welcomed” her decision to do so, since it turns out that she and her brother (former attorney general Sir Michael Hayers) were shielding so-called “visitors” to the home from any kind of investigation.

Apparently, Queen Elizabeth II has a thing for knighting people who protect the royals and their wealthy friends from any kind of prosecution for their crimes against vulnerable children under the care of social services. “Sir” Michael Hayers wrote the terms of reference of an inquiry into the boys’ home, and it only focused on social workers and staff, completely excluding “visitors” who had been at the home.

Three senior staff at Kincora were jailed in 1981 for abusing 11 boys.

Lady Butler-Sloss stood down on Monday as chair of the newly-established child abuse inquiry that was set up to examine how state institutions handled their duty of care to protect children from paedophiles.

Mr. Goldsmith told the BBC that the inquiry’s terms of reference “were rewritten just before it began with a view to excluding investigations into visitors to the care home so it would only focus on social workers or the staff”.

He added: “These kinds of things are really big and it’s inevitable that a proper all-encompassing inquiry would find its way all the way to Kincora. 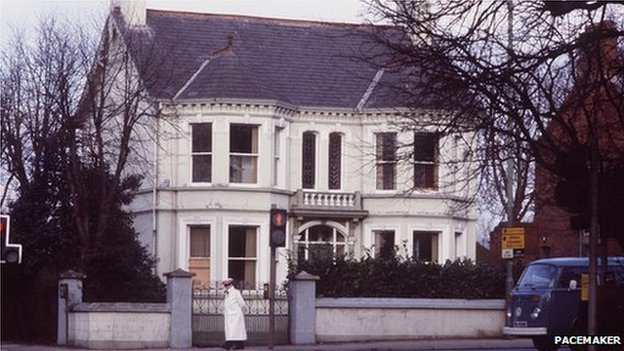 Amnesty International has called for the remit of the Westminster inquiry to be widened to include this particular boys home:

“Allegations have persisted that paedophilia at Kincora was linked to British intelligence services, with claims that visitors to the home included members of the military, politicians and civil servants, and that police investigations into abuse at Kincora were blocked by the Ministry of Defence and MI5,” said its Northern Ireland director Patrick Corrigan.

Just to be clear: this is not a conspiracy “theory”. The issue of child sexual abuse in Britain is so large and expansive, the government and even the military and spy agencies of that country were involved in covering it up.