An out-of-control fire has been raging in Victoria’s west, threatening the lives of Moyston, Rocky Point and Willaura North residents, while emergency warnings have also been issued for fires in the Adelaide Hills and South East.

Fire Services Commissioner Craig Lapsley confirmed one house had burnt down in Moyston.

While crews have contained the bushfire and downgraded an emergency fire warning to a watch and act message, Mr Lapsley said crews would be fighting the blaze throughout the night. 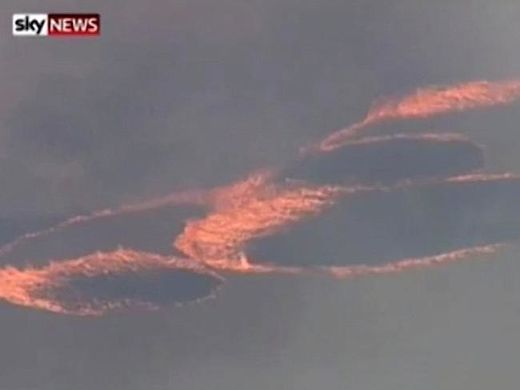 He said wind forecast overnight meant the fire could pose challenges for crews.

Residents of Moyston in Victoria’s west were told earlier that it was too late to leave as firefighters battled an out-of-control blaze pushing towards their town, with nearby Maroona also threatened.

Mr Lapsley also warned the worst may not be over.

“Be attuned for the 48 hours, be attuned about what happens overnight and make sure you understand that it’s not just going to be fires that run in the daylight hours,” Mr Lapsley told reporters. 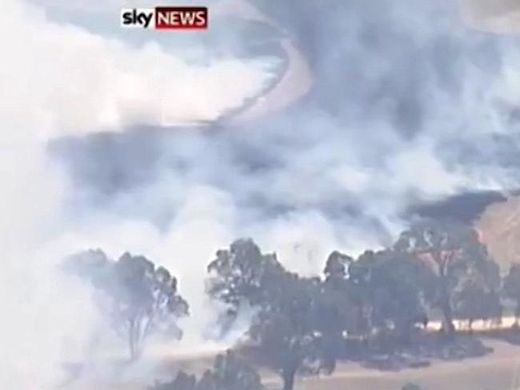 His warning came as a 17-year-old boy was charged with reckless conduct endangering life following a grass fire in Melbourne’s north.

Firefighters were called to the blaze near Cassinia Crescent in Meadow Heights at around 8.40pm on Friday and took about 35 minutes to extinguish it. Police said a Meadow Heights boy was arrested at the scene.

Temperatures are tipped to stay as high as 28 degrees overnight, before hitting 39c in Melbourne and more than 40c in regional areas on Saturday.

“The body doesn’t have enough time to recover,” he said.

Mr Holman said people should check on their neighbours and make sure they stay hydrated and out of the heat if possible.

“Some of the interesting research out recently has shown that slushies, or ice drinks, are very effective in cooling. So that’s probably a good tip for people – use slushies,” he said.

Premier Daniel Andrews told parents not to leave children in cars, and to report anyone lighting fires. 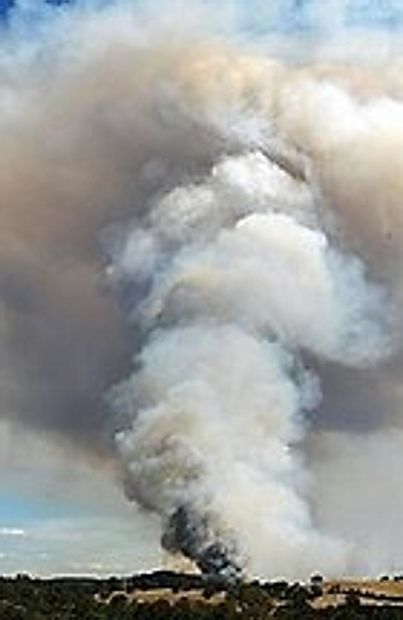 “Today is about making sure we do nothing to contribute to a fire,” he said.

Victoria Police acting commissioner Tim Cartwright urged people to call 000 if they see anyone lighting a fire or welding or using an angle grinder.

The out of control bushfire has burned 4796ha in Moyston so far.

The Country Fire Authority still has 60 tankers and 11 aircraft battling the blaze.

Residents of the nearby town of Maroona have also been told to leave as the fire is heading towards them.

A relief centre has been set up at the nearby town of Ararat and some roads into and out of Moyston have been closed. 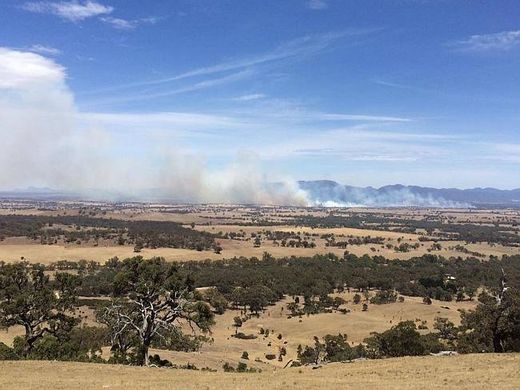 The warnings will be extended to the north central district on Saturday, including Mildura, Swan Hill and Horsham which can expect highs of 43C and winds up to 40km/h.

“Traditionally, we have seen more loss of life, loss of property after the wind change,” Mr Lapsley said.

“The fire scenario is actually the most severe that we have had for this summer season, and it’s only the start.”

Total fire bans have been declared in eight of the state’s nine districts.

The warning comes as catastrophic fire conditions across South Australia and Western Australia have also put authorities on high alert.

A bushfire at Humbug Scrub in South Australia’s Mount Lofty Ranges is burning out of control and threatening lives. The Sampson Flat scrub fire at Humbug Scrub, near Kersbrook Road, is travelling southeast towards the Kersbrook township, Bagshaw Road, South Para Road and Scott Street. There is a risk to lives and homes, the Country Fire Service says. Residents should only leave if there is a clear path to a safe place. Homes that are actively defended and well-prepared may provide safety, the CFS says. “The Sampson Flat fire is travelling in a south-easterly direction towards Airstrip Road and Kersbrook Road,” the CFS wrote on its Facebook page.

The CFS also said a westerly wind change is expected to hit Tantanoola at any time, which could drive the fire towards Glencose. There are 10 trucks, 8 Forestry SA, 8 bulk water carriers, 3 firebombing aircraft and 3 observation aircraft on scene, ABC Emergency reports. The fire was initially travelling in an easterly direction towards Kersbrook and about 2ha had been burnt by 1.30pm.

The CFS in South Australia has also declared total fire bans in 14 of that state’s 15 fire districts, with Mount Lofty Ranges and Lower South East districts considered catastrophic. Temperatures have soared to 43.1C with winds of up to 31km/h in Adelaide – more than 12C above the January average – and 45.8C with winds of up to 65km/h on the West Coast. The CFS issued a watch-and-act message about 12pm for an uncontrolled bushfire in the southern Mt Lofty Ranges. The service also issued warnings for fires at Murray Bridge East, near Karoonda Rd and Murray Drive, and another at Kepa Rd, Kepa, east of Murray Bridge. CFS assistant chief officer Rob Sandford urged all of the state to be prepared to ensure all “communities are safe”. He said the service’s aerial firefighting fleet was ready.

“We have our full compliment of aerial firefighting fleet online now (and) all our brigades, groups and regions along with partner agencies are as prepared as we can be,” Mr Sandford said. Crews have also been called to grass fires on Tapleys Hill Rd, near Adelaide Airport, and the Sturt Hwy, at Nurioopta in the Barossa Valley. No warnings were issued in relation to the airport and Barossa Valley fires.