BREAKING: FEMA IS PREPARING FOR AN IMMEDIATE DISASTER – BUYING STORABLE FOOD AND MORE 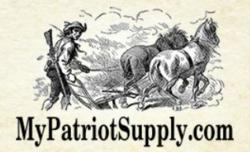 It has been confirmed that the Federal Emergency Management Agency is preparing for an upcoming event  or a series of major natural disasters, and time seems to be of the essence. As reported by MyPatriotSupply.com, FEMA is contacting storable food manufacturers and survival suppliers, with the intent of buying out their inventory in as little as 24 Hours.

This shocking e-mail inquiry (complete with the FEMA logo and contact information) was received by MyPatriotSupply.com and disclosed to Truth Frequency earlier this week. After verification, we have determined the inquiry to be legitimate in nature and that the sender’s IP address does, in fact, belong to FEMA. A press release was issued from My Patriot Supply on Aug 1st, stating that they will not fulfill FEMA’s request.The following is an excerpt from that e-mail: 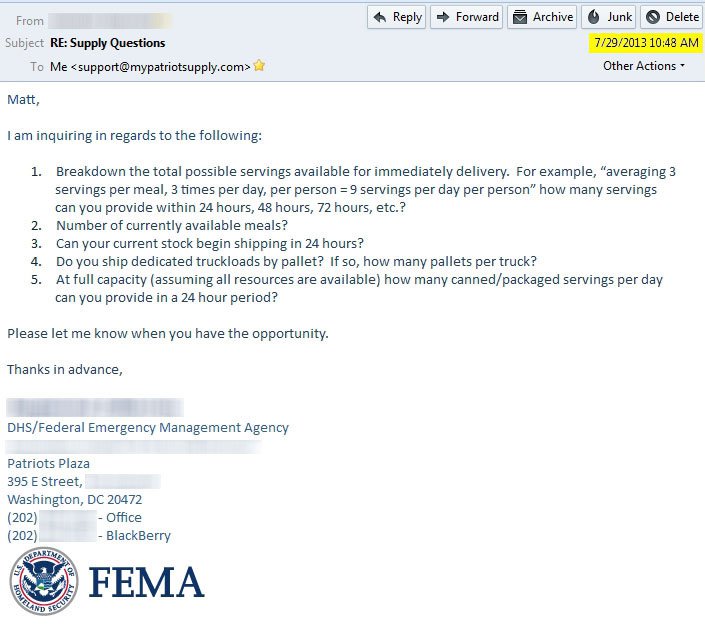 We at Truth Frequency have confirmed the legitimacy of this information and we have made contact with an inside source at FEMA. We may release more information on this situation as it develops, but we must honor the privacy requests of our inside sources. We have been able to confirm that FEMA is preparing for several possible situations ; However, there has been an odd emphasis on man-made disasters (rather than natural), also known as CBRNE events:

Also among the possible scenarios was an emphasis on the New Madrid area, with possibly 4 million to 10 million survivors. This is alarming, considering the region is made up of 25-30 million people ; This suggests that only  a fraction will survive. Our inside source tells us that the military is ready to respond to the immediate consequences of these disasters (looting, rioting and violence such as we saw in situations like Hurricane Katrina and Hurricane Sandy). The military has also been trained for gun confiscation and re-location of survivors ; However, FEMA and the Department of Homeland Security are still “preparing to care for” the survivors.

It is unclear whether FEMA is preparing for an imminent disaster in the next few days, weeks, months or even years. They could simply be “taking stock” of what the private sector would have at their disposal in the event of a major disaster, or they could actually be preparing for an event. Any way it goes, if history has taught us anything it’s that you’d better be prepared because the government is not going to take care of you.

We will keep you updated with any new developments.

Free Spins No Deposit Uk We obtain plenty of questions from gamers about PayPal casino sites UK gamers can go to, so so that we haven’t missed something on this web page, we’ve answered the most common below. Otherwise, you’ll be able to learn up on our individual UK on line casino reviews or get...