Brazil Tells USA That They Won't Play Ball With Us Over NSA Scandal, But Germany's Game 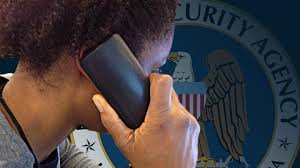 Predictably, those countries with a history of non-cooperation with the United States, NATO, and Israel, and subsequently being bombed almost out of existence 30 years ago – Brazil, for instance – are refusing to do business with us now because of the recent NSA spying scandal. And we don’t blame them one bit. I mean, really? You think they’re gonna trust you to make their military equipment when you tried to exterminate them what, twice in the last couple hundred years now?

“We cannot talk about the fighters now…You cannot give such a contract to a country that you do not trust,” the source said.

Also just as predictably, those countries who have a long history of cooperating with the United States have immediately played “Let’s make a deal” with the relevant information – germany, for instance – are more than willing to negotiate with these psychopaths because they are psychopathic control freaks themselves and would love to have even more control over their citizens.

He also told lawmakers that the government was given assurances by US and UK spying agencies that there is not a system of comprehensive spying and wiretapping in Germany.

“Unlike many erroneous statements to the contrary, the basic rights of millions of Germans are not being violated,” he said, adding that allegations against the US and UK are now “off the table.”