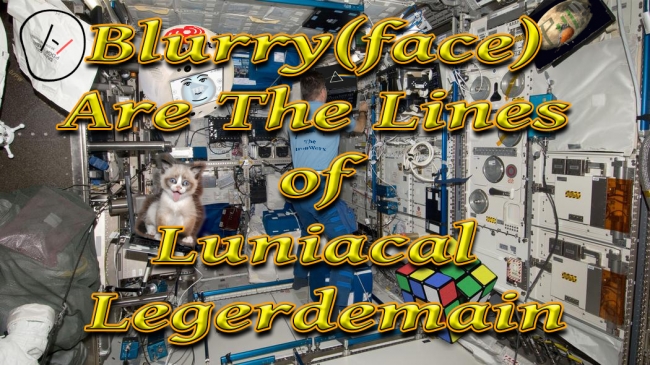 We have made it through yet another weekly gauntlet of inane propaganda fed to us like swill to the swine by the MSM. Some of this stuff is beyond the pale. We have a bit of loooong body stretch to rid our bodies of lactic acid build-up, just like cats…look to nature, it will always tell you how to take care of this mortal shell we drive around.
-Moon, moon, moon in the news, in the sky, Worm Moon, Crow Moon, Sap Moon…Liar’s Moon…Deceivers Moon…Trickster’s moon…
-Pink Floyd have a Saucerful of Secrets about The Darkside of The Moon…and no amount of Money can keep us from telling!
-“Can you hear me now…ON THE MOON?!?” Yes, That’s correct: Cell phone service is being established on the moon, so…you know…no more dead spots??
-LSD studies say LSD is a ticket out of various mental health issues.
– Walt’s Kratom round-up of the week.
-We take a “Ride” with Twenty-One Pilots as their album Blurryface achieves this first-ever milestone: EVERY song on the album has hit at LEAST gold status.
-And hey, cats…hook me up! We hear from Christina in chat that catnip is a more powerful hallucinogen than DMT…and we know how the Elite like to hide things in Plane sight…how funny would that be?!? Maybe that’s why cats couldn’t give two shakes about whether we exist…unless we have that catnip mouse in hand!!
-their latest loony lie: the moon formed…hold on, now…the moon was created…ok, the… so…the moon was like this big giant like, donut, right, but it was, like, INSIDE the Earth, ok, right? So, then like, it magically went from being like, this giant Space Donut inside the Proto-earth,…well, it sorta…maybe it wanted to go to be dipped in the Milky Way??…ok…I give