Bacteria and Bad Boys and Bioluminescence >> 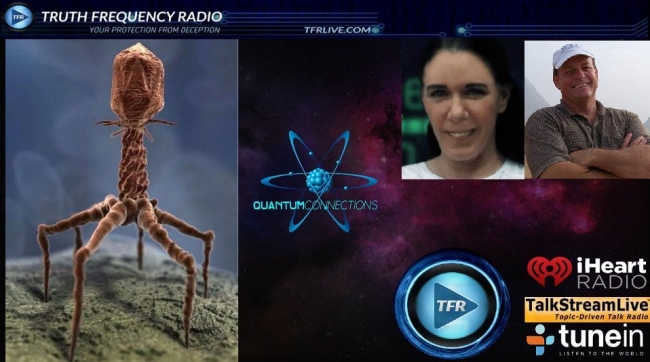 Shoplifting in China, 3 men were arrested and Trump negotiated for their release. The father of one of them refuses to credit Trump for it and thinks that shoplifting is not a big deal. Trump took to twitter to set the record straight. Trump, GOP renew calls for border wall after Border Patrol agent dies on job. Archaeology: Medieval treasure unearthed at the Abbey of Cluny. Bacteriophage better than antibiotics? CAN YOU OVERDOSE ON MARIJUANA? BABY BECOMES FIRST EVER DEATH FROM INGESTING TOO MUCH CANNABIS, DOCTORS CLAIM. In the last segment, Brooks and I discuss the bioluminescence in life and light particle entanglement.

MillStone Report:
Three Ohio pastors indicted for trafficking young girls for sex. Indianapolis councilman Jeff Miller charged with 3 counts of child molestation. Former Oklahoma state senator admits to child sex trafficking while in office. Parents, when your child comes to you and tells you something like this, I must caution you to conduct yourself with great calm.

In many cases the child is frightened to tell on your ‘good friends’ or relatives. The child does not need to see you get emotional or angry. They can misinterpret it and think the anger is at them. Stay calm, get all the information you can. Hug them and let them know they did the right thing. When they go to play, in an other room, THEN let your emotions process. Do not fly off the bat. Young children, especially, are associative learning. If you freak out, after they came to you with troubling information, they will be less likely to come to you again. When a parent displays anger, children often internalize that, thinking they did something wrong.

To those adults who see that, like in the incident in that report, ‘be[ing] “very physical” with the children and pick them up in a way she wasn’t comfortable with’
Stop that adult. Tell the parents of the children! What do you prefer? Being called a nosy busy body, or do you prefer that your pride is intact, and a child is molested. The report after the facts have come to light that ‘you were not comfortable with’, does no one any good, not even prosecuters. Every adult must assert safety of their children.

This social reticence is why the State is allowed to dictate lockdowns on schools, body searches by police, and doctors vaccinating against the will of the parents. There are a whole host of other examples of abuses done to our children, merely because we don’t want to be viewed as a socially unacceptable person. Screw it.

After a case is opened against a perp, keep the child informed when necessary. Do not hide the status of the perp. You can easily tell the child if they ask about that perp, “Mommy and Daddy doesn’t like him/her anymore. We like you better.” This response, of course is age dependent. After a time and depending on the maturity level of the child, it is good to tell the child what justice has happened. Why? Children need rules, as we all know, they know what happens when they break the rules. They must see what happens when a grown up breaks the rules.

All of this is a discussion of molestation.
I am not going to tell you what to do in more severe cases of child abuse. But all children regardless of age and maturity, need love and support, AND they need to see that JUSTICE prevails.
Oh yeah, consider wisely who you let babysit your children. The free services of friends and relatives may not be so free after all.

It seems all of conservative media and alternative media is covering the pedophilia of the Democrats, but here at TFR, we are not party affiliated in the coverage. As I have said for years, it is not aligned to political parties or religions. Pedophilia is an equal opportunity crime.