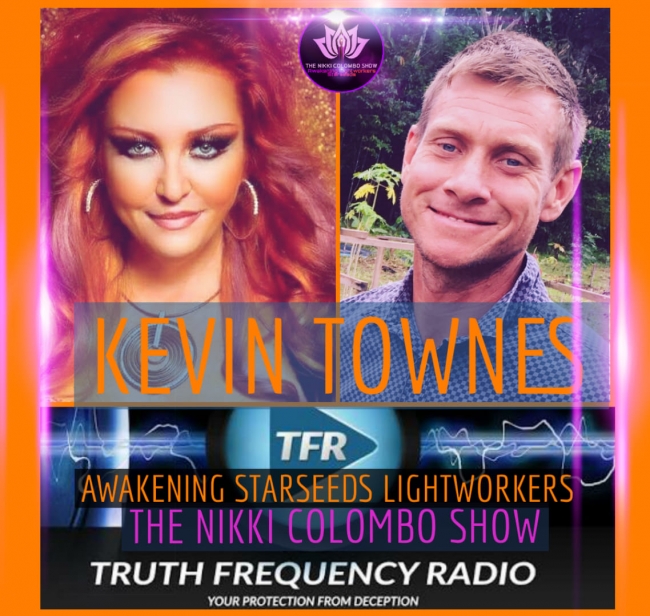 Kevin Townes is an Australian ayahuasca shaman running his own healing center in the Amazon jungle in Peru, with his wife Katerina. His journey to shamanism is that of a miracle or destiny, if you will. His mission became clear at the age of 37 after searching for his purpose and fighting depression stemming from the feeling of “not fitting in the matrix”. Ayahuasca showed him all, he met his wife Katerina there and he met the Source and the true power of mother nature which he did not think was possible completely breath taking and the most honourable experience of his life time.

It is true when you look for answers and seek help, you always receive it. The trick is to listen and pay attention to the signs/answers. One night Kevin fell asleep in front of TV and when he woke up at 2 am there was AYAHUASCA documentary stuck. He watched the documentary and watched all other aya videos on yt. He was convinced that that was the last resort, that was the ultimate answer to his prayers. He went to Peru to do it. During the ceremony he was shown the answers to his questions, he met God and shown a deep understanding of all that the source is, he felt the enourmous love emanating from the Source, he was told what his purpose is, he was shown that the woman across the ceremonial house was his soulmate even though she had her boyfriend there and was from Europe while he was from Australia.

You can’t escape the fate. A week later Katerina showed up in Australia (after breaking up with her boyfriend) as the attraction was irresistible. Since than they have been together, got married and have a daughter. Kevin was shown that his purpose was to guide people through ayahuasca ceremonies. Katerina was told the same thing. The universe conspired and made this happen, they built a beautiful center in the real Amazon jungle. It was not their choice, they were told by the source and the connection from all other spirits to do it, during pregnancy and with a little baby, with no power, no running water, always lack of money, real jungle camping. They believed in ayahuasca that much.

It became soon clear that Kev’s job was to be a shaman. He never called himself a shaman, the plant spirits did. He has seen a lot in his visions. He had to go through hell. Being a shaman is not something you decide to do. It is a calling you can’t resist, it is stronger than you even if it means giving up all you have and move to the real jungle with a suitcase, dog and a baby on the way. God’s orders are God’s orders 🙂

Ayahuasca is the most powerful connection to your true self where miracles happen, healing, understanding, transformation. Kat & Kev are grateful they have the spirits’ permission to provide this along with indigenous maestros in the jungle.

It is their desire and their mission to bring this beautiful plant medicine to the people of Australia, it is a true gift from God from nature being able to help people treat their physical and spiritual bodies removing negative and low vibrational energy from them allowing them to shine into a happier new life.