As US Government Prepares For "Al-Qaeda Attack", The TSA Is Toning DOWN Security..False Flag Imminent? 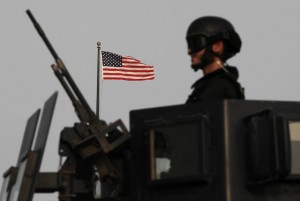 If we are to believe The White House’s words when it says that a terrorist attack inside of the United States is “a possibility”, then why is the Transportation Security Administration toning down its’ security measures? This is not to say that the TSA isn’t completely violating the U.S. Constitution with all of its’ crotch-grabbing and everything ; However, throughout the last week, we uncovered the fact that the Federal Emergency Management Agency, operating under the Department of Homeland Security, is preparing for a major terror attack (or “natural disaster”) in the coming months, an event that a FEMA employee we spoke with said, “would be like what we’ve already seen times a hundred.”

There are multiple ways that a foreign country (or even our own, if they were desperate enough) could bring the United States to it’s knees, such as an EMP or a nuclear attack on Washington, D.C., but what we’re focused on right now are the potential for small, localized terror attacks carried out in rapid succession inside the United States.

The first thing to consider is the fact that FEMA and the DHS are definitely preparing for something big to happen, which we’ve already proven. The next thing to consider is “where” an event (or series of events) are likely to occur. One location that keeps popping up over and over is the Denver International Airport.

Although the links to the DIA seem strong, it is important to remember that Denver has been a hotbed of military and DHS drills lately, having been the stage for Operation Mountain Guardian in 2011, which simulated specific attacks that were later carried out “in real life”, such as shootings in movie theatres and at elementary schools. So what we may be seeing is the “underbelly” of the terror attacks themselves: the preparation of the military, FEMA, and the DHS for these events would ensure those involved knew exactly what they were to do when the time comes. So, the DIA could simply be drills designed to “prepare” first responders for what the criminals at the top of the before-mentioned agencies know is going to go down.

Other locations of interest in the latest terror warnings include San Francisco and New York City. 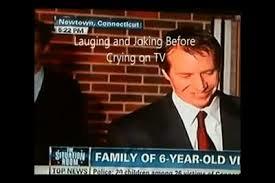 The third factor here is the ongoing (and highly secretive) use of “crisis actors” for “drills”, which Chris was able to determine in May of this year were indeed very real. He is of the belief that these “crisis actors” are being used at so-called “real” events so that “victim’s family members” will no longer be an issue, and so that the information about the attacks can “come out” exactly the way the people planning them want it to (no whistleblowers, no individual footage, and no “truth movements” spawning from the wreckage of another 9/11).

Certain alternative researchers have tried to muddy the waters of the “crisis actor” situation, linking everyone he sees – including people in the alternative media themselves – to one of a number of members of a certain family he believes is “behind it all”. I personally believe that if crisis actors ARE used in a false flag attack, it would make total sense for an operative to behave this way. The only purpose it serves is to discredit itself so embarrassingly and so thoroughly, that only the dumbest of people would subscribe to it. It also makes you look like a heartless fool when the media addresses this issue. Instead of being a legitimate issue that deserves at least a modicum of investigation, most alternative researchers are so turned off to the idea of “crisis actors” now that they don’t want to touch it or even hear about it.

This is extremely beneficial to those who want to keep the use of crisis actors out of the public eye so they can continue to manipulate the broader masses in this manner. I personally believe that they send their own actors into situations where an event has just occurred, and have them recite their lines to the press, while the press ignores the people who deviate from the “storyline” and add tidbits (such as an extra shooter or a drill being carried out a few blocks away at the exact same time, etc.) to the story that they would rather leave out. This is why we see the same “victims” over and over again on mainstream media, while the victims in the hospital get pretty much nothing more than a phone call from the president saying “I’m sorry your legs got blown off.”

The fourth factor (and maybe, the most important), is what is going to happen? The FEMA representative we spoke with was a little ambiguous, but mentioned the following, which I have since been investigating:

1. A series of “dirty bombs” set up in strategic areas along the East Coast, causing a “nuclear holocaust”.

“You know, some idiot out there starts setting off dirty bombs everywhere , and before you know it, you have 2, 3, 10 million people in there trying to move at one time. And they stray from their areas.”

“You know, it’s obviously still a very real threat…uh…chemical warfare is very rampant, which most folks aren’t aware of.”

3. A meteor impact bigger than the one seen in Russia recently

“And any kind of natural disaster…For example, if we were to be hit with a meteor – we saw what it did in Russia and that was just a tiny meteor – and you multiply that 50-fold, and it would probably wipe out the Tri-State area. And depending on where it hit – you know, if it hit New York, Pennsylvania, southern New Jersey, then there’s our 10-million limit, right there.”

“There is potential, in just about every transportation location…uh…nation and worldwide…For example, in a lot of our harbors – you know, where we bring food in from overseas, etc. – things of that nature, a lot of the airports that would be the national, international or the locals basically we need to prepare.  What we’ve done, and we have prepared, we’re just more in-depth now, is if you had an attack on one of those international airports, and you have foreign military forces dropping in there, what would you do?” 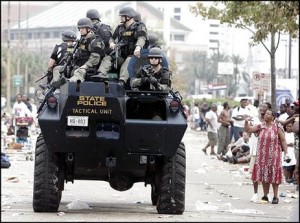 5. Natural disasters, such as hurricanes, wildfires, and especially earthquakes along the New Madrid faultline.

Other scenarios to consider would be an EMP, major solar flare, or major cyber-attack that wipe out our electronic infrastructure. 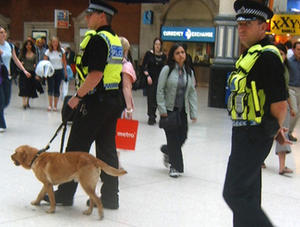 Ibrahim Hassan al-Asiri, who apparently makes “undetectable bombs” for Al-Qaeda. This comes on the heels of the TSA announcing that they are “testing” new security measures that are “easier on the travelers”. Apparently, you don’t have to take your shoes or jewelry off anymore and the restrictions on liquids have even been reduced. Journalists are literally begging for something to happen, saying, “we’re okay with whatever you want us to do (expanding to sports events,  concerts, and transportation hubs, bringing in useless sniffing dogs and predatory “behavior analysts”), TSA, just as long as you get us through the line quicker!” All that needs to happen at this point would be for something horrific involving these “undetectable” bombs in “international airports” to occur, and it would be bedlam in our airports (and likely even more insane in their “pat down procedures for non-scanners” than before) from then on, thus encouraging a prison-type population too afraid to travel too far from their prison lockdown cities.

Other cities besides Denver using the TSA’s new program include Honolulu, Tampa, Indianapolis and Miami.

All of that being said, I urge all of you to do the proper research and judge for yourself what you think will happen, and plan accordingly. Take good care of your family, be a good person, and don’t let the real terrorists win.

Download 1xbet Apk For Android For occasion, when there’s a -1 handicap wager that was positioned on Arsenal, the employees ought to win the game by multiple objective so that you just can get the successful chance. However, you must keep in thoughts that the 1xbet mobile app is compatible with android four.4 or larger....

Betway Problem To conduct the tactic, you must enter the acceptable half and select the tactic you need. Bettors income from the same promo provides as it’s being supplied inside the desktop mannequin too. So the bookmaker will purchase every considered actually one of many important information to substantiate the participant. 22Bet has an enormous...

Acquire 1xbet App Here you do not want to specify anything superfluous – simply enter the phone number or e-mail and specify the sport forex. You can also register using your account in one of many well-liked social networks telecharger 1xBet app. There is one-click registration 1xBet mobile live, which does not require something in...

Download 1xbet Cellular App In Nigeria 1xbet Mobile App Since 2012, the online operator yearly conquers numerous international markets and helps hundreds of gamers obtain excellent ends in sports betting. In any case, it’s all the time rather more interesting to look at your group’s performance along with the dependable bookmakers. Each of most likely...

1xbet App Then click the “Withdraw from account” button within the “account Management” section. Here you’ll find a way to choose a cost system, set up SMS transaction confirmation, and consider your transaction historical past. There is so much to get using 1xBet apps, especially if you are newly registered players. Click on the suitable...

Obtain Video 1xbet App Evaluate Telugu 3gp, Mp4, Flv Free Download It is at all times advisable to repeat this data in exactly the same technique as it is acknowledged inside the bettor’ s passport. The system may also ask to choose a international cash a bettor must make use of. The most suitable choice...