Are Androids Among Us ? with guest Paris Tosen >>

Tonight’s guest, Paris Tosen, is a friend and long time guest of Ra Castaldo’s shows, even prior to being on Truth Frequency radio network, Ra, had a show on the para x radio network called Spiral Radio, where Paris was a guest several times, also Paris has appeared here inside the eye of Ra on TFR , on Ra’s show in 2017 and 2018 several times. You can find that in the archives right here on TFR inside EYE of Ra archives. Tonight’s show was very interesting and very important topics were discussed. It was a laid back and fun conversation about extremely serious and important issues and events. Are there Androids living among us? Not literal machines like Data from Star trek, but Synthetic Humans, that are just as real as you and me , and possibly they might no even be aware of what they truly are, not a NPC so to say, but a strategically placed synthetic human that is part of a Inter- Planetary network and agenda ? Paris takes us down the journey of how he was shown that these beings do indeed exist and also takes on a journey thru his many experiences in life,his cosmic journey. Paris is an Author, Inventor, Intuitive, Experiencer, truth seeker, and Renaissance man . We discuss DNA, Microbiology, Time Travel Tunnels, Missing time, Copper technology, Androids and so much more. Also discussed is the current situation in the Canary Islands , concerning the Volcano and a possibly Tsunami that could hit East Coast of USA and would also pull Rome beneath the Sea , just like Ancient Hebrew Tales, discussing God destroying the Holy City of Rome, and than thats when Lilith will leave her headquarters beneath the Sea, and take her throne in Rome, with her Rebellious Fallen Angel Antichrist King!

Did the Nephilim receive premonitions of their demise? Ra Castaldo and special guest Gary Wayne discuss the Book of Giants, the Book of Enoch, the Holy Bible and so much more that discuss this incredible topic! some of the best radio you can possibly hear on this subject on the planet!!!! ... 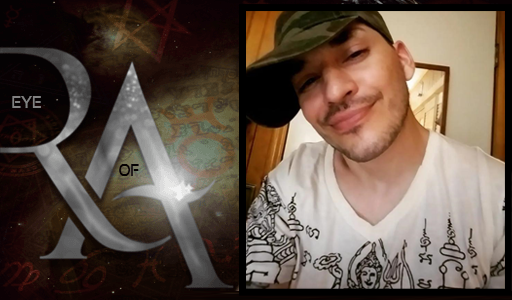 Eye of Ra with Ra Castaldo

Origins of Tartaria with Gary Wayne and Ra Castaldo

Incredible show with long time guest Gary Wayne and Ra Castaldo discussing the very Origins of Tartaria, and the Ancient Tartarian Empire. Do not miss this very interesting and thought provoking two hours of radio that you can’t find anywhere else in the world ! ...

Altering the Harmony of the Spheres, Ra Castaldo

Ra Castaldo had taken September off from radio because lions gate was a huge event and new beginning, and this is his first show back! this is a monumental show and action packed with ancient Tuscan Knowledge , dont miss this! ...

Origins of the Shining Ones, Gary Wayne and Ra Castaldo

Eye of Ra with Ra Castaldo

ALL SHOWS BY Eye of Ra