After a successful fund raising campaign by People Against the NDAA, the only Anti-NDAA/NDAA Resistance Concert series in the nation is coming to Albany, NY this weekend, on June 7th! 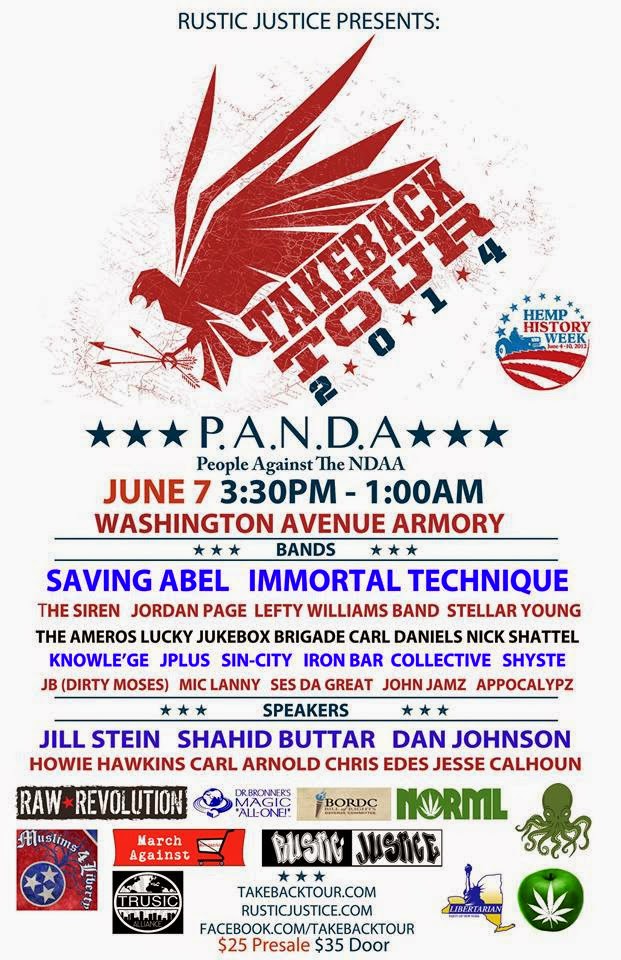 The event will represent a huge coalition of people from across the spectrum, including third parties such as the Green Party and Libertarian Party. The current list of performers and speakers are:

Doors open at 3:30PM, at The Washington Avenue Armory in Albany, New York.

Together, we will be joining hands, as a coalition, for an awesome night, from the Libertarian Party and Marijuana Legalization, to March Against Monsanto and Raw Revolution, to fight back against the NDAA. We will have the chance to educate nearly 4,000 people on the NDAA’s detention provisions, and give them the other side of the story. If you are in the area, come join us and see how the resistance has grown!

Please visit and support People Against the NDAA