An Unprecedented Plague Has Hit Oranges And Another Has Hit Bananas 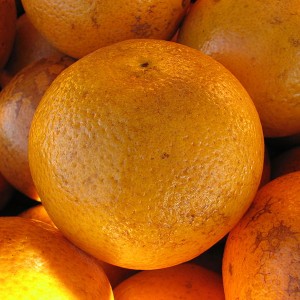 By Michael Snyder, The American Dream

What is causing all of these plagues to hit our food supply?  Have you heard of citrus greening disease?  Probably not, but it has already gotten so bad that it is being projected that Florida’s orange harvest will be the smallest in 30 years.  Have you heard of TR4?  Probably not, but it has become such a nightmare that some analysts believe that it could eventually wipe out the entire global supply of the type of bananas that Americans eat.  In addition, another major plague is killing millions of our pigs, and a crippling drought that never seems to end is absolutely devastating agricultural production in the state of California.   Are we just having bad luck, or is there something else to all of this?

Citrus greening disease has been a steadily growing problem that has reached epidemic levels this year.  Because of this disease, the U.S. Department of Agriculture is projecting that orange production in the U.S. this year will be down 18 percent compared to last year.  Here is more on this horrible plague from Yahoo News…

A citrus disease spread by a tiny insect has devastated Florida’s orange crop, which is expected to be the worst in nearly 30 years, and sent juice prices soaring on New York markets.

The culprit? The gnat-sized Asian citrus psyllid, which is infecting citrus trees across the Sunshine State with huanglongbing, or citrus greening disease, which causes fruit to taste bitter and fall from trees too soon.

“It feels we are losing the fight,” said Ellis Hunt, the head of a family-run citrus farm spread over about 5,000 acres (2,000 hectares) in the central Florida town of Lake Wales. 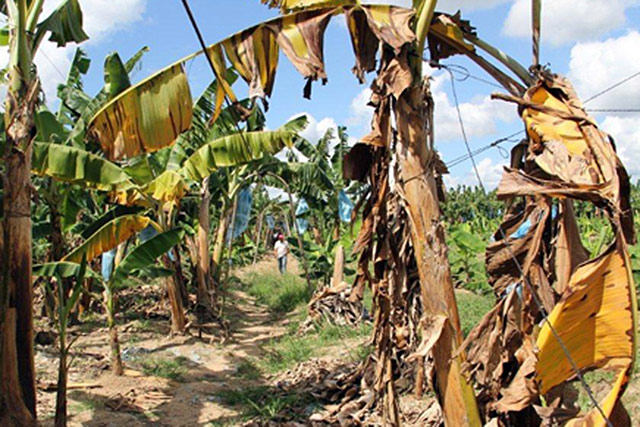 Another horrifying disease is threatening the global supply of bananas.  In fact, according to a recent CNBC article, the kind of bananas that we eat today could eventually be totally eliminated by the TR4 fungus…

Banana lovers take note: The world’s supply of the fruit is under attack from a fungus strain that could wipe out the popular variety that Americans eat.

“It’s a very serious situation,” said Randy Ploetz, a professor of plant pathology at the University of Florida who in 1989 originally discovered a strain of Panama disease, called TR4, that may be growing into a serious threat to U.S. supplies of the fruit and Latin American producers.

“There’s nothing at this point that really keeps the fungus from spreading,” he said in an interview with CNBC.

While there are nearly 1,000 varieties of bananas, the most popular is the Cavendish, which accounts for 45 percent of the fruit’s global crop—and the one Americans mostly find in their supermarkets.

Another plague that is affecting our food supply is a virus known as porcine epidemic diarrhea.  It has already spread to 27 different U.S. states and has already killed up to 6 million pigs since first being spotted in the U.S. last May.

As a result of this virus, pork production is going to be down substantially this year, and it is being estimated that Americans could pay up to 20 percent more for pork by the end of the year.

And of course perhaps the worst plague of all that we are experiencing at the moment is the nightmarish drought in California that never seems to end.  Conditions are so dry that it is being estimated that California farmers may leave up to 800,000 acres fallow this year.  In other words, they are not going to grow anything at all.

Needless to say, this is going to result in much smaller overall harvests.  Just check out these numbers from the New York Times…

And it isn’t just rice and cotton that we need to be concerned about.  In a previous article, I included the following information which shows how dependent the rest of the U.S. is on fruits and vegetables grown in the state of California…

As for fruit, I get that 86 percent of lemons and a quarter of oranges come from there; its sunny climate makes it perfect for citrus, and lemons store relatively well. Ninety percent of avocados? Fine. But 84 percent of peaches, 88 percent of fresh strawberries, and 97 percent of fresh plums?

Come on. Surely the other 49 states can do better.

The effects of California’s drought could soon hit the state’s food banks, which serve 2 million of its poorest residents.

Fresh produce accounts for more than half the handouts at Bay Area food banks, but with an estimated minimum of 500,000 acres to be fallowed in California, growers will have fewer fruits and vegetables to donate.

With less local supply, food prices will spike, increasing as much as 34 percent for a head of lettuce and 18 percent for tomatoes, according to an Arizona State University study released last week. With fewer fields planted, there could be as many as 20,000 unemployed agricultural workers who will need more food handouts, especially in the Central Valley.

By themselves, each one of these plagues is very serious.

Taken together, they represent an emerging “perfect storm” which could have a dramatic impact on our food supply.