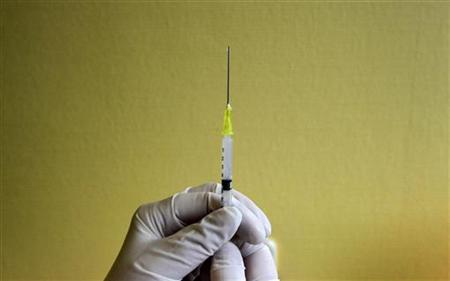 Flu season usually runs from late October until May. State health officers say the flu season is already here and getting vaccinated is the most effective way to avoid getting sick.

Most health care providers are already offering the shots.

Getting vaccinated is especially important for people over 50 and those with health conditions which might weaken their ability to fight the symptoms.

(NaturalNews) It is once again the season of influenza, and the push is on to “get your flu shot.” But does this hallmark of Western medicine really provide the protection health experts claim it does? A recent study out of the University of Minnesota (UM) suggests not, having found that the two groups most at risk from developing serious complications from the flu, seniors and children, derive little or no benefit from getting flu shots.

Michael Osterholm from the UM Center for Infectious Disease Research and Policy analyzed more than 12,000 peer-reviewed studies, documents, transcripts, and notes dating back to the 1930s, and found that there was very little solid evidence that the flu shot provides any real protection for most people. As it turns out, those at highest risk of suffering from the flu are least likely to derive any benefit from flu shots, especially because flu strains are constantly morphing and becoming more virulent.

“We found that current influenza vaccine protection is substantially lower than for most routine recommended vaccines and is suboptimal,” said Osterholm about the findings. “We believe the current influenza vaccine will continue to have a role in reducing influenza morbidity until more effective interventions are available, but we can no longer accept the status quo regarding vaccine research and development.”

IANS | Oct 21, 2012, 02.42PM IST
Times of India
In-vitro fertilization (IVF), which came as a boon to infertile couples, is not without its flip side too, particularly birth defects, says new research.Increasing birth defectrisks, particularly of the eye, heart, reproductive organs and urinary systems, for instance, could be linked to IVF, a link that is poorly understood despite the growing popularity of IVF.”Our findings included a significant association between the use of assisted reproductive technology, such as certain types of in-vitro fertilization, and an increased risk of birth defects,” said study author Lorraine Kelley-Quon.

Management of birth defects comprises a large part of paediatric surgical care and demands significant health care resources. The Centers for Disease Control and Prevention (CDC) says California has the highest rate of IVF usage in the US, according to a UCLA statement.

Researchers examined infants born between 2006 and 2007 after IVF and other treatments such as fertility-enhancing drugs or artificial insemination.

Birth defects were significantly increased for infants born after IVF — nine percent versus 6.6 per cent for naturally conceived infants, even after controlling for maternal factors. 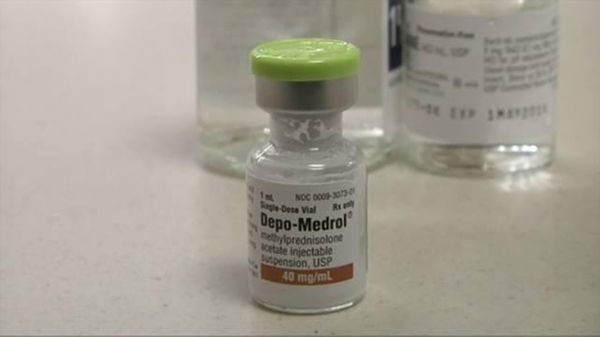 U.S. doctors in Baltimore said early diagnosis and treatment of patients at risk of fungal meningitis is vital, based on the case of an otherwise healthy woman who declined rapidly after receiving steroid injections for neck pain.

Writing in the Annals of Internal Medicine, released online on Wednesday, researchers at the Johns Hopkins School of Medicine describe the deterioration the unnamed, 51-year-old who sought care in an emergency room for a severe headache a week after receiving an injection with tainted medication on Aug. 31.

The widening outbreak has killed 19 people and infected 245, according to the U.S. Centers for Disease Control and Prevention (CDC).

The CDC has said it first learned about the fungal meningitis outbreak on Sept. 21 and health officials have linked it to tainted vials of injectable steroid methylprednisolone acetate made by the New England Compounding Center (NECC) in Framingham, Massachusetts.

U.S. Senator Richard Blumenthal of Connecticut sent a letter on Thursday to the Department of Defense seeking information about a July purchase agreement for specialized medicines between the U.S. Army Medical Command and a company called Ameridose that has the same owners as NECC.

The drugs were purchased for use in the neonatal intensive care unit at the Army’s Tripler Medical Center in Honolulu.

“I am deeply concerned that this contract exposed numerous military families to a drug produced by a compounding center that was unregistered with the FDA and uninspected for safety and effectiveness,” Blumenthal‘s letter said.

Blumenthal, who previously called for a criminal investigation of NECC, asked the DoD for information on the reasons for the sole source contract with Ameridose.

The death toll from a rare form on fungal meningitis linked to contaminated steroid shots prepared by a Massachusetts pharmacy has now risen to 23, health officials said Saturday.

The Centers for Disease Control and Prevention (CDC) noted in its latest update that a further two additional patients are now known to have been given the fatal injection. It also increased the total number of reported cases to 284.

Some 16 states have now been affected by the widening health scare, thought caused by batches of infected medications shipped out by the New England Compounding Center (NECC) – a pharmacy compounder near Boston that could face criminal charges over the outbreak.

On Thursday it was confirmed that a fungal contaminate found in a sealed vial of the steroid methylprednisolone acetate at the company matched that blamed for the 20-plus deaths.

All the victims had all received steroid shots made by the NECC, mostly to treat back pain. As many as 14,000 people received injections derived from batches mixed at the pharmacy.

The World Health Organisation, which bills itself as ‘impartial’, has been taking hundreds of thousands of pounds from the fast-food industry to help fill black holes in its budget to tackle obesity, it has emerged.

WHO works on behalf of 194 nations to tackle disease like malaria and AIDS but also battle on-going problems like diabetes and heart disease caused by chronic problems like obesity.

But now it has emerged that WHO’s regional office, which is tasked with fighting obesity in places like Mexico which has the world’s highest rate of obese and overweight adults, has been taking hand-outs from the fast-food industry.