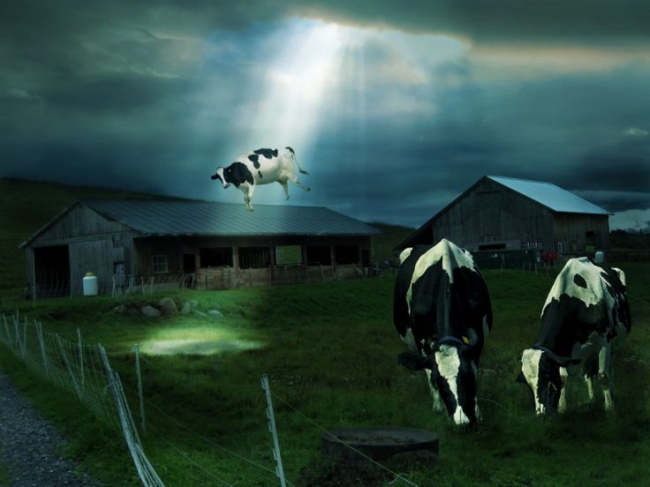 Scott Lopez rides shotgun with me as we get into cattle mutilations & aliens before being joined by our very special guest LINDA MOULTON HOWE!
Linda discusses the mystery surrounding cattle mutilations & experimentation on humans being tested by highly advanced aliens that visit our planet and treat it as their laboratory. We go for there into topics including human cloning, genetic modification, Artificial Intelligence, killer robots, space travel, terraforming for alien races & so much more!
BIOGRAPHY:
Linda Moulton Howe is a graduate of Stanford University with a Masters Degree in Communication. She has devoted her documentary film, television, radio, writing and reporting career to productions concerning science, medicine and the environment. Ms. Howe has received local, national and international awards, including three regional Emmys, a national Emmy nomination and a Station Peabody award for medical programming. Linda’s documentaries have included A Strange Harvest and Strange Harvests 1993, which explored the worldwide animal mutilation mystery. Another film, A Prairie Dawn, focused on astronaut training in Denver. She has also produced documentaries in Ethiopia and Mexico for UNICEF about child survival efforts and for Turner Broadcasting in Atlanta about environmental challenges.
In addition to television, Linda produces, reports and edits the award-winning science, environment and earth mysteries news website, Earthfiles.com. In 2003, Earthfiles received an Award for Standard of Excellence presented by the Internet’s WebAward Association. Earthfiles also received the 2001 Encyclopaedia Britannica Award for Journalistic Excellence. Linda also reports science, environment and earth mysteries news for Clear Channel’s Premiere Radio Networks and Unknowncountry.com. In 2005, she traveled to Amsterdam, Hawaii, and several other U. S. conferences to speak about her investigative journalism.
In 2004, Linda was on-camera TV reporter for The History Channel’s documentary investigation of an unusual August 2004 cow death in Farnam, Nebraska. In November 2009, Linda was videotaped in Roswell, New Mexico, to provide document research background for a 1940s American policy of denial in the interest of national security about spacecraft and non-human body retrievals for a 2010 History Channel TV series, Ancient Aliens.
In 2010, Linda was honored with the 2010 Courage In Journalism Award at the National Press Club in Washington, D. C., by the Paradigm Research Group’s X Conference. She has traveled in Venezuela, Peru, Brazil, England, Norway, France, Switzerland, The Netherlands, Yugoslavia, Turkey, Ethiopia, Kenya, Egypt, Australia, Japan, Canada, Mexico, the Yucatan and Puerto Rico for research and productions.