In an apparent subversive effort intended to diminish the rising popularity of independent media, traffic stats acquired through the Amazon-owned web analytics service Alexa strangely indicate that many “conservative” websites suffered a steep decline in rankings through the month of October 2014. But a stunning and disturbing correlation shows that during the same timeframe, liberal-minded, pro-establishment sites were awarded a notable uptick in rankings.

Even more perplexing is that Alexa’s own data shows Infowars.com has only risen in popularity in recent months. Scroll down to see our Alexa subscription certified numbers and Google Analytics figures below. The puzzling trend, first observed by World Net Daily reporter Leo Hohmann, appears to have affected many of the web’s most popular “alternative” sites, including WND, DrudgeReport.com, The Daily Caller, Infowars, and other major web pages which tend to carry headlines contradictory to administration talking points.

In contrast, websites for organizations typically known to toe the establishment line, such as NPR.org, MediaMatters.org and Think Progress, all saw their Alexa rankings rise, a strange occurrence which transcends mere coincidence. Take a look at last month’s plunge in traffic rankings for sites traditionally classified as “conservative.” 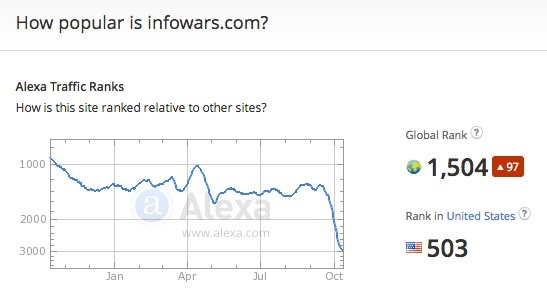 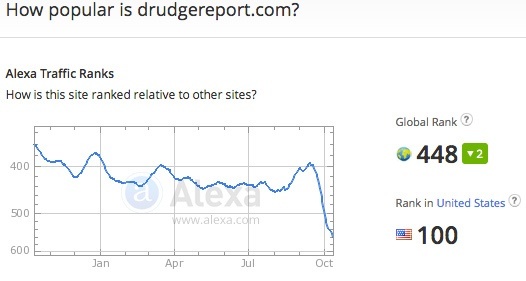 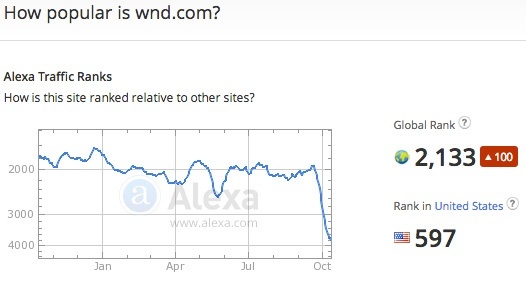 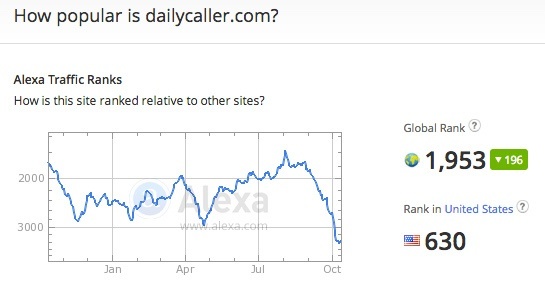 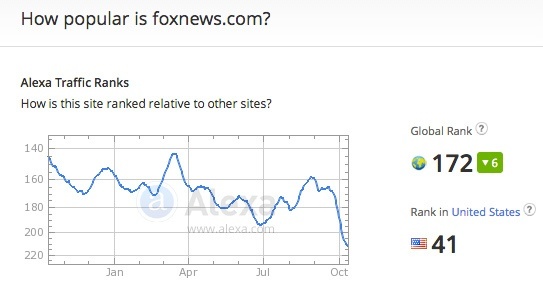 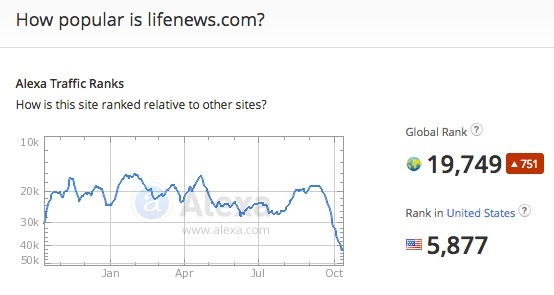 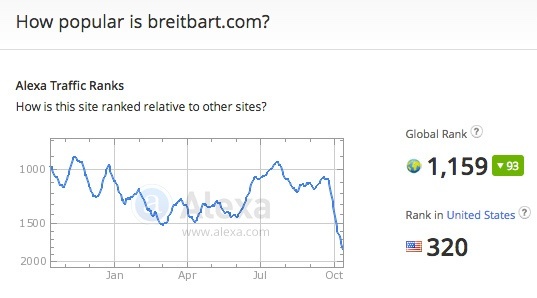 Notice a trend? Comparatively, look at how the rankings for liberal sites all saw a surge in traffic around the same time period. 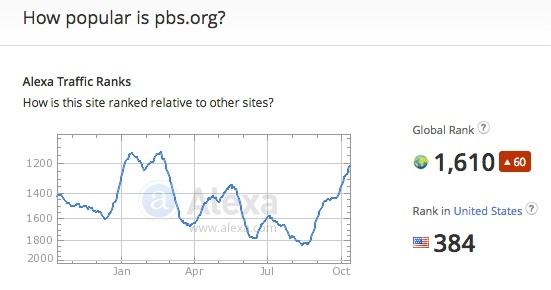 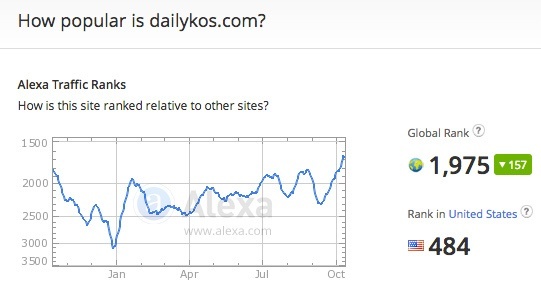 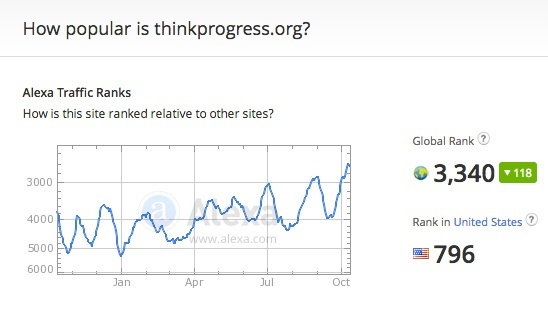 Even progressive cable news agency MSNBC, which has close ties to the Obama administration, also saw their Alexa ratings soar, despite reports that its ratings have been in a downward spiral for some time. Interestingly, Alexa’s traffic rank stats seem to contradict even their own paid subscription service data, which shows Infowars.com to have gained a larger audience from the month of September into October, a trend also noted by Daily Caller founder Tucker Carlson. “We had 13,557,850 unique visitors in September,” Carlson disclosed to WND. “By comparison, we had 12,784,656 uniques in August, so Alexa would be wrong if they’re reading the data correctly.” Similarly, an additional online traffic-monitoring service, Google Analytics, also failed to show the decrease in Infowars’ traffic appearing in Alexa’s traffic ranks.

The crass move is a blatant and deliberate attempt to sabotage websites which promulgate stories with a dissenting view of the current administration’s antics, says WND founder and CEO Joseph Farah. “What’s happening at Alexa.com is shocking and demands a public response from Amazon.com, which owns the company,” Farah commented to WND. “Over the 17 years WND has been around, we’ve seen this kind of thing before. It smacks, at first glance, like a deliberate effort to destroy and discredit alternative news sites – especially those that don’t grovel at the feet of government and seek to be the watchdogs the American press are supposed to be.” “How does one explain the disparity between the recent gains on Alexa by statist, pro-government, pro-status quo, establishment sites and the precipitous drops on Alexa by the anti-establishment alternatives?” said Farah. “These rankings are not based on dropping traffic. No such drop is taking place. The Alexa rankings over the last week suggest the company has thrown out its role as a politically impartial Internet ranking service and thrown its lot in with search engines like Google and Bing, which admittedly give preferences through their algorithms to establishment Internet content sites like CNN and Huffington Post.” As Hohmann explains, the discrepancies can possibly be attributed to the unsophisticated manner by which Alexa draws its ratings, which in the past few months have undergone drastic changes. As Hohmann also points out, fudging Alexa rankings can also work to negatively impact a company’s bottom line, especially those of outlets like Infowars who don’t receive government handouts. “The data can be important because it is used, along with that collected by a handful of similar companies like Comscore, Quantcast and Google Analytics, to determine placement of advertisements that websites rely on to pay the bills and keep running,” writes Hohmann. The fact that Alexa is owned by Amazon and Obama acolyte Jeff Bezos would also likely contribute to the conservative media’s dwindling rankings, and is almost certainly the reason his own news publication, The Washington Post, is also reporting a traffic spike: 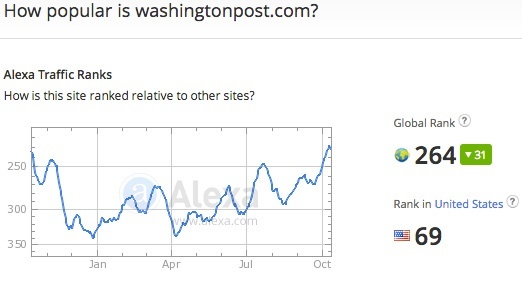