Absolutely Insane: Psychiatry Bringing Back The “Most Dangerous Drug In The World”

Feb. 12, 2013 — Scopolamine is an anticholinergic drug with many uses. For example, it prevents nausea, vomiting, and motion sickness.

However, scopolamine is re-emerging as an antidepressant, with recent studies showing that scopolamine can rapidly improve mood in depressed patients. In addition, in a new study published in Biological Psychiatry this month by Dr. Moriel Zelikowsky and colleagues at the University of California, Los Angeles, it may also be a possible treatment for anxiety disorders.

Exposure therapy, where the key goal is the elimination of fear through repeated ‘safe’ exposure to the threat, is commonly employed for the treatment of anxiety disorders. However, its effectiveness is diminished because humans and animals alike tend to be very sensitive to context, causing extinction learning to be dependent on the environment in which it occurs. This makes memories formed during extinction unstable. As a result, extinguished fears commonly return when people put themselves in new situations.

In an effort to solve this dilemma, Fanselow and his team took a novel theoretical approach. Employing an animal model of exposure therapy, they found they were able to disrupt the rats’ contextual processing during extinction using low doses of scopolamine, which blocked the return of fear when the rats were exposed to both the original and a new context.

Most dangerous drug in the world can block free will, wipe memory – Was it involved in Batman shooting? 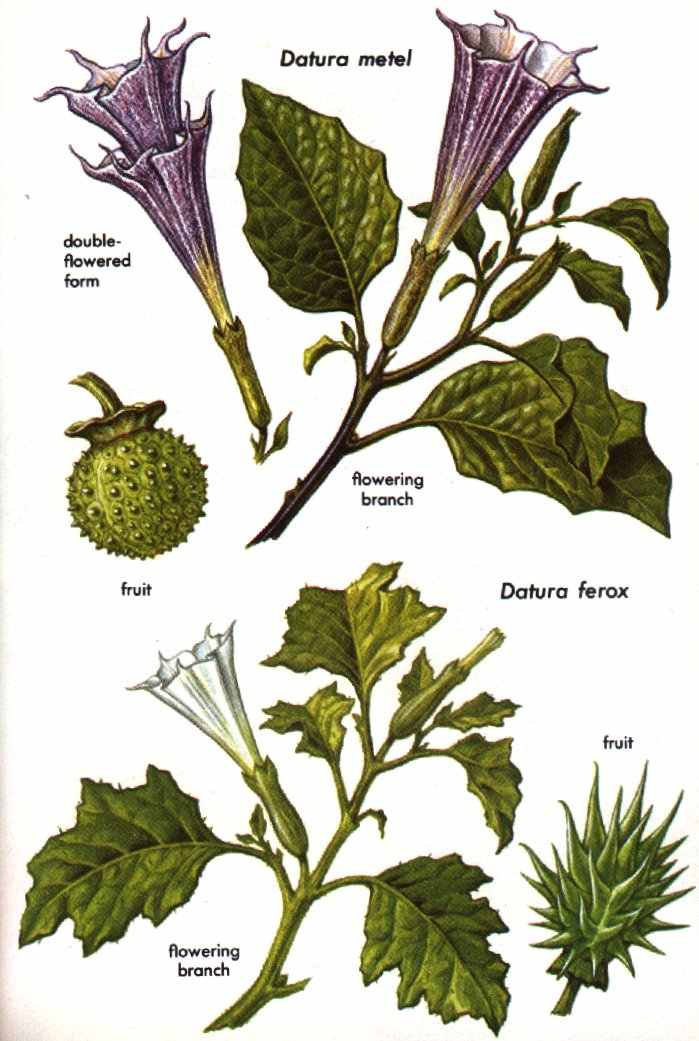 (NaturalNews) The borrachero tree, which is marked by beautiful white and yellow blossoms that droop ever so innocuously from the plant’s slender branches, holds a secret that few people outside northern South America know about. The tree’s seeds, flowers, and pollen possess hallucinogenic chemical substances that, when inhaled or consumed, are capable of eliminating a person’s free will, and turning him or her into a mindless zombie that can be fully controlled without any inhibitions.

Back in May, the U.K.’s Daily Mail ran a report on the borrachero tree, also known as the “drunken binge” tree, explaining how a substance derived from it, scopolamine, blocks a person’s ability to form memories, and temporarily inhibits his ability to make free will choices. When inhaled or consumed, in other words, scopolamine can turn any person into a robot that will do whatever another person tells him to do, even if it means robbing his own house.

“The drug … turns people into complete zombies and blocks memories from forming,” wrote the U.K.’s Daily Mail about scopolamine, which is technically a refined, chemically-altered version of the natural, mind-altering substances found in the borrachero tree. Scopolamine is often used in Colombia and elsewhere by criminals to mind-control others for the purpose of committing crimes.

“Scopolamine is a drug like no other. Nothing can compare,” said Demencia Black, a Colombian drug dealer, to Vice‘s Ryan Duffy during an interview that was later compiled into a full-length, investigatory documentary. “You could be walking … and suddenly ‘poof’ (implying that you quickly blow scopolamine powder in someone’s face) … with just that flash the person is totally drugged.”

“You wait a minute and when you see it kick in, then you know that you own that person. You can guide them wherever you want. It’s like they’re a child. You say, ‘Take me to your house, give me your checkbook, take out your savings, give me your credit card numbers,’ just like that.”

This is precisely what happened to a woman named Carolina who was drugged with scopolamine and apparently told to rob her own house, and hand over the belongings to her captors. Though she does not remember any of it, Carolina says she happily gathered all of her belongings, as well as her boyfriend’s savings and camera equipment, and helped load it up into the vehicles of her captors.

Carolina counts herself blessed, despite her losses, as many others have had much worse things done to them while under the influence of scopolamine. Reports indicate that scopolamine is often used for much worse crimes, including as a means by which to influence a person to commit more atrocious acts like rape or even murder.

You can watch the complete, two-part scopolamine investigation by Vice at:http://www.dailymail.co.uk
(As a warning, the film contains language and other content that is inappropriate for children).

Was the Batman shooting a result of scopolamine, or other similar mind-control drugs?

All of this information about scopolamine brings to mind the recent Batman massacre in Colorado which, as we reported on recently, does not seem to match the official story (http://www.naturalnews.com). Incongruous evidence and conflicting eyewitness reports have led many to wonder whether James Holmes, the man being blamed for the crimes, was under the influence of mind-control drugs during the incident that caused him to become the convenient scapegoat for a much more sinister agenda instigated by outside forces. (http://www.naturalnews.com)

Sources for this article include:

The plant grows wild around Bogota and is so famous in the countryside that mothers warn their children not to fall asleep below its yellow and white flowers. The tree is popularly known as the “borrachero,” or “get-you-drunk,” and the pollen is toxic as well. It also has a history as a mind control drug, dating back to Nazi Germany used as a truth serum and to American CIA use for mind control. It has been used during child birth, as a sleep aid, anti-depressant and more recently for motion sickness, such as for those taking a cruise.

It is currently used by NASA for motion sickness. But the dosage use for legal uses is .33 milligrams. Used in high doses of 5-7 milligrams it can render a victim into a zombie state and at 10 milligrams produce coma then death.

The drug also known as Burundanga is nicknamed Devils Breath by those who use it to commit crimes or get high. But the overdose and death rate of those using the drug illegally is extremely high, as much as 50%.

Scopolamine has become increasingly popular as a date rape drug, because unlike other date rape drugs that knock the victim out, this drug leaves the victim in a state of compliancy, in an awake zombie state, where their mind is totally controlled so they can participate in the rape, then remember nothing at all. It is that very result that made the drug so appealing to the CIA.

This same mind control technique is being used to get victims to commit crimes, sometimes against themselves such as assisting in a robbery or their own murder. While the crimes may be caught by video tape and look like the person committing the crime is using free will, they are actually being controlled to commit the crime, and will have no memory of it afterward.

Used in this high dose illegal manner, any criminal, corrupt law enforcement or government could use the drug as a means of setting up a person to commit a crime. The victim of the dosage would have no memory at all of having committed the crime, but there would no doubt be plenty of evidence for conviction. We have to wonder how many times victims have been convicted of crimes they can not remember committing.

Drug administration can come in many forms. It is placed in drinks, chewing gum, sprinkled into food, dropped down the front of woman’s dress, placed on the collar of a shirt or blown into the face. With the raw drug only a few grains will bring about strong results. One sign of contamination after coming out of the influence of the drug is a severe headache, which may last for several days.