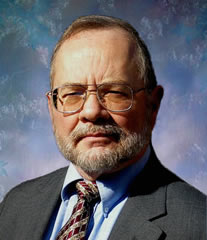 J. Michael Springmann, formerly chief of the visa section at the U.S. Consulate in Jeddah, Saudi Arabia, has testified that he rejected hundreds of suspicious visa applications by Saudi Arabian men similar to those named as the 9/11 HijackersPatsies when we was head of the consular section of the US embassy in Jeddah, but C.I.A. officers repeatedly overruled him and ordered the visas to be issued.

Springmann protested to the State Department, the Office of Diplomatic Security, the F.B.I., the Justice Department and congressional committees, but was told to shut up. He later realized that this was a CIA operation, and wrote about it in the Spring 1997 issue of the journal Unclassified.
After 9/11, Springmann observed that 15 of the 19 Hijackers Patsies got their visas
from the very same CIA controlled consulate in Jeddah
(

US News and World Report 12/12/01).
“Only one of the 15 provided an actual address – and that was only because his first application was refused. The rest listed such not-so-specific locations as “California,” “New York,” “Hotel D.C.,” and “Hotel.” One terrorist amazingly listed his U.S. destination as simply “No.” But he still got a visa. Nikolai Wenzel, one of the former consular officers who analyzed the forms, declares that State’s issuance of the visas “amounts to criminal negligence. The law is clear: “Every alien shall be presumed to be an immigrant until he establishes to the satisfaction of the consular officer, at the time of application for a visa, that he is entitled to a nonimmigrant .” State’s Deputy Press Secretary Phil Reeker remarks that 214(b) is “quite a threshold to overcome” – it just wasn’t for Saudi applicants…”

For copies of the CIA authorized visa application forms see:

And in the Third and Fourth hour we speak with Ghost Dawg from http://blogtalkradio.com/ghostsoftherepublic for some light hearted “after show” discussions about everything from UFO’s, the galaxy, paranormal activity and more. We are also joined by Crystallo, the lovely voice in Chris Geo’s track –Consciousness – who discusses her recent behind the scenes tour of a cloning facility in Texas ATM University and the dangers of GMO/cloned food.

MORE FROM Beyond The Veil >>

Chris and Sheree start off 2020 – and indeed, a whole new decade – off right, with one of our favorite guests, Auset Eyowaku, to discuss The Moon Projection Reality, Simulation Jumping, and the false dichotomy of light vs. dark within us all that ultimately divides ourselves and prevents us from achieving our true potential....

How to remove spiritual implants and octopus tentacles

Chris and Sheree discuss: How to remove Spiritual Implants and Octopus Tentacles...

Chris and Sheree speak with Richard Allen Miller about anything and everything!...

The Final Harvest of Souls – Ascension – and Soul Traps

The Final Harvest of Souls – Ascension – and Soul Traps...

The Aten, RA, The Law of One, and Comments

ALL SHOWS BY Beyond The Veil