A magnitude-8.0 earthquake hit along Alaska’s Aleutian Islands on Monday, but there were no immediate reports of damage. Amazingly it was captured live during a news cast. 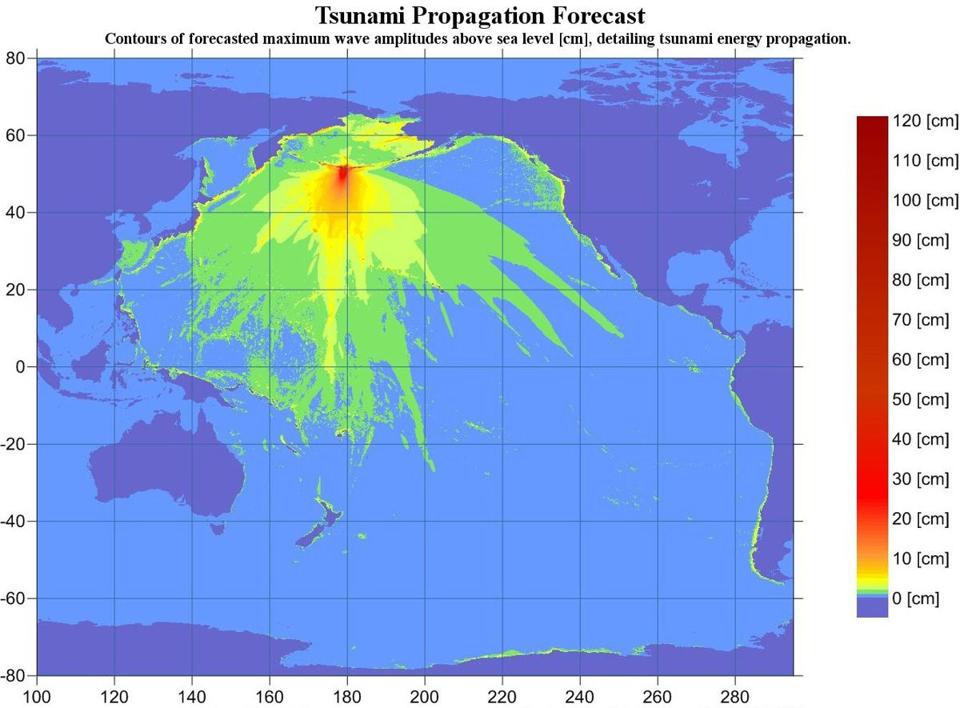 ALASKA – Authorities have downgraded the tsunami warning that was issued for parts of Alaska’s Aleutian Islands after a magnitude-8.0 earthquake. The earthquake was later downgraded to a 7.9 by the USGS. Monday’s quake generated small tsunamis, with waves of less than 7 inches, prompting the National Tsunami Warning Center to downgrade the warning to an advisory. Small waves are still expected along parts of the Aleutian Islands stretching from Unimak Pass to Attu, and officials advised people to stay off the beaches. The earthquake recorded at 12:53 p.m. Alaska Daylight Time was centered about 13 miles southeast of Little Sitkin Island or 25 miles north Amchitka Island, an area prone to earthquakes located about 1,300 miles southwest of Anchorage. There were several strong aftershocks, but no immediate reports of damage. The largest city near the epicenter is Adak, which has about 300 residents. –ABC News

6.9 magnitude strikes north of NZ: A magnitude 6.9 earthquake hit the Kermadec Islands, the northernmost group of islands in New Zealand territory, just after 7am this morning. It was followed by a 6.3 two minutes later and a 6.2 just after 8am. The quakes struck around 90km off the coast of Raoul Island, or just under 1000km from Whangarei, the US Geological Survey reports. The Pacific Tsunami Warning Centre says there is currently no risk of a tsunami from the earthquakes. Raoul Island is the northernmost inhabited outpost of New Zealand and is permanently manned. The island is no stranger to large earthquakes; a magnitude 7.6 hit in July 2011 and generated a small tsunami. A 7.4 hit later that same year in October. –TVNZ