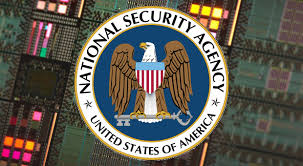 Washington, Jan. 25 (ANI): Experts in the fields of computer science, security and cryptography have reportedly published an open letter calling for an end to the National Security Agency’s alleged mass surveillance programmes.

The letter states, ‘every country must give intelligence and law-enforcement authorities the means to pursue terrorists and criminals, but we can do so without fundamentally undermining the security that enables commerce, entertainment, personal communication, and other aspects of 21st-century life.’

According to Cnet, more than 50 big names, including former chief technologists for the Federal Trade Commission, Edward Felten, Bellovin, director of the International Association for Cryptologic Research, Shai Halevi and researchers from MIT, Georgia Tech, Carnegie-Mellon, Princeton, Yale, Harvard, and a raft of other respected universities have signed the letter.

The alleged programmes were exposed by a former contractor of the agency, Edward Snowden, who has been charged with espionage by the US for the revelations that brought forth the extent of indiscriminate government surveillance on innocent citizens.

The report said that the NSA bypassed common web encryption methods for carrying out its surveillance activities, including hacking into the servers of private companies to steal encryption keys.

In their letter, the security experts have pointed out the alleged snoop-ops have not only compromised privacy of citizens but it also poses a threat to the US technology sector.

The researchers have urged the US government to subject all mass-surveillance activities to public scrutiny and to resist the deployment of mass-surveillance programs in advance of sound technical and social controls, the report added. (ANI)

Since lots of people are concerned Read Full Article about their on the web privacy, the AVAST VPN review is essential. There are many VPN services that are not at all absolutely free and offer only some features. To make sure that you do not fall victim to artificial free VPNs, it is important to...

Precisely what is an AirVPN Netflix VPN?

If you have not used a great AirVPN Netflix VPN yet, you are missing out. AirVPN Netflix may be a premiere VPN service that may be proud to provide the best level of privacy, security and features at a price that is hard to overcome. All of the top rated VPN suppliers offer some type...

There are plenty of well-known VPN courses for Android os vpn, hence what’s the https://newcomertech.com/technology/best-android-vpn finest android vpn program to use? It’s actually down to what you ought to do and where you want to be. If you have a whole lot of data going between your computer and your Android-phone, you’ll want to utilize...

Antivirus software is a very important a part of your computer. This protects you from a wide variety of threats. Allow me to explain have this application on your computer, will probably be missing out on a few of the safety features that are available. The most important factor about antivirus applications are how very...

Using the Forecast Program for Your Assets

The Vanguard software is monetary foretelling of system, which combines a number of different methods. It is now used in a whole lot of spots, including colleges and businesses. This type of computer software has a extremely flexible plan that can be tailored to suit the needs of any organization. The Forecast Professional Advisors plan,...